English women will be able to take abortion pills at home

“The psychological fallout from medical abortions completed at home can be severe”, Philippa Taylor of the Christian Medical Fellowship says. 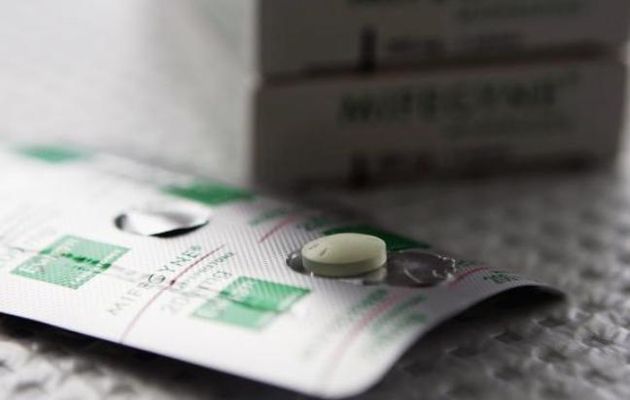 English women will be able to take Misoprostol, the second stage of the abortion pill, at home. / SPUC

The government of England will legalise the home-use of early medical abortion pills by the end of the year.

The measure will allow women to decide, whether they wish to take the second of the two required abortion pills at home or at a clinic.

The current system requires women to take both pills, mifepristone and misoprostol, 24 to 48 hours apart in a clinic or hospital, under appropriate supervision, before 10 weeks gestation.

Right now the government is working with partners, including the Royal College of Obstetricians and Gynaecologists (RCOG), to develop clinical guidance for all professionals to follow when providing the treatment option to patients.

The Government’s decision comes after Wales announced the same move in June, while Scotland made the women to be given the right to take abortion pills at home change in 2017.

Philippa Taylor of the Christian Medical Fellowship said the measure would remove “all medical information, supervision and support for a medical procedure. While this is of concern for all women it is particularly so with teenage girls or vulnerable women”.

“There is no control over when, where or even who is taking the pills. Taking such strong drugs is a serious matter”, Taylor added.

Additionally, “the psychological fallout from medical abortions completed at home can be severe, partly because women usually see the foetus, which they have to flush away themselves”.

Taylor warned that this new move is “just one step towards a longer-term goal for abortion lobbyists, to make abortions as easy as possible, using nurses, pharmacists and internet suppliers, and to remove legal restrictions”.

The Society for the Protection of Unborn Children (SPUC) announced that they “have every intention of pursuing action through the courts”.

SPUC denounces that the policy is against the 1967 Abortion Act, which lays down specific rules for approved places where procedures can take place, and demands the presence of medical, nursing or clinical staff.

“We are of the view that the policy is unlawful and effectively acts to remove the current medical oversight from the process, thereby endangering the well-being of women”, said SPUC’s Deputy Chief Executive John Deighan.

“Many vulnerable women, who may be desperate about the situation they are in, will be pushed towards what is seen as the easy option of being handed some drugs and sent home to stop being a problem for society”, he pointed out.

“CAVALIER ATTITUDE OF THE ABORTION INDUSTRY”

SPUC’s Deputy Chief Executive said that what they called ‘DIY’ abortions “put women through a terrible emotional and physical ordeal”.

“The determination of the abortion industry to push women to undergo this in their own home with no real medical supervision, illustrates their cavalier attitude when it comes to the well-being of women”, he added.

The policy “further trivialises abortion making women increasingly open to coercion, to make a choice that suits others”, Deighan concluded.

Published in: Evangelical Focus - science - English women will be able to take abortion pills at home