“Thousands will die from air pollution in next 20 years”

The European Environment Agency is warning Europe about the dangers of pollution. It is claimed that in 2011 alone, more than 400,000 people died prematurely as a result of breathing in toxic fumes. 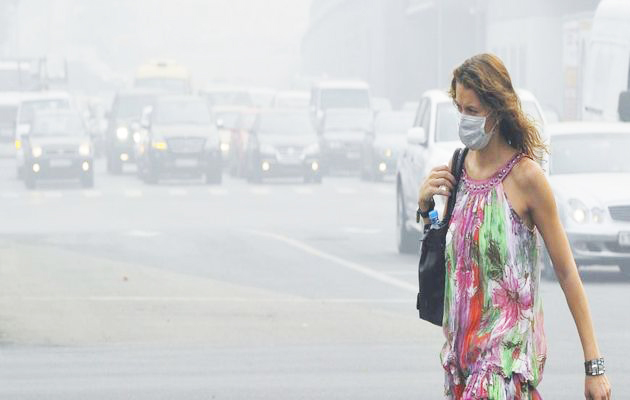 Hundreds of thousands of people in the European Union (EU), even millions if present trends continue, will suffer premature death in the next two decades because of toxic air, as a result of the EU countries’ failure to act on air pollution, according to the European Environment Agency (EEA).

Tuesday’s “European environment state and outlook 2015″ (SOER 2015), from the EEA  blames governments for inaction and says that in 2011 alone (the most recent year for which there is a reliable tally) over 400,000 Europeans died prematurely from air pollution.

Europe enjoys cleaner air and water, less waste is sent to landfill and more resources are recycled. However, it will scarcely manage to achieve its aim of "living well, within the limits of our planet" by 2050, according to the report, given that most Europeans have been using more than four hectares of the planet's resources each year, more than double what is rated as a sustainable ecological footprint.

Although natural resources are more efficiently used than before, Europe is still faring badly on other environmental indicators, including the loss of biodiversity to intensive farming and urbanisation, and the poor state of many inland freshwater systems. The Environment Agency warned that although in areas such as industrial pollution and air pollution the EU was showing good progress, the outlook for two decades from now was increasingly grim on all environmental fronts.

The agency rated key environmental indicators on a “traffic lights” system, rating them red, amber or green for how well they are being dealt with currently, and how that is likely to change in the next 20 years as current and prospective policies take a longer term effect. None of the 20 key indicators were rated as “green” in its 20 year-plus forecast. 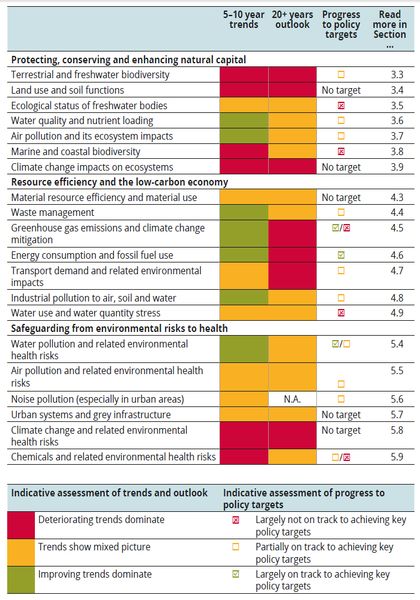 Hans Bruyninckx, executive director of the Agency said: “Our analysis shows that European policies have successfully tackled many environmental challenges over the years. But it also shows that we continue to harm the natural systems that sustain our prosperity. While living within planetary limits is an immense challenge, there are huge benefits in responding to it. Fully using Europe’s capacity to innovate could make us truly sustainable and put us at the frontier of science and technology, creating new industries and a healthier society.”

The report concludes that although full implementation of existing policies will be essential, neither the environmental policies currently in place, nor economic and technology-driven efficiency gains, will be sufficient to achieve Europe’s 2050 vision.

Published in: Evangelical Focus - science - “Thousands will die from air pollution in next 20 years”