“Science and faith are both journeys of inspiration”

Palaeontologist Simon Conway-Morris to Evangelical Focus: “There is absolutely no problem in combining a scientific career with being a person of faith.” 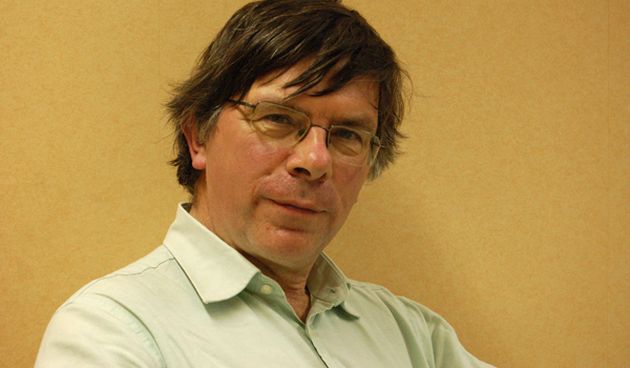 Simon Conway-Morris is an English palaeontologist and a professor of evolutionary paleobiology in Earth Sciences department at the University of Cambridge.

Conway-Morris also holds an 'ad hominem' chair in Evolutionary Palaeobiology in the same University. He has won many prestigious scientific awards, and has numerous articles published in prestigious journals.

In an interview with Evangelical Focus, Conway-Morris talked about the relationship between faith and science, his theories of evolution and the influence that the new atheism has in our society.

Question. Has science helped you to understand your faith better?

Answer. That is a very difficult question. In essence, I find interestingly congruent that both, in different ways, are journeys of inspiration. Neither of them represents, in my opinion, as we say in English, closure. Of course, you have a faith, because you wish to have a security of belief, and that is extremely important.

But, on the other hand, if you read the Gospels in particular, and, indeed, the Old Testament, one realises that there are often many things which either do not work, or go wrong, or have no explanation, and so forth, so it is an open end story in my view, it is not “cut and dry”.

The same thing with science, it has explained things with remarkable details. But there are many, many questions which remain beyond searching, and probably we will need a complete set of new tools of thought to get there.

So they do not overlap, but, in a funny way, they have more in common than one would expect.

Q. So, you dot no agree with those who think that believing in God is irrational? Is there any possibility to prove that God exists through science, or is it only by faith?

A. To begin with, and I do not want to sound offensive, in my own opinion, there are not proofs for God. But in as much as God is, in a certain way, entirely unknowable, so you do not find Him in just a scientific method.

Of course, Christianity makes a specific claim to the incarnation, and I think that is extremely interesting, because it is a historical event, which really happened, in my opinion.

And this, in a way, opens complete new worlds. But even in the time of Jesus, in his resurrected appearances, there were some people who did not believe, or they were uncertain at least. So, if you have the evidence staring at your face, you can still not believe.

And I am sure those two man were not stupid, far from it, but they could not bring themselves to think in that way, so it is much more a question of how this world makes sense. Does it make the best sense taking this religious views into perspective? Does Science, in fact, suggest that the world is well organized? With questions like that, we can start a conversation.

Q. You usually talk about evolutionary convergence, how can you explain that to someone who does not know very much about science?

A. First of all, you have to accept evolution, and second of all, it says that, rather than almost anything being possible, in fact, the number of things which actually work, are surprisingly limited.

Let me give you an example. If you study the way an insect walks and the way a dog walks, actually, they are remarkably similar, and that is because there are fundamental constraints in the way things converge. And it is not very surprising. Part is due to physics, part is due to chemistry, part is due to mechanics, but collectively they suggest that the number of solutions, the number of good ideas in evolution is limited. And therefore, it is not at all surprising that these good ideas evolve again, and again, and again.

And that is what convergence is: simply the repetitive evolution of very similar structures in animals, or plants, or all sort of organisms which are not closely related.

Q. You have said many times that you are against the idea of intelligence design, why?

Secondly, in my opinion, intelligence design tends to reduce God to someone like a super engineer. As I said in the past, there is this popular myth about God which sees God as this man in the sky with a big white beard, and intelligence design sees Him as the man in the sky with the white laboratory coat, he is the one who meddles around with things.

In fact, I think that if we look at the way the universe has evolved, or how it has fructified, it suggests to me that God is the agent of creation, and, of course, for Christians He is also the agent of incarnation, which is even more interesting.

So, instead of trying to catch science and force it into a theological straitjacket, it seems to me there are much more interesting topics to discuss.

Q. There are many scientists who define themselves as atheists, and they defend very strongly what have been called “new atheism”, what is your opinion about this?

A. I think it is fair to say that Richard Dawkins is perfectly sincere in his beliefs. He does feel very, very strongly that there is no God. In fact, sometimes he and some others so called “new atheists” sound very angry, which is a little bit surprising because, after all, if you are right, there is not reason to get angry.

My life has taught that there are very, very few stupid people around. They might be misguided but they are not stupid, so I think they are writing with sincerity.

I do not accept what they say at all; I think they are not well informed about many aspects of Christianity, and there are many philosophical arguments which they might wish to become better acquainted with, but these accusations have been made by many people in the past, so I am not saying I am new there.

But I also think -and I have observed it many, many times- that this enthusiasm for atheism is, in a funny way, very religious. They have enormous enthusiasm, they have conviction, they feel deeply that these things matter. So, in an odd way, they are closer to the religious instinct than they sometimes are willing to acknowledge.

Dawkins may be right, I do no think he is, at this moment. But as a scientist, one needs to know to deal with provisional evidence. One has to realize that our beliefs could be completely mistaken, that is a risk we all have to take.

Q. Many believe that it is impossible to have a scientific career and to maintain your faith, what would you say to those people?

A. I would say very simply that they are mistaken; there is absolutely no problem in combining a scientific career with being a person of faith. It is not obligatory. I do not think is essential, but it seems to me that, actually, the reason why I have a Christian faith is partly because I am convinced of the truth of the Gospels.

I think what they said did happen, and you cannot ignore that. But correspondingly, as I have already indicated, I think science and religion have many things in common.

Both are journeys of inspiration, both of them generate feelings of amazement, of astonishment, and make you think those things are incredible. And both of them invite you to think about new worlds.

Published in: Evangelical Focus - science - “Science and faith are both journeys of inspiration”