Today, the earth has approximately 3 trillion trees left, but each year more than 15 billion are lost. 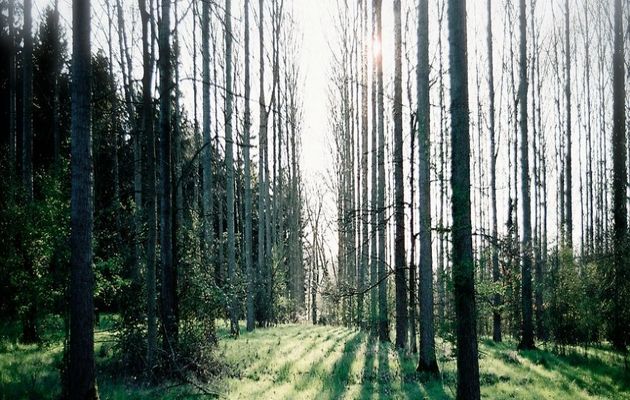 Using a combination of satellite and ground measurements, researchers estimated that there are just over 3 trillion trees on the planet, over seven times as many as the current, non peer-reviewed reckoning that relied on satellite images alone.

But people are having an “overwhelming” impact on the world’s forests, according to the international team from 15 countries. Human activities have led to the loss of nearly half the world’s trees (45.8%), the study found.

The results, published in the journal Nature, provide the most comprehensive assessment of tree populations ever produced and offer new insights into a class of organism that helps shape most terrestrial biomes.

“We have nearly halved the number of trees on the planet, and we have seen the impacts on climate and human health as a result”, Thomas Crowther, of Yale University, the lead author of the study, published in the journal Nature”, said. “This study highlights how much more effort is needed if we are to restore healthy forests worldwide”, he added.
Crowther affirmed that “trees are among the most prominent and critical organisms on Earth, yet we are only recently beginning to comprehend their global extent and distribution.”

422 TREES PER PERSON
The study was inspired by a request by Plant for the Planet, a global youth initiative that leads the United Nations Environment Programme’s “Billion Tree Campaign.”

Two years ago the group approached Crowther asking for baseline estimates of tree numbers at regional and global scales so they could better evaluate the contribution of their efforts and set targets for future tree-planting initiatives.

A previous study that drew on satellite imagery estimated that the total number of trees was about 400 billion. The new estimate of 3.04 trillion is multiple times that number, bringing the ratio of trees per person to 422 to 1.

While the density of foliage was surprisingly high overall, the researchers cautioned that global vegetation is still in decline. The number of trees on Earth has fallen by 46% since the beginning of human civilization, according to the report. The researchers said they believed the findings would provide a valuable baseline for future research on environment and ecosystems.

“INFORMATION USEFUL FOR MANY DISCIPLINES”

“The previous information that we had about the global forest system all came from satellite images...we are using all this information to provide more detailed understanding of what’s going on below the surface”, explained Thomas Crowther.

Dr. Crowther said the findings should be useful for scientists in a variety of disciplines. Biologists will be able to use the tree density estimates to determine habitat suitability for different plants and animals.

The estimates will also be critical in assessing forests’ impact on carbon in the atmosphere in different ecosystems, as well as projecting how tree populations will be affected by future climate conditions, he said.

The highest densities of trees were found in the boreal forests in the sub-arctic regions of Russia, Scandinavia, and North America. But the largest forest areas, by far, are in the tropics, which are home to about 43% of the world’s trees. (Only 24% are in the dense boreal regions, while another 22% exist in temperate zones).