Secularity and irreligion in Europe

Apologetics that is targeted on atheism is only reaching a tiny proportion of Europe’s population. The much greater challenge is reaching the huge number of unbelieving Europeans who are indifferent to Christianity and consider religion an irrelevance in modern life. 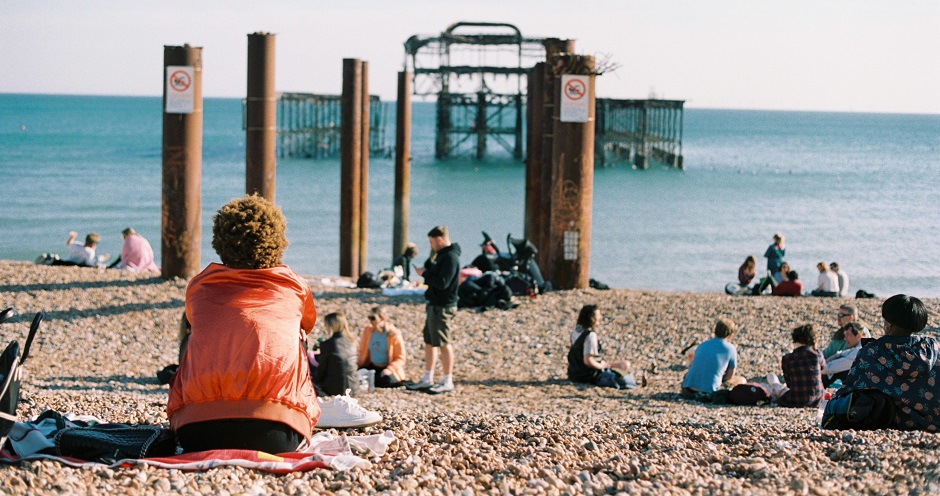 In today’s Europe, most public discourse pushes religious matters to the margins or confines it entirely to the private sphere of personal beliefs. And at an individual level, increasing numbers of Europeans say they no longer believe, no longer attend church, and no longer practice their faith in meaningful ways.

This process of secularisation has been a subject of study and debate among sociologists for many years.  Some considered it as the inevitable consequence of a rational scientific worldview which, together with the loss of the social significance of religion, would ultimately lead to the disappearance of religion in “advanced” societies. Others observed that many developed societies around the world seemed able to reconcile modernization and religious faith and that, in demographic terms, the proportion of religious people around the world is on the rise.  So why not Europe?

Yet religious belief and practice are complex phenomena. We cannot measure secularisation by merely asking if someone regularly attends church, for example, there are many who continue to believe in God even though they no longer belong to a church, and in other European countries the opposite is true: people continue to belong, and occasionally attend, a state church even though they have no personal religious faith.

To complicate the picture further, similar complexities are evident among the nonreligious. Even in the most secularised countries, the percentage of those who are convinced atheists is relatively small.  Self-defined atheism (irreligiosity) and non-belief in God (secularity) are not the same thing, as Kasselstrand and others have demonstrated.

One of the most widely used tools to track sociological trends is the European Values Study, a large-scale longitudinal survey across a wide range of human values including religious belief and practice.  There have been five waves of research over a period spanning 1981-2017.

In 2010-2012, making use of the fourth wave of EVS data published in 2008, Vista analysed and ranked the relative secularity of countries, based on six measures of belief and practice

These six questions were chosen to explore the multi-dimensional nature of religious belief and behaviour. For example, someone may believe in God and pray frequently outside of religious services, but rarely attend or have confidence in the church.  Or they may attend church but rarely practice their faith or even believe in God.  The responses from the six questions were then normalised and combined into a single measure of secularity, what we called the Nova Index of Secularity after the then Nova Research Centre at Redcliffe College.

The publication of a new wave of data for the period 2017-2020 has caused us to revisit these questions and compare the results with those from ten years ago.  We have also ranked countries according to their relative increase or decline in secularity and noted which countries have moved most significantly up or down in the ranking.

The new EVS data from 2017-2020 suggests that Czechia, Sweden and the Netherlands are the most secularised countries in Europe and that Turkey and Romania are the least secularised. When we compare the 2017-2020 NIS values with those from 2008 it is clear that, in the vast majority of countries, a degree of secularisation is continuing, and in some countries markedly so.

In the vast majority of countries, a degree of secularisation is continuing, and in some countries markedly so

The countries showing the biggest change over this period were the Netherlands, Portugal and Italy indicating that these are the countries where secularisation is occurring most rapidly at present.

Only two countries show any significant opposite trend Albania, and most notably, Germany. This striking result caused us to do some further investigation and, in particular, to consider if there might be a sampling error.

Given the significant arrival of Muslim refugees into Germany and some other countries a quick check was made of the percentage of Muslims in the datasets from 2008 and 2017, and this was then compared with the Pew Research Center data from their 2017 report, Europe’s Growing Muslim Population.

The higher percentage of Muslims in the 2017-20 Germany sample relative to 2008 may help to explain some of the secularisation, but more generally, these percentages show a significant under-sampling of Muslims in the EVS when compared to the Pew 2017 study.

Findings from the Six Questions

Sweden, Czechia and the Netherlands showed the highest NIS values for this question, though the high percentage of Czechs (16%) who did not give an answer may have skewed the numbers.   61% of Swedes, 53% of Dutch, 51% of Brits and Norwegians, and 50% of Czechs say they do not believe in God.

NIS2 – How important is religion in your life?

As authors like Kasselstrand have observed, secularity is a complex phenomena and measures of indifference to religion are also required.  Using our index, the top three countries on this measure were Czechia, Denmark and Sweden and the bottom three were Turkey, Greece and Romania.

Once again the longitudinal comparison throws up some interesting observations.  The Netherlands, Denmark and Turkey show a lessening of importance of religion whereas in Albania and Germany the opposite trend could be noted.

We might ask if this trichotomous question is really an effective way to explore religious (or irreligious) identity, but it does at least enable us to make comparisons.  Sweden, France and Czechia show themselves to have the highest secularity on this measure whereas Romania, Poland and Greece show themselves to have the lowest.  Yet here perhaps the raw data is more illustrative.  Whereas Sweden shows itself to have the lowest percentage of people who self-identify as religious (26.7%) it is France that has the highest percentage of convinced atheists (22.7%).

The longitudinal comparison however reveals some even more surprising shifts.  The country with the biggest NIS3 difference was Ukraine, which on closer inspection was largely down to a striking decrease in the number of people who say they are religious, down from 81,8% in 2008 to 59.3% in 2017-20.  In fact, most countries showed a secularising tendency in this measure.  The one exception again was Germany showing a marked rise in the number of religious people from 35% in 2008 to 52% in 2017.  Some of this can be explained perhaps by the greater number of Muslims in the sample but once again, it runs against the general trend in the rest of the data.

NIS4 – How often do you attend religious services?

This is a measure of religious participation which serves as another take on measuring secularity.  At the top of the 2017-20 league table are Czechia, France and Sweden and at the bottom we find Poland, Romania and Greece.  Whereas in Poland an astonishing 47.1% of people say they attend a religious service at least once a week, the lowest percentages of attendance are to be found in Denmark (2.5%), Finland (4.6%), Sweden (5.3%) and Norway (5.6%).   What is interesting to note in the case of all of these Scandanavian countries is that, though they have the lowest weekly attendance, many still do attend church at some point during the year.  The highest percentage of those who never attend a religious service is in France (63%), Czechia (61%) and Britain (60%).

NIS5 – How much confidence do you have in the church?

The lowest level of confidence in the church, and therefore the highest degree of secularity, corresponds in this case to Czechia, Netherlands and Spain.  Conversely Romania, Ukraine and Turkey show the highest levels of confidence.

When a longitudinal comparison is made between 2008 and 2017-20, Turkey, Romania and Croatia show the greatest decline, though in the first two cases this was from a very high level.   Perhaps more interesting are the countries that show some recovery of confidence in the church since 2008: Greece, Finland, Norway and Sweden.  In the case of the Nordic countries, it is notable that high levels of secularity, or even increasing degrees of secularity by some measures, do not necessarily mean that confidence in the church as an institution is also decreasing.

NIS6 – How often do you pray to God outside of religious services?

Europe is frequently characterised as a secular continent, yet a striking number of Europeans continue to pray regularly.  Even in the most secular countries, around one in every six or seven pray at least once a week: Czechia (15.1%), Sweden (15.7%) and Denmark (13.5%).  Having said that, in all of those countries, more than half of the people say they never pray.   The countries which pray the most are Romania, Albania and Turkey, with 79.8%, 79.2% and 77.5% respectively praying at least once a week.

Europe is frequently characterised as a secular continent, yet a striking number of Europeans continue to pray regularly

When we compare the latest wave of EVS data with that which was obtained in 2008, we note that prayer is becoming less frequent in Portugal, Turkey, Netherlands, Italy and Spain, and more frequent in Albania, Germany and Greece.  Once again, a closer analysis of the actual data reveals fascinating details in these shifts.  In 2008, 59.1% of Portuguese people said they prayed at least once a week but by 2017-20 this had fallen to 40.4%.  Likewise, the number of those who said they never prayed in 2008 was just 15.8%, but by 2017-20 this had risen to 29.5%.

The 2017-2020 EVS data suggests that secularisation in Europe is continuing and it is occurring most rapidly in the Netherlands, Portugal and Italy. However, when we take a closer look at the six different secularisation measures, we get a more nuanced picture.

On that basis, the most rapid secularisation is taking place in Britain (NIS1 – belief in God), Netherlands (NIS2 – importance of religion), Ukraine (NIS3-self-identifiction as religious), Portugal (NIS4-attendance), Turkey (NIS5-confidence in church) and Portugal again (NIS6-prayer).

The German data raises a lot of questions and should perhaps be handled cautiously. Though some of the uptick in religiosity may be due to the arrival of significant numbers of migrants during 2015/16, closer inspection suggests that Muslims were under-represented in the sample in both 2008 and 2017. It is unclear how much of the apparent increase in religious belief and practice in Germany is due to a higher number of practicing Muslims being included in 2017 relative to 2008.

In conclusion, the data suggests that secularisation in Europe is continuing but that each country may well have its own trajectory. The most secularised countries are not necessarily the most atheist, suggesting that indifference to religion is the end result of secularisation rather than atheism.

Secularity and irreligiosity are not the same thing and this has significant consequences for Christian mission. Apologetics that is targeted on atheism is only reaching a tiny proportion of Europe’s population. The much greater challenge is reaching the huge number of unbelieving Europeans who are indifferent to Christianity and consider religion an irrelevance in modern life.

Jim Memory, church planter and lecturer in European Mission at Redcliffe College (UK). This article first appeared in the May 2021 edition of Vista Magazine.

Kasselstrand (2019), "Secularity and Irreligion in Cross-National Context: A Non-Linear Approach" in Journal for the Scientific Study of Religion, 58(3):626-642