Death in a time of Covid-19

Let us not forget the future hope and comfort that enabling people to die well will bring. 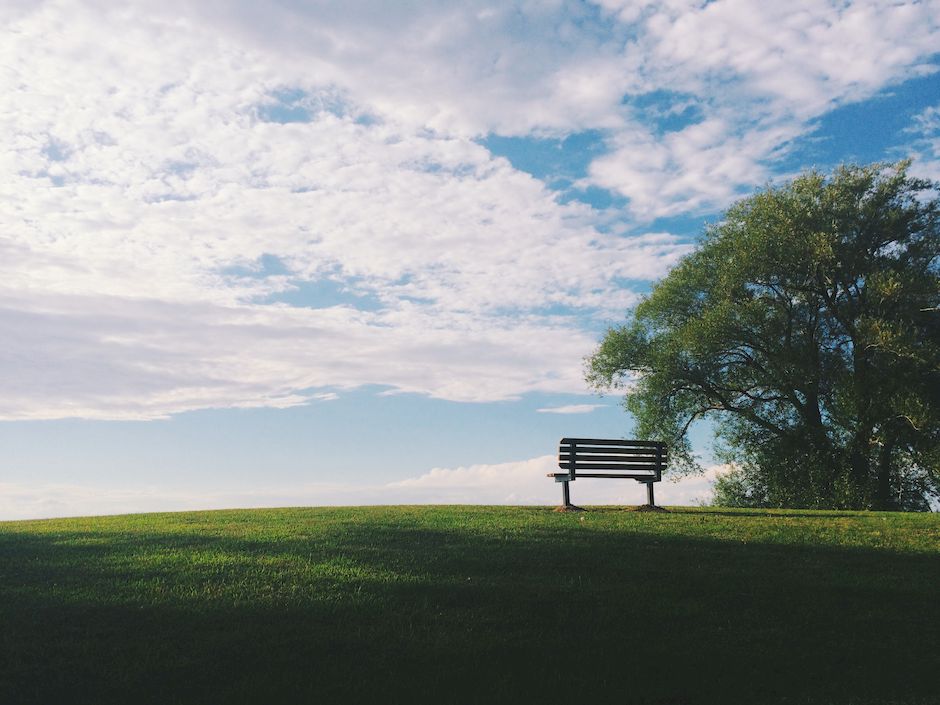 Non-religious people and even quite a few who believe in God, suppose that there is nothing after death. The expression that someone has ‘passed away’, has lost its real sense of people ‘passing’, somehow, from the midst of the living to somewhere else.

Death is reduced to a moment in time. In hospital, death happens when medical treatment stops. The devices are unplugged. The doctor determines the cause of death and that's it. The End

And yet, the subject of death, so avoided, concerns everyone. The coronavirus epidemic confronts us with the fragility of man and the reality of our mortality, despite all our techno-scientific means.

People thought the worst was past and the economy would soon recover after the first wave earlier this year, (as if the economy is the real patient!). As a second wave hits the population, we’re less confident about our capacity to overcome ‘this thing’ quickly and easily, despite the news of a vaccine offering some glimmers of hope

That is the bottom line of the whole pandemic, the underlying uncertainty, which causes so much anxiety, stress, and even depression.

Everybody is involved, me too, whether I like it or not. I might catch the virus and contaminate someone else who could die from covid-19. Even my own life is in the balance, if my own immune system happens to fail. Am I prepared for that? Are my friends prepared for that?

These questions should not be avoided.

What do Christians have to say?

By the very nature of their faith, Christians should be able to address the subject without hesitation. The Gospel is about conquering death, about a Saviour who died and rose again, who promised the believers: “I live, and you shall live”.

However, it strikes us that churches and individual Christians speak so little about facing death, about comforting, about coping with grief.

Despite a plethora of material, aimed at helping churches and individual believers to respond to the pandemic crisis, there appears to be little focus, if any, on the theological – and missiological – implications that people can no longer ignore the possibility of death.

These implications can be formulated in the form of questions that make us think: What do Christians have to say about death? What can we offer to the dying, apart from personal presence and medical assistance? Do we offer real comfort? Some kind of perspective?

What is the ‘good news’ for people in lockdown, in an intensive care unit, in an old people’s home? What is our message in a society in the grips of the pandemic? How do we encourage people to take their mortality seriously?

Very briefly, we want to highlight three elements of response to the question of death.

A believer is a realist insofar as he fully accepts the implications of his mortality, and at the same time full of hope because he has placed his trust in God the Heavenly Father, through Jesus Christ, for this life here and now, for the moment of death, and for life eternal.

From a Christian point of view, death has meaning. This is not the end but an ‘ontological’ transition, the same person who lived on earth will enter into a new mode of existence, a new dimension of life.

A believer knows that he or she will be ‘with the Lord, in the house of the Father’, because of Jesus Christ who opened the door to eternal life for men.

While this offer of salvation is made to all mankind, it has to be received by faith. It is in this life that the future beyond death is determined!

In the history of the church, a whole tradition of pastoral ministry has developed, called ars moriendi, ‘the art of dying well’. (1) The term ars moriendi dates from the 14th century, the time of the Black Death, when the churches asked theologians to write guides for the consolation of the dying.

But this part of a practice that is as old as the church itself. And it has continued until the 19th century included. Many texts have been written to help believers realise their mortality and be prepared to die, at whatever moment the Lord will call them ‘home’, to comfort those who are faced with an imminent death.

In 1519, Martin Luther preached his famous Sermon on Preparing to Die, where he proposed 20 points of reflection about death. “We should familiarize ourselves with death during our lifetime, inviting death into our presence when it is still at a distance and not on the move”, Luther preached.

Practicing this memento mori (remembrance of death) enables Christians to overcome the natural fear of death and to fight against the devil who, particularly at the hour of one’s life. seeks to frighten us with “dangerous and pernicious thoughts” and take our assurance of eternal life away from us.

One should prepare for death all along one’s life. One can be assured that God gives “great benefits, help, and strength” when the believer faces death, and by which he can be “loved and praised” even in the last hour.

This tradition has fallen into oblivion, with contemporary thinking very much focused on the faith experience in this life. But now, as the epidemic faces us with our fragility, we are reminded of themes that we have perhaps left too much aside.

John Sikorski (2) writes that today we are at a crossroads: a medicalized and scientific approach toward death accompanied by a great fear of suffering which manifests itself in two practical and diametrically opposed ways.

On the one hand, it leads to arguments in favour of physician-assisted suicide, once a certain quality of life is no longer possible. On the other hand, it leads to the endless pursuit of new and experimental therapies.

Treatment is pursued at all costs, disregarding both the likelihood of success and the disproportionate burdens that extraordinary treatments can place on the individual’s and their family’s quality of life.

Fear of suffering and death thus leads to practices that deprive individuals and families of the potential good involved in accompanying, enduring and ultimately conquering death by sharing in Christ’s victory over it.

Fortunately, there is the hospice movement that aims at creating a space for the dying where they can be accompanied in a very personal way.

Matthew McCullough recently aroused much attention through writing about enhancing death awareness, among Christians. (3) When we are aware of the reality of death, we see our problems in another perspective.

Our joy does not depend only on what this life brings us. Moreover, by facing our mortality we become more aware of the power of Jesus in our lives, who gives us the force to live and to die with him.

It is precisely this death awareness that enables us to enjoy a life a hope. Living in this way, then, is our evangelistic witness.

Care and survival – examples from the past

There is a long history of Christian care for the dying. Epidemics have occurred throughout history, spreading from one region to another through traders, soldiers and others who travelled. All over ‘Christianised’ Europe they were a recurrent phenomenon, right until the 20th century.

The severest of all was the bubonic plague called ‘The Black Death’ that annihilated between a third and a half of the European population in the 14th century and which continued to reappear periodically in Europe right up until the 18th century.

People did not know the real causes of this and other epidemic diseases, until the discoveries in the late 19th century, of what viruses are and how they spread. But they always took the same measures as today against the coronavirus: isolating those who have the disease from the rest of society.

People with the disease were more or less left to die, while those who could afford it left the crowded cities where people ran more risks and wait for the end of the epidemic.

It is interesting to see that churches, monasteries and voluntary groups of Christians have always responded to epidemics. by taking care of the people that suffered.

Church historians like Rodney Stark write that during epidemics in the Roman Empire and the early Middle-Ages the survival rate among Christians was much higher than the general population because Christians cared for one another, enhancing even the physical chances of surviving the epidemic. Christians risked getting the diseases themselves, because of their hope. They did not fear death. (4)

In the 4th century, church father Basil of Cappadocia created an institution of hospitality, aimed at taking care of the homeless, the sick and especially those who were dying. This example was quickly followed all over the Christian world, and these institutions became the hospitals.

Christians have always also reached out to society at large. The Reformers Luther and Calvin emphasised that it is a matter of Christian charity to care for those who suffer from the plague, despite the risk of being contaminated.

They and other church leaders argued that believers can take this risk, because they do not have to fear death and have the hope of eternal life.

As many people suffer from the lack of personal contact, everyone realises how precious this is. It reinforces the resilience of those who suffer, it even contributes to their physical survival.

Covid has brought a time of great challenge, but also opportunity to the church. Opportunity to be involved in practical good works, reaching out to the most vulnerable in society to meet their current needs.

But in the busyness of the here and now of helping people ‘live well’ let us not forget the future hope and comfort that enabling people to die well will bring.

This article first appeared in the December 2020 edition of Vista Magazine.

1. For a description of this tradition, and of modern authors in several churches calling to renew this tradition in today’s context, see Donald F. Duclow, ‘Ars moriendi’, in Glennys Howarth and Oliver Leaman (editors), Encyclopedia of Death and Dying Paperback(Routledge, 2014)

4. Rodney Stark, The Triumph of Christianity: How the Jesus Movement Became the World’s Largest Religion (New York: Harper One, 2011), p. 114

Published in: Evangelical Focus - Vista Journal - Death in a time of Covid-19