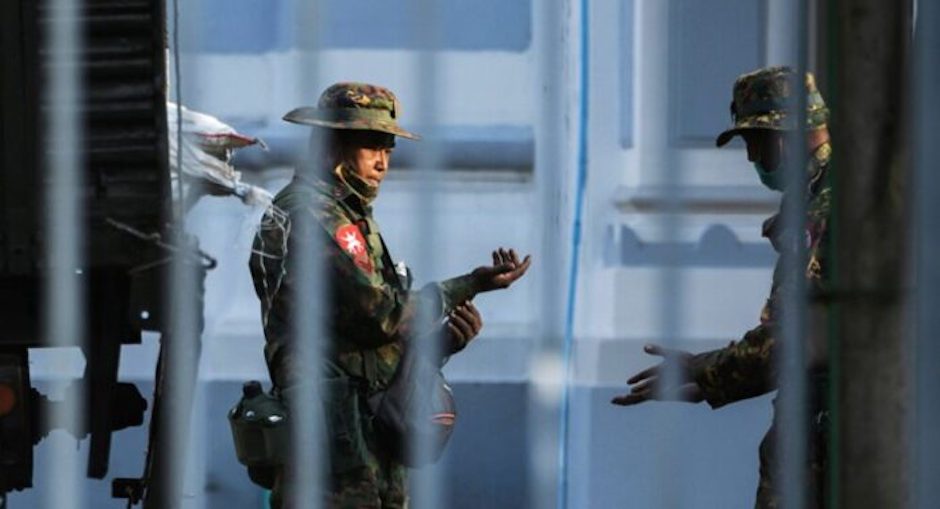 After beginning a democratic transition in 2010, following forty years of dictatorship, military has seized power in Myanmar. / Twitter.

On the same day that the first session of the new parliament formed in the November 2020 elections was due to be held, the military declared a one-year state of emergency and placed army chief, General Min Aung Hlaing and ex-officer Mynt Swe at the head of the government.

During a video address to senior officer trainees at the National Defense College, General Hlaing had said that the Myanmar’s armed forces, “need to abide by the Constitution”, which is the “mother of the law”, adding that they  “would respect all existing laws which are not beyond the 2008 Constitution”.

That Constitution that laid the foundations for a progressive democratic transition that began in 2010, after almost forty years of military dictatorship in the country, and  guaranteed the presence of the Tatmadaw (Myanmar’s armed forces) in the government, through different ministries.

However, the military considers that last November's elections were a fraud, in which Suu Kyi and her party, the National Democratic League (NLD), won, as they did in 2015, obtaining 83% of the deputies. The Electoral Commission has denied these accusations, stating that the results are legal.

“Military's actions would put the country back under a dictatorship”, the NLD pointed out.  In a statement issued on behalf of Suu Kyi, the party “urge people not to accept this, to respond and wholeheartedly to protest against the coup by the military”.

Meanwhile, the military has pledged to call “free and fair elections” after the one-year state of emergency, and has stated that "power will be handed to the winning party that has met democratic standards”. 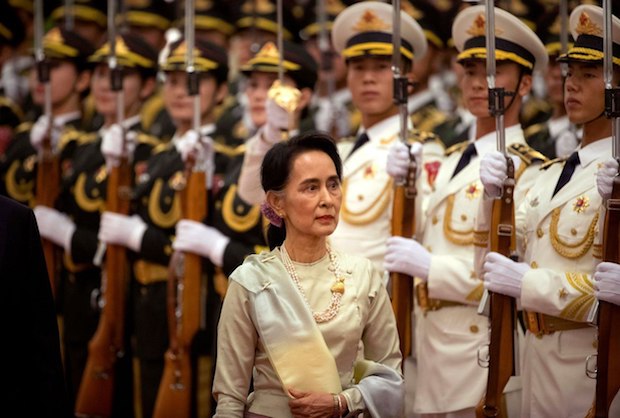 In addition to the arrests of several members of the government and political leaders, the army cut telephone lines and internet access. The Burma Bankers Association reported "instability in the system and long queues at some banks, which have ended up running out of cash”.

Several international representatives have spoken about the coup in the Southeast Asian country.

The Secretary General of the United Nations, António Guterres, has defined the army's move as a “serious blow to democratic reforms”, and asked them to “respect the will of the people and adhere to democratic norms, resolving any differences through peaceful dialogue”.

The President of the European Commission, Ursula von der Leyen, also said on social media that "the legitimate civilian government must be restored, in line with the country's constitution and the November elections”, and called for “the immediate and unconditional release of all detainees”.

British Prime Minister Boris Johnson condemns “the coup and unlawful imprisonment of civilians, including Aung San Suu Kyi, in Myanmar. The vote of the people must be respected and civilian leaders released”.

Furthermore, US President Joe Biden released a statement, saying “force should never seek to overrule the will of the people or attempt to erase the outcome of a credible election. The US will stand up for democracy wherever it is under attack”.

According to Gina Goh, ICC’s Regional Manager for Southeast Asia, “it is very worrying that the Tatmadaw chose to take these extreme measures to express its frustration over the election results. This shows that the Tatmadaw has little respect to Myanmar’s Constitution and hard-earned democracy”.

“The global community should stand up to its barbaric actions to ensure the Southeast Asian country does not recede to authoritarian military government era”, she added.

Meanwhile, CSW's East Asia analyst and author of three books on Myanmar, Benedict Rogers, has stressed that what has happened in the country is “a desperate step backwards. We urge all sides to engage in meaningful dialogue, peaceful talks and negotiation. We urge the military to respect the democratic process, and we call for international mediation to help all sides to reach an agreed way forward”.

“If the military reverts to the political repression of a decade or more ago, the international community will respond accordingly, and Burma will return to the dark days of isolation from which it has only recently emerged. It is in no one’s interests, and so we must urge all parties to step back from the brink”, he concluded.