India’s alarming Covid-19 crisis: “We urge you to pray for us”

“Church leaders, pastors and congregation members are taken away forever from the midst of us. Our hearts are totally broken”, writes an evagelical leader. Thousands die without access to hospitals. 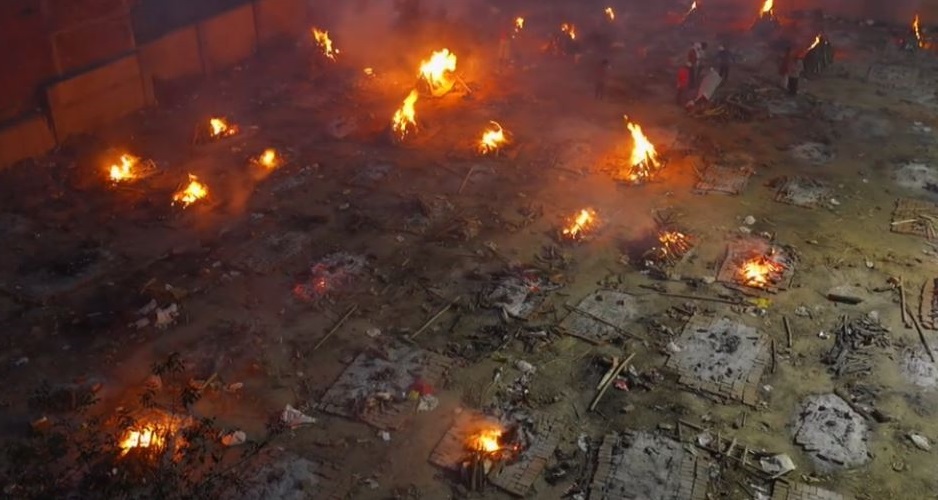 A view of one of the sites in Delhi (India) where death bodies are being cremated. / Image: screenshot BBC

India is experiencing a large-scale health crisis as the Covid-19 virus spreads without control.

Authorities said on Monday 26 April they had registered over 2,800 deaths in the previous 24 hours, the highest figure so far. The number of daily infections detected also broke the record with over 350,000. These statistics are the worst worldwide at this point.

The country is set to pass the barrier of the 200,000 deaths caused by Covid-19, but fears are that the real figures are far worse.

Testimonies from around the country speak of “panic” as people die at home or on the streets without access to hospitals. The lack of available beds, oxygen, and medicines, leaves health professionals helpless. Those who can afford it are looking for oxygen cylinders in the black market, with prices that have skyrocketed.

Images shared by international media show massive cremations of corpses performed outdoors. One in four Covid-19 tests in capital Delhi were positive in the last days, showing the high incidence of the virus.

The leader of the Hindustani Covenant Church (HCC), a network of free evangelical churches in India, described the great impact the Covid-19 has caused in recent weeks.

“Church leaders, pastors and congregation members are taken away forever from the midst of us. HCC is going through a tough time in its history”, Reverend Steven David wrote in a letter sent to Christian leaders of the IFFEC (International Federation of Free Evangelical Churches). “Our hearts are totally broken, we are shattered within”.

David shares how farewell ceremonies are being held “one after the other, [for people] upon whom I had laid my hands to ordain them for ministry at one point of time”. Relatives, including “fatherless children” and widows are asking the church leadership questions such as “what shall we do now? Where shall we go? How will we live here after?”, the evangelical representative says. “This is a huge responsibility that we have to uphold with compassion. The church needs to take a few strong steps towards their rehabilitation”.

“We too have lost congregation members and youth, who had taken up various responsibilities within various congregations. But as they are gone, please pray that new people within the congregations take up the burden of responsibility”, the HCC leader says.

The letter closes by saying: “We urge you to pray for the families of the pastors, church leaders and congregation members, that the Lord Jesus Christ may console them at this time of grief. We plead you to pray for HCC so that it is able to fulfil these inevitable tasks placed on its shoulder”.

A new mutation and the effects of mass gatherings

But other causes have helped the 2nd wave started in the beginning of April, including the large attendance to religious Hindu festivals, the celebration of five state elections, and a general relaxation of social distancing among the population.

Authorities are trying to accelerate the vaccination campaign in the second most populated country of the world, with over 1,300 million people.

The European Union and countries such as the United States, United Kingdom, France, Germany, Australia and Pakistan, have already committed to send needed resources to India. Humanitarian aid organisations are also responding to the crisis.

Published in: Evangelical Focus - world - India’s alarming Covid-19 crisis: “We urge you to pray for us”