Hundreds protest against Modi’s visit to the UK

Prime Minister Narendra Modi was greeted by noisy crowds outside Downing Street, in protest at ongoing religious persecution in India.. 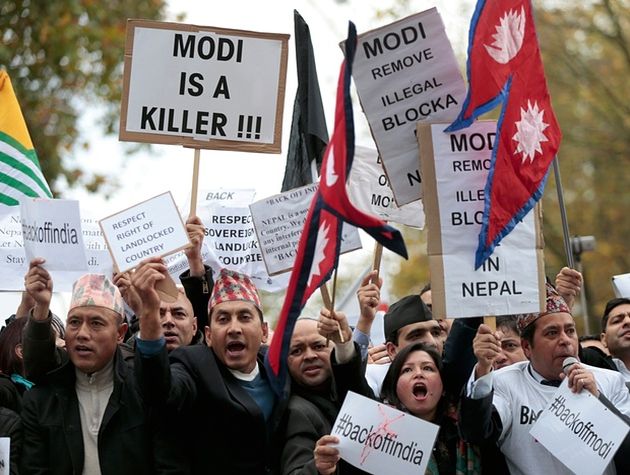 India is a very difficult and dangerous place for Christians. With a population of 1,3 billion, and 59 millions of Christians, it is number 21 in the Open Doors World Watch List of the 50 toughest countries for Christians to live.

Church buildings and believers' homes are destroyed, pastors and church members are beaten up and sometimes even killed. Hindus who attack Christians and Muslims can do so with impunity.

Modi was banned from entering the UK for more than a decade over allegations that he failed to prevent anti-Muslim riots a decade earlier in Gujarat, in which thousands died. 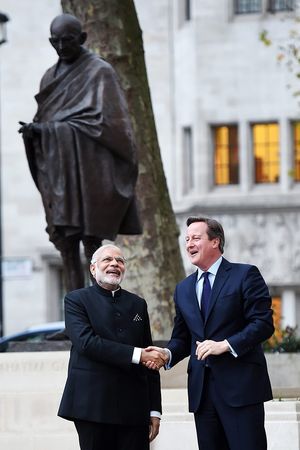 He was chief minister at the time and, while he has strongly denied any involvement in the unrest, he faced severe criticism for failing to do more to intervene. However, the ban was lifted in October 2012.

Back in 2005, the U.S. refused to give Modi a visa on the basis that he was responsible for "severe violations of religious freedom."

India's Prime Minister arrived in the UK on Thursday for a three-day visit, which includes a lunch with the Queen, giving a joint address at Parliament with David Cameron, spending a night in Chequers, and hosting a rally at Wembley stadium this Friday.

Narendra Modi was greeted by noisy crowds outside Downing Street, in protest at ongoing religious persecution in India.

“People genuinely fear the direction Narendra Modi is taking the country in terms of the impact on religious and ethnic minorities. What happens to the hundreds of millions of Muslims, Sikhs, Christians and he Dalit community in India? Where will we go?”

Many protesters mentioned the 2002 riots as the reason they were demonstrating, but others raised issues of human rights, protection for women in India and accusations of injustice against Tamils and Dalits.

“THEY ARE KILLING RELIGIOUS MINIORITIES"

“Our Prime Minister is here but he is an evil man", one Indian man told Christian Today during Whitehall demonstration. 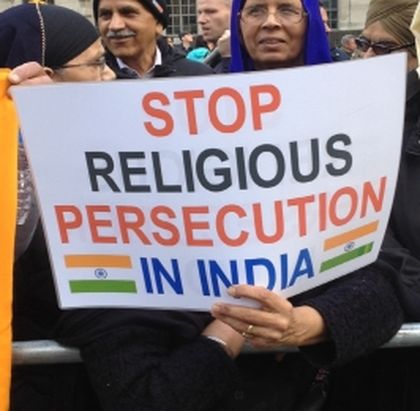 "They are killing religious minorities", said another. "The biggest group they are targeting are Christians, they are literally beaten to death", he adds.

Christian Solidarity Worldwide (CSW) has urged Cameron to highlight the marked increase in attacks since Modi came to power. The charity says there have been more than 600 cases of violence against religious minorities between may 2014 and May 2015 and an estimated 43 deaths.

"The UK must be vocal in demonstrating that trade does not trump human rights and democratic ideals", he concluded.

A smaller group of fewer than 50 pro-Modi demonstrators, kept at a distance by police, waved Indian flags and chanted “welcome Modi” as he arrived in Downing Street.

“People should respect that India is a democratic nation and he was elected by the people of India. That gives him every right to be here, Modi is the one who is going to take India out of poverty”, Shri Jayu Shah, of the Friends of India Society, stated.

The Indian prime minister will have a warmer welcome this Friday, when 60,000 members of the Indian diaspora will pack into Wembley stadium for a rock star reception and fireworks display at which he will be greeted on stage by Cameron.

Hundreds of writers including Salman Rushdie, Hari Kunzru and Ian McEwan have called on David Cameron to address the “rising climate of fear” in India.

An open letter to Cameron signed by 200 writers highlights their fears over the “growing intolerance and violence towards critical voices who challenge orthodoxy or fundamentalism in India”. It urges the prime minister to engage with Modi “both publicly and privately on this crucial issue”.

The letter was published by PEN International and signed by members of its centres in England, Wales and Scotland.

Published in: Evangelical Focus - world - Hundreds protest against Modi’s visit to the UK