The regime gets its own agents to act as clergymen, to convince the Western visitors that there was religious freedom in the country. 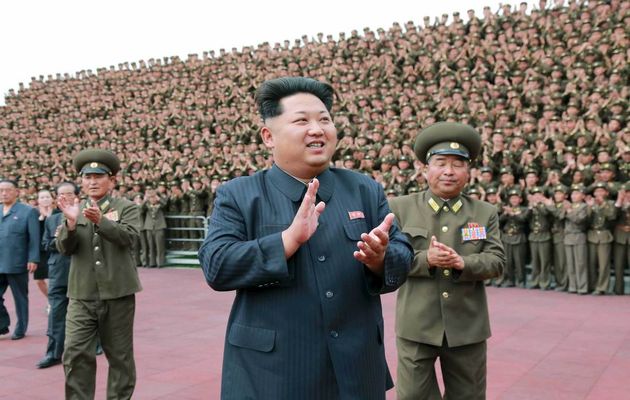 In North Korea, church services are being staged for foreigners with ‘church ministers’ who are, in reality, communist collaborators. This is what the Frankfurter Allgemeine newspaper* reports.

According to the report, a government official who fled North Korea confirmed that the regime gets its own agents to act as clergymen. Even the ‘believers’ are appointed by the system.

The newspaper explains that in June a delegation with the German Member of Parliament Hartmut Koschyk (CSU**) in North Korea’s capital city, Pyongyang, had heard a sermon by ‘Father Francisco’.

The latter had branded South Korea as a colony of imperialists. He said that with God’s help a holy war should be waged to reunite the countries, lest the South attack the North.

He added that it was the duty of every Catholic to swear allegiance to the North Korean president Kim Jong-un. The delegation had protested against these pronouncements.

“TO CONVINCE THE VISITORS THAT THERE WAS RELIGIOUS FREEDOM”

According to the findings of the Frankfurter Allgemeine, the clergyman appeared by order of the North Korean regime. His job was to convince the Western visitors that there was religious freedom in the country.

In North Korea’s capital city there is one Roman Catholic, one Protestant and one Russian Orthodox church.

According to the report, even Buddhism only exists in North Korea for the purposes of show. On the World Watch List of the aid organisation ‘Open Doors’ (Kelkheim near Frankfurt am Main), when considering the plight of Christians, North Korea has been at the top for 13 years. According to the aid organisation, some 300,000 of the roughly 24.5 million inhabitants are Christians.

Of these, at least 50,000 are in labour camps. There they are brutally tortured to force them to recant their faith. Throughout the country the secret police tries to track down the underground Christians.

They are under threat of immediate execution or deportation to a labour camp. According to official data, there are about 12,000 Protestants and 800 Catholics in North Korea.