Sixty signatures from people of a different faith and a permission from the local authority are needed to build a church. Closures and violence against Christians have not stopped the Church from growing. 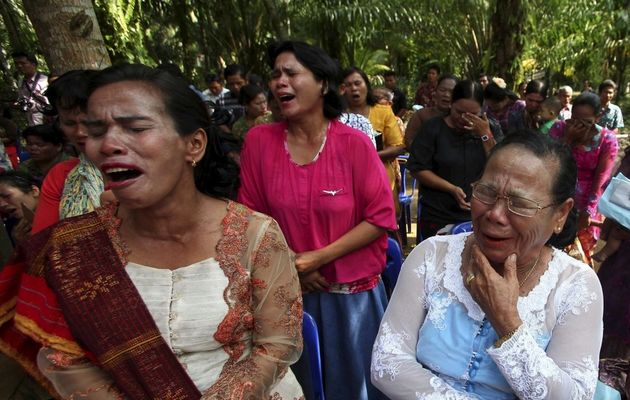 The Indonesian Christian Church (GKI) Yasmin in Bogor, West Java, will hold an interfaith celebration, and will be joined by human rights organisations.

The church is just one of many to have been closed down as part of a wider crackdown on minority faiths in Indonesia.

Minority faiths have suffered in Muslim-majority Indonesia since the implementation nine years ago of a law to promote 'religious harmony'.

In practice, this law requires non-Muslims to obtain 60 signatures from people of a different faith as well as permission from the local authority before they can build a place of worship.

If a church is deemed not to have the correct building permits, it can be torn down. GKI Yasmin has been embroiled in controversy over its permits since 2008.

Since the passage of this “religious harmony” bill, more than 1,000 Indonesian Christian churches have closed. Others have never been built.

IRREGULARITIES WITH THE PERMITS

According to Human Rights Watch World Report, dozens of Christian leaders have complained that even though they fulfill the requirements, the government has denied them permits.

The 2013 report found that 80 percent of houses of worship, including mosques, lack permits, according to World Watch Monitor.

“The parliament is dominated by opposition parties, some of which are Islamist and can make it difficult for the president to function”, WEA stated. 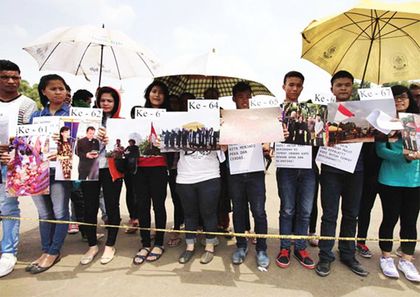 “However, just as Jokowi has managed to win their support for passing important bills, it is not impossible for him to make his way to adopt a strict policy in the area of law and order. After all, every incident of blocking of worship services, violent attacks, and closure of churches is a blatant violation of law”, they added.

In a city in the province of West Java, all of its 29 Christian churches have been forcibly closed even after meeting the requirements needed to operate legally as a church.

“WE WILL NOT STOP HAUNTING CHRISTIANS”

Imams in Aceh, the only part of Indonesia where Sharia law is practised, have reportedly ordered the torching of churches, and Christians have been subject to regular bouts of mob violence.

Earlier this month, the Gatestone Institute released a report entitled 'The Indonesia Jihad on Christian churches', which claimed that Imams had called on Muslims to torch churches.

"We will not stop haunting Christians and burning churches. Christians are Allah's enemies", one Islamic leader said, according to the report.

The extremists stir up violent mobs to destroy the buildings and threaten believers. But the persecution has not stopping the Church from growing in the world's largest Muslim-populated nation. 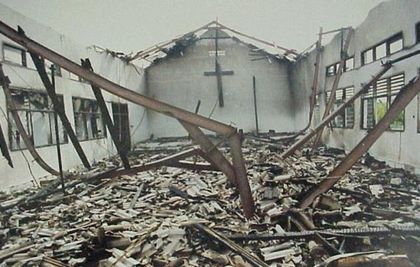 Indonesia's most radical Islamic group, the Islamic Defenders Front, is the driving force behind the church closures.

"Angry members of the Islamic Defender's Front barged into our church and destroyed our musical instruments, chairs, everything," the church's pastor, Bernard Maukar, told CBN News.

"It's been more than a year since I passed all requirements to obtain a legal permit for our church, but the local government did not pay attention to it," he continued. "And because I was holding Sunday Service without a permit, they put me in jail for three months."

"My arrest was illegal, but the police arrested me because the angry Muslims were waiting outside the church," he said.

For several months, Pastor Bernard's church held services in an open field. Today, they are worshipping in private homes.

Pastor Kaleb Manurung's church has not been targeted by the radical Muslims. That's because a Muslim leader who is his friend protects them from the Islamic Defenders' Front. 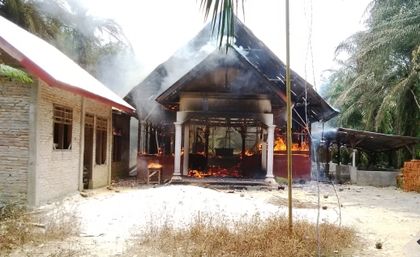 “Despite the persecution of Christians, reliable research shows the number of Christians in Indonesia has significantly increased”, Pastor Manurung affirmed.

Indonesia still has more Muslims than any other nation in the world, but Manurung believes that the rise of Christianity will bring a spiritual and societal transformation.

Just last month, the law sparked violence that eventually scared about 8,000 Indonesian Christians from their homes in Aceh province. In the country’s only province which follows Shari'ah law, Muslims had complained to authorities that 10 houses of worship lacked building permits and were illegally constructed, reported World Watch Monitor.

Local authorities agreed to demolish the churches over two weeks. But a 700-person mob got there first, and a Muslim man was shot dead after the mob burned down a church that was not on the list.

“It discriminates minorities, thus making way for the majority, mostly Muslim hard-liners in Indonesia, to pressure the government to close down churches.”

So for the past three years, dozens of Christians from GKI and HKBP have been gathering on Sundays to worship in a plaza near the country’s national monument and presidential palace as a way to protest the local government’s inaction.

“We are doing more than just getting our church building,” church member Bona Sigalingging told the Global Post. “This is our attempt to keep Indonesia a country for all. Indonesia is not a country based on any one religion.”