The evangelicals, like the rest of the citizens, hope that the new relationship with the United States will bring improvement on their daily lives. 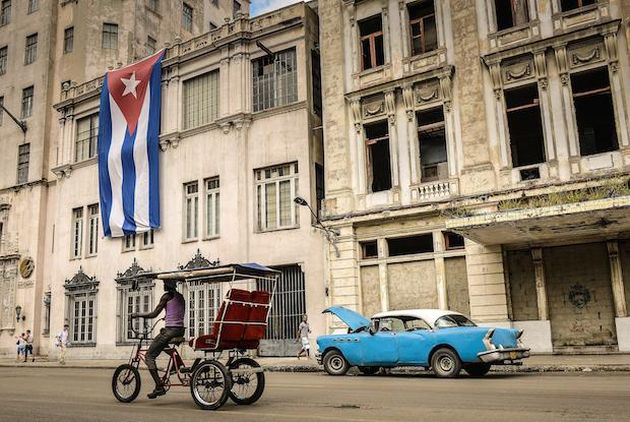 The announcement of the reopening of the relationships between the two countries, made by Barack Obama and Raul Castro, has brought more hope among the people of the Caribbean island.

The evangelicals also hope that the progressive lifting of the embargo will be beneficial for their economic progress, and the churches will be able to have normal relationships with American churches.

“Although this is just a statement of intent, and we are waiting for real steps and regulations, we cannot ignore how important this mutual recognition is”, comments Amable Morales, president of the Spanish Evangelical Alliance, who has regular contact with evangelical missions and churches in Cuba, where the evangelical faith has  grown very much lately.

“For the first time in fifty years, the uplifting of an embargo that has made people’s lives worse, is possible. The Cuban society needs a modernization for so many different reasons, and that will take many years of diplomatic, social and economic work. It seems that this first step, opens the way to start this journey”, says Morales.

“The majority of the Cubans, adds the president of the Spanish Alliance, are used to receive this kind of news with mixed emotions. They are excited for the new opportunities that this will bring, but, on the other hand, cautious, because they have already seen many grandiloquent talks that did not contribute to make lives better.  But this is such a big change in the relationship between this two countries, that it seems to finally bring hope for their hard and sad lives”.

Although the economic embargo will remain, the diplomacy could help in the development of the country. That is what Juan Francisco Martinez, professor of the Fuller Seminary, and an expert in Latin American evangelical church, thinks. “The steps will be slow, and the journey to deep changes will be son long”, warns Martinez. “The way both countries have acted is obsolete, without a clear vision for the future. The economic embargo is still there, so the exchanges will be limited.

One of the evangelical denominations that lives in the island are the southern Baptists.Terry Lassister, who supervises all the southern Baptist missionaries in Cuba, expressed his optimism. “We are very happy and hopeful for the news of a new era in the relationships between Cuba and the United States. We pray this will strength the fellowships among southern Baptists in Cuba and United States”, said Lassister.” There is so much we can learn from each other, to see the Gospel growing, and this new relationship, makes that possible”.

The Cuban citizens are waiting to see what will mean this new relationship with United States  Regarding this, the evangelicals “share the same expectations than the rest of the society”, explained us Amable Morales. “Any liberalization of commerce and capital movement could be a relief for the precarious family economy”, expressed the president of the Spanish Alliance.

“All the comments we are receiving from the island are positive”, Juan Francisco Martinez told us.” We will see if the government of Cuba will be able to control the expectations and the results of this action.

Regarding the religious freedom, we can also expect news. “Although there is some freedom of worship, there are also numerous obstacles for the development of church’s ministries, explains Morales. “We hope that the ones in charge of this process will pay appropriate attention to the religious and conscience freedom”.

Juan Francisco Martinez believes that the Cuban evangelical church is strong. “There is already an evangelical presence in the island and many Christian organizations have leagues there, and  we will see what new impact they will have with the opening. My fear is the invasion of many Christian groups that could overwhelm that church that has suffered and it has been faithful, in the middle of very difficult situations.

From a theological perspective, and as “Latin evangelical” himself, Juan Francisco Martinez considers that the political action has been positive. “If I should love my enemy, I have to look for ways to talk to him. We are still “enemies”, but at least right now, we will not need to be that “formal” with each other.

CONSEQUENCES IN THE ELECTIONS

There are very different reactions to the announcement in United States. “In general, the people in United States recognize that the former policy failed, and it is time for a relationship with Cuba. The only ones strongly against this change are the Cubans and the republicans, who criticize anything done by the president”, explains Martinez.

Finally, from a political point of view, it is important to consider the Latin voters that Obama wants to win back:  “This action and the executive order about the undocumented immigrants, give president Obama the opportunity to regain the Latin’s favor, who felt betrayed because of all the deportations of illegal immigrants during the first years of his Administration. If the Republicans do not pay attention to all these issues, it is even possible that the Latin evangelicals support the republican candidate for the 2016 elections”, concludes Martinez.