Organisers say 3 million attended the “biggest event organised by Christians in the world.” National media describe it as a “Christian carnival.” 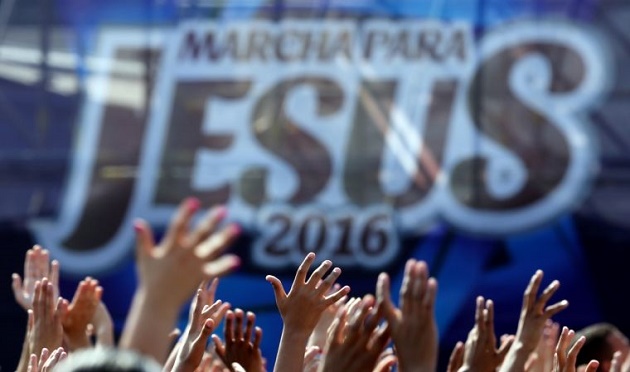 A moment of the 2016 March for Jesus celebration. / Reuters

At least 350,000 people participated in what has been described as the “biggest event organised by Christians in the world.”

Brazil's biggest city Sao Paulo was the destination for Christians coming from a wide range of evangelical denominations (the biggest churches are Pentecostal). During the march, they walked for 5 kilometres celebrating their faith in Jesus Christ.

The March for Jesus was started in London (UK) in 1987 and is now celebrated in many countries. Nowhere it has such an impact as in Brazil, where it has reached its 24th edition. 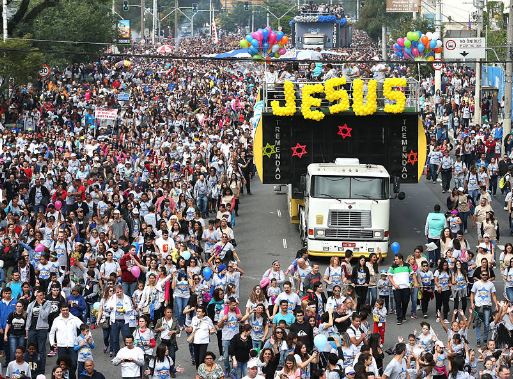 Ten trucks with music led the people to a big square in the centre of the city to worship God with songs and short messages.

Although the police officially counted 350,000 people, the organisation said there could have been up to 3 million  participants during the march.

Hundreds of children opened the event, the organisers wrote (March for Jesus website). “The party and animation was done by the presenters of  “Renascer Kids” –Gospel Network of Television’s program dedicated to children public-, Milena and professor Xuxu.”

“This is an event for all the family, we have to celebrate that we are free to share our faith” one organiser said, according to The Gospel Herald. “We are happy, because we have the salvation of Christ”, another participant added. 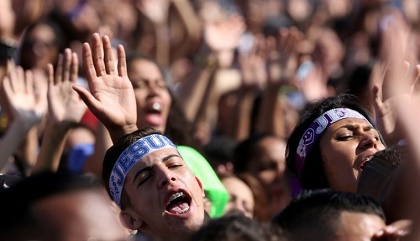 WHERE WERE THE POLITICIANS?

Not many politicians accepted the invitation to participate in this year’s march, the newspaper Folha de Sao Paulo reported. Among the few Christian representatives were a Senator and other regional politicians. This trend could be due to the “fear” of negative reactions to politicians.

Brazil is going through a deep political crisis which led to the impeachment of President Dilma Rousseff. Some leaders of influential evangelical churches have expressed their support to the political opposition to the government. 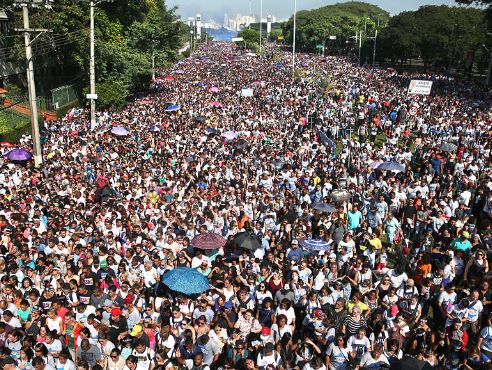