After a popular consultation on the new ‘Code of Families’, Cubans will vote the final text in a referendum in July. Evangelicals have criticised several parts of the draft law. 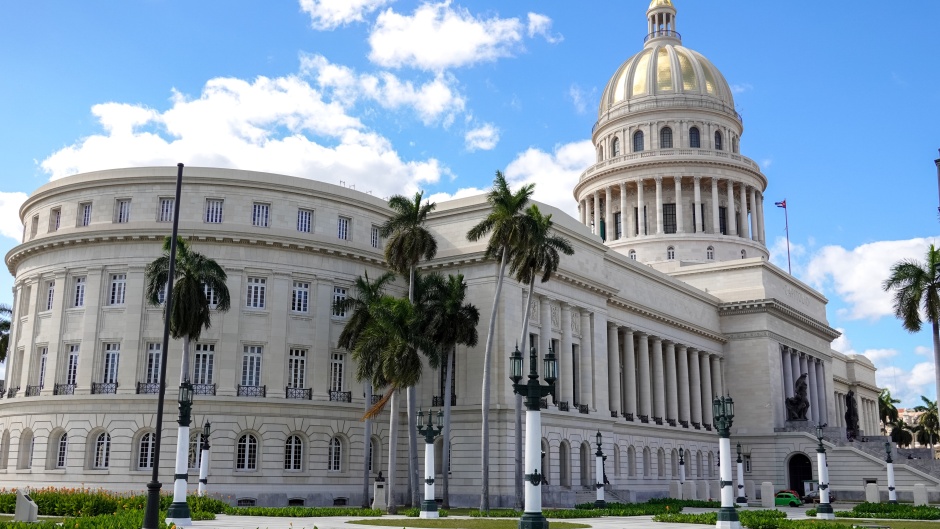 Cuba has closed a popular consultation on the known as Code of Families, after around 78,000 meetings throughout the country in the last three months. Proposals of modifications, eliminations or additions were collected among the civil society.

The feedback of the population will now be filtered by the commission in charge of writing the definitive Code, and the text will then have to go to Parliament for approval. Finally a referendum is expected to take place in July.

The consultation has led to a broad social debate in Cuba, with intense participation of evangelical Christians. An evangelical pastor was among those who took part in a state television programme, where he criticised several aspects of the new Code of Families.

The social platform “To school but without gender ideology”, which last year got thousands of signatures to stop the implementation of such policies, has also voiced its positions.

Question: What is the draft law on the Code of Families?

Answer. When the Constitution was approved in 2019, the LGTBI community wanted to introduce the concept of equal marriage, as a union voluntarily arranged between two people. However, 66% of the proposals made by the people were against the introduction of this type of marriage.

That is why the drafting commission in charge of the Constitution removed it from the text and proposed that only the family code should be submitted to a plebiscite and a referendum, two years after its implementation. Therefore, a popular consultation was established.

This commission, along with all social spheres of the nation, has written a draft that has had 24 versions. It should propose, and put in the hands of the people, what is the draft of the Code of Families.

The Constitution says that they were to propose "the Family Code", in singular form, so the title already contains an error. In any case, the aim is that people can propose additions, modifications or the elimination of concepts that currently appear in the draft.

The intention of the Cuban government is to guarantee the right we have to participate in the understanding of the laws and to contribute, add to them or show our disagreement.

If the Code goes to plebiscite as designed, at the time of the election there will be two tendencies in Cuban society - those who support and those who do not support the proposal.

Q. How has participation developed in practice?

A. The national electoral council, which is autonomous, established more than 78,000 places where the referendum was held. There was a division into constituencies, of about 150 people, and a table president, usually accompanied by two jurists, who collected the proposals of the Cuban citizens.

No debate was allowed: the authorities only collected the proposal and classified it (modification, addition or elimination, or other).

The draft law has more than 471 articles, a very dense law. At the same time it is classified in 2,283 paragraphs. In one meeting we had to go through them all and present our amendments.

Once the meeting was over, the table introduced the proposals through an electronic system, so that they could be classified. The municipality passed them on to the province and finally, a national commission collects these proposals.

Q. How have you participated in this kind of consultations?

A. Prior to the consultation, there was a dynamic test to assess how the system worked, and we noticed many inconsistencies and errors that could affect its development, above all due to the lack of knowledge of the text of the jurists who participate, and how to classify the proposals.

This concerned us, but the most worrying thing is that around 8 million citizens should participate in the plebiscite, but the drafting commission, which is responsible for publicising the text, a "book" of 79 pages, only committed to printing one million copies. The rest of the population would have to access it through digital means.

The problem is that 20% of the population is over 60 years old and not everyone has access to the Internet. The population has therefore not been sufficiently prepared before the consultation.

There is something wrong with this. The prophet Hosea said that the people "perished for lack of knowledge". Simón Bolívar, paraphrasing, said that it is easier to conquer people through ignorance than through force.

So we have been denouncing on social media that some people have gone to the popular consultations without even knowing what they were going to talk about.

Another thing that worries us is that many popular consultations turned into a defence of the project by the people in charge of the tables or the jurists, who were not there for that, but to collect the proposals and clarify in case there were any doubts. They even told some citizens to shut up when they did not agree with the Code of Families.

Evangelicals have participated, speaking out against many points. Many have been silenced, restricting their rights as citizens, despite the fact that the Constitution guarantees us the right to express ourselves. We have actively participated and wehave encourage Christians to participate.

Q. The “To school but without gender ideology” campaign has been monitoring the debate around the Code. What are the most worrying proposals for you?

A. There are some very good things in the Code, and we recognise that. But when we analyse it, we also find things that are harmful for families, for marriages, for children.

The most harmful aspect is the wrongly named homosexual marriage. Trying to recognise two people of the same sex as a marriage is, in our opinion, wrong, because marriage is meant for procreation, which guarantees the generational change in society.

There was already a majority of voters in the referendum on the constitutional reform who expressed their disagreement with same-sex marriage.

We want to maintain the current Code, that marriage is between a man and a woman.

The majority do not agree either with removing the term "parental authority" and replacing it with "parental responsibility". Those who support the text say it means the same thing, but if that is the case, why do they want to change it?

An example: if a 14 year old child perceives himself as a woman and wants to have a sex change, the parents could not oppose because they would not have parental authority and if the authorities support his wish, they could not oppose and would commit a crime.

Another dangerous concept is that of progressive autonomy, which is throughout the Code, in 22 articles and 27 paragraphs, including a final provision and in the glossary of terms.

Another point is that the current Code states that parents can correct, discipline their children moderately. We know the value of correction. The Bible tells us that God, as a father, corrects whom he loves. And that the child must be corrected, but without violence or punishment that causes trauma.

But the new Code says that in no way can parents correct their children with any kind of punishment. We have advice from other brothers in other countries who tell us not to allow this, because today children in some places cannot be corrected or disciplined at all, because they accuse you and they can take away your custody.

Another area of concern is homoparental adoption. We know how important it is for a child to have male and female role models in the family. Adoption is a right of children, not of adults.

We believe that parents are identity models for children, and we must protect the right to have a mother and a father. That is protecting the best interests of the child.

Another thing is assisted parenthood: post-mortem children, when a man makes a donation to a sperm bank and the woman has a time to be inseminated with that sperm. But if the death of a spouse is so hard, how is it in the interest of the child to be born an orphan? The interest of a person is put before that of the child.

We do not agree with surrogate motherhood either. You cannot commodify parenthood. Children have to be raised by their parents.

In general, we see that the authorities in Cuba have wanted to move towards a model of modernity of values that is contrary to what it has been until now.

The implementation of these laws does not favour Cuba, which is one of the most ageing nations in Central America, and this is expected to continue to increase. The active labour force has declined due to ageing and migration.

It is sad to see so many professionals leaving Cuba. More men are being born than women, and more people are dying than being born. The generational replacement is not guaranteed.

We have a complicated economic scenario, with an indebted nation, whose welfare has been declining. We have a broken economy. But despite this, they have wanted to launch this process which, in general, I think goes against the identity of our population.

Q. Have you informed or trained people about this position?

A. We made a document with the articles and paragraphs with the proposals that we considered incorrect, so that people could propose their elimination, modification or addition.

We printed them to distribute among evangelical groups, churches, in different areas. The initiative has been well received, despite the attacks we have had, we still have a Facebook page with many followers where we explain our views.

We also have several videos on Youtube explaining this situation and the position we defend. We focus on social media, as the government propaganda has left little room for presenting divergent positions.

Christians and non-Christians alike have raised their voices to say no. First we focus on the consultation, and now it will be time to consult the final text, and from there to see how we will vote in the referendum in July.

What we see is that the family is under attack worldwide, and this is what is now coming to Cuba. They know they have to try to divide us or frighten us with their proposals, but this shows us that we are on the right path. We oppose the enemy, and we have faith that in Cuba they will not win.

Published in: Evangelical Focus - world - The new Cuban legislation on the family is ‘harmful for families and the nation’