What is the meeting of Orthodox Churches in Crete all about?

“The relationship between Orthodoxy and those Churches which are in the process of accepting liberal moral values and doctrinal relativism is deteriorating”, says Francisco José Pino. 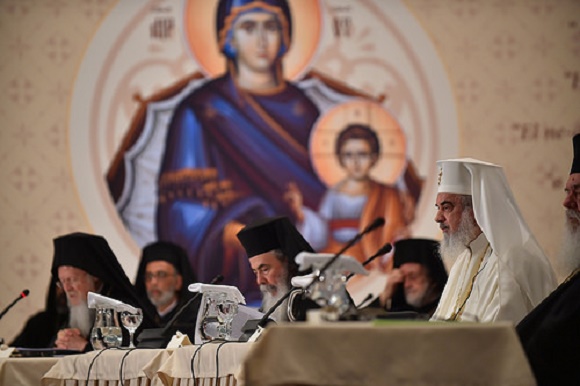 Most autocephalous Orthodox Churches and 500 representatives are participating in a historic Ecumenical Council these days in Crete (Greece).

Much has been said about the fact that the last meeting of this kind happened in year 787. But what is the deeper significance of the gathering?

Francisco José Pino runs the news website of the Sacred Orthodox Metropolis of Spain and Portugal (Ecumenical Patriarchate of Constantinople). He shared his views in an interview with Evangelical Focus.

Question. Why is this meeting in Crete important?

Answer. The last Council or meeting of Bishops recognised as Ecumenical (i.e. universal) by the Orthodox Church took place in the year 787, and since then there have only been local Councils to discuss various issues. The importance of the Holy and Great Council is that for the first time in centuries the 14 autocephalous Churches have been summoned in order to respond, not to particular doctrinal problems as in the past, but to the pastoral needs of Orthodox Christians and the wider community in the contemporary world.

It also aims at setting up a precedent by creating a new formula that will allow the different Orthodox Churches to get together on a regular basis in order to be able to bring the light of Christ through their common witness to a fragmented and suffering world.

Q. Why have the Orthodox churches of Russia, Antioch, Bulgaria and Georgia not attended this meeting?

A. All the Orthodox Churches have been working together for more than 50 years in the preparation of the Council, but at the last minute some of them surprisingly announced that they were not participating.

The first one to do so was Bulgaria due to disagreements on some of the topics and texts to be discussed and the seating arrangements of the participants, observers and guests, and also for economic reasons.

Then followed Antioch, mainly because it considered that the issue of Qatar (whose jurisdiction is being disputed by the Patriarchate of Jerusalem, which has caused a breach in communion between both Churches) had to be resolved before the Council took place.

Finally, Georgia (a Church strongly opposed to ecumenism) and Russia also withdrew based on the fact that other Churches would be absent.

These four Churches have expressed their conviction that the Council should be postponed until the different issues have been resolved, but the Ecumenical Patriarch has insisted that it be celebrated -as had previously been unanimously agreed- and that all the concerns of the Churches be treated in that forum. 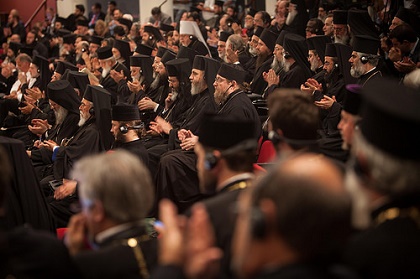 Q. What significant conclusions are expected to come out of this meeting?

A. The Council will discuss and amend before their final approval six documents already drafted in the pre-conciliar meetings, four of which could be considered internal to Orthodoxy ("The Orthodox Diaspora", "Autonomy and the Means by which it is proclaimed", "The Observance of Fasting and its Importance today" and "The Sacrament of Marriage and its Impediments") and two related to the wider Christian and human Community ("The Mission of the Orthodox Church in Today's World" and "Relations of the Orthodox Church with the Rest of the Christian World").

The first four are very important to us as Orthodox Christians because they will hopefully help regulate the relationship between the different Churches present in non-Orthodox countries (the so-called "Diaspora", where there is currently an undesirable situation of overlapping jurisdictions), counter the challenges faced by natural marriage due to the existence of immoral laws in many nations, and emphasise the importance of fasting as an instrument of ascetical struggle and spiritual growth in an increasingly secular society.

The other two documents (which are by far the longest) will have a significant impact on the way that Orthodox Christians relate to the world, both secular and Christian, as stewards of Creation and bearers of the saving message of our Lord Jesus Christ.

Q. What are the theological and organisational differences between the main Orthodox Churches?

A. Apart from some minor ritual details in the celebration of the Divine Liturgy (the Mass) and the Sacraments or the type of chant used (pure Byzantine in the Greek tradition against more Westernised polyphony in the Slavic tradition), there are really no theological or organisational differences between the 14 autocephalous Orthodox Churches, as they all share the same faith "once delivered to the saints" and the same synodical system of governance (all the Bishops have equal status under the presidency of the Primate).

What causes some division between them are rather non theological issues often related to what has been called "ethnophyletism" (i.e. ecclesiastical tribalism or nationalism, according to which a separate people or State must necessarily have its own separate Church), which was condemned as heresy at the Council of Constantinople in 1872 but has unfortunately been a feature of Orthodoxy (and a scandal to the world) since the 19th century.

Another dividing factor (which is never stated publically but can easily be perceived by the actions of some Churches) is who should be the leader of Orthodoxy: the Primacy falls on the Ecumenical Patriarch (the Archbishop of Constantinople-New Rome) in virtue of the canons of the first Councils, but this is "tacitly" contested by other Churches on the basis of their "superiority" in terms of the number of baptised members or political and economic power.

These are the two biggest "cancers" of Orthodoxy, and we hope the Holy and Great Council will help overcome them. 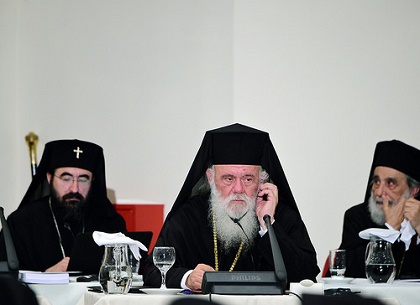 Q. How do the Orthodox Churches generally approach dialogue with Roman Catholicism and Protestantism?

A. As the aforementioned document "Relations of the Orthodox Church with the Rest of the Christian World" rightly states, the Orthodox Churches have actively participated in the Ecumenical Movement since its inception, and all of them are part of the World Council of Churches (WCC) -with the exception of Georgia and Bulgaria, which withdrew from it- and other interdenominational bodies.

We must say clearly that the Orthodox Church believes itself to be One, Holy, Catholic and Apostolic Church of Jesus Christ where the fullness of faith is to be found, but this in no way means that we do not recognise many elements of truth in the rest of the Christian confessions, with which we have a common origin and with whose members we must entertain a friendly and collaborative relationship.

Having said this, it is true that not all Churches have the same positive attitude: the Patriarchate of Constantinople, for example, is at the vanguard of ecumenism worldwide, and at the other end of the spectrum we have the Church of Georgia, with many shades of grey in the middle.

As regards its similarity to other Christian traditions, we could say that Orthodoxy is theologically very close to Old Catholicism and traditional Anglo-Catholicism, then to Roman Catholicism, and less so to Protestantism; however, it has traditionally maintained a very friendly relationship with Anglicanism, so much so that in the 1930's some Orthodox Churches came to officially recognise the validity of Anglican orders (even though this has had no practical effect and can be considered "dead letter" today with the appearance of a female ordained ministry in Anglicanism).

Nowadays the relationship between Orthodoxy and those Churches which are in the process of accepting liberal moral values and doctrinal relativism is naturally -and sadly- deteriorating.

Francisco José Pino Rodríguez works as a translator in Spain. He became a member of the Holy Orthodox Metropolis of Spain and Portugal (Ecumenical Patriarchate of Constantinople). Currently he administers the news blog and Facebook page of the Metropolis and follows distance learning courses at the Institute for Orthodox Christian Studies (Cambridge).

Published in: Evangelical Focus - world - What is the meeting of Orthodox Churches in Crete all about?