Nicaraguan evangelicals and the government come to an agreement

The restrictive norm against the entrance of missionaries has been declared void. “We thank the government for being understanding”, evangelical representatives said. 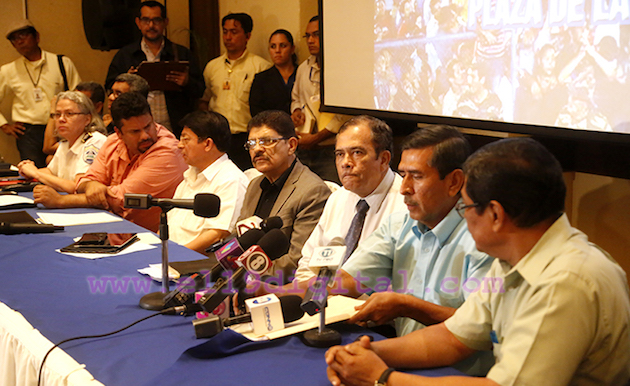 Leaders of several Nicaraguan evangelical churches and organisations signed an agreement with the government to lay down administrative regulations for the entry of missionaries, humanitarian organisations and associations in Nicaragua.

In the previous weeks, the Nicaraguan authorities had released a norm very restrictive for evangelical and Roman Catholic missionaries. They had to inform about the reasons for coming to Nicaragua and it was up to the government to let them in or not. Evangelicals were the most affected faith group, and reacted with surprise and indignation.

Pastors and evangelical associations had had several meetings with the government in the last weeks.

According to Rafael Arista, president of the Assemblies of God, 95% of the Nicaraguan churches were represented in the agreement, which means more than the 45% of the national population.

"We want to thank God because now the churches will only have to meet a short administrative rule, so that all ministers and missionaries will be able to come to our country as many times as they want", said Arista.

“We also thank the government for being understanding, listening to us, and let us work as we have done in the past”, he added.

“We have received explanations from the government and we have come to very positive results, because the previous legislation has been declared void. Nicaragua has won with this agreement which reduces the procedures missionaries needed to do here and abroad”, Aristas explained.

“PASTORS ARE NOT A THREAT”

Initially, the govenment stated that this legislation has been approved to address the possible influence of organised crime in Nicaragua. The spokesman of the Roman Catholic Episcopal Conference, bishop Jorge Solórzano, said the government had told him those issues “were only related to evangelicals.”

But the chancellor Denis Moncada, stressed that "at no time the state has seen pastors or religious leaders as a threat. What we said, as our authorities have already explained, is that there have been some international criminal associations which have tried to use or hide under religious organisations, to carry out their criminal activities.”

Published in: Evangelical Focus - world - Nicaraguan evangelicals and the government come to an agreement