The motion condemns Israel on several issues regarding Jerusalem and its holy sites. Due to Israeli efforts, no European country backed the motion. 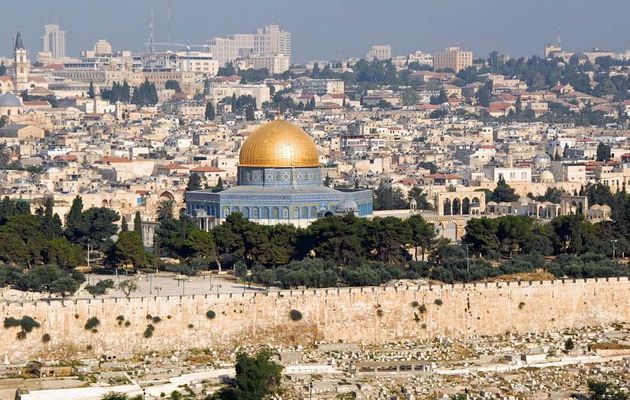 UNESCO says Temple Mount is sacred only to Muslims.

UNESCO adopted an anti-Israel resolution Thursday that disregards Judaism's historic connection to the Temple Mount and casts doubt on the link between Judaism and the Western Wall.

Twenty-four countries voted in favor of the decision and six (U.S., Britain, Germany, Holland, Lithuania and Estonia ) voted against, while 26 abstained, and just two were missing from the vote.

Accordin to Haaretz newspaper, a senior source said that the efforts of Israeli diplomats significantly changed the votes of European states, none of which supported the motion. Israeli efforts, he said, succeeded in swaying France, Sweden, Slovenia, Argentina, Togo and India to abstain from the vote.

NOT SACRED FOR THE JEWS

The resolution, which condemns Israel on several issues regarding Jerusalem and its holy sites, was advanced by the Palestinians alongside Egypt, Algeria, Morocco, Lebanon, Oman, Qatar and Sudan.

It asserts that Jerusalem is holy to the three monotheistic religions: Judaism, Islam and Christianity. However, it includes a special section dealing with the Temple Mount, which says the site is sacred only to Muslims and fails to mention that it is sacred to the Jews as well. In fact, it mentions neither the Hebrew term for the site – Har HaBayit – nor its English equivalent, the Temple Mount. The site is referred to only by its Muslim names – Al-Aqsa Mosque and Haram al-Sharif. 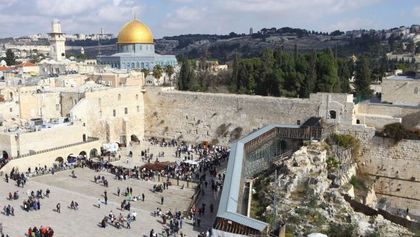 "With this absurd decision, UNESCO lost the little legitimization it had left. But I believe that the historical truth is stronger and the truth will win," he said.

Israel's ambassador to UNESCO, Carmel Shama-Hacohen, said in response to the vote: "The Palestinians have lost all support in Europe, including France, Spain and even Sweden. Along with the shift of position of key countries such as India and Argentina to abstention, the vote constitutes a significant achievement [for Israel] compared to the opening conditions for prior votes."

The UNESCO executive board adopted a similar resolution at the organization’s previous conference in April. The resolution was passed with the support of a number of European states, headed by France.

This caused an acute diplomatic crisis between Israel and France, which included a harsh telephone call between Prime Minister Benjamin Netanyahu and French President Francois Hollande.

After that incident, the French president and other senior French officials, promised that they would not support such resolutions in the future. 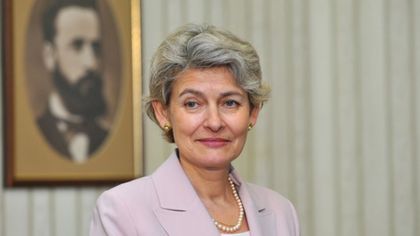 The Palestinian Authority welcomed the vote, adding that it regrets that "few countries succumbed to the PR bullying orchestrated by Israel, which shifted the focus from Israel's illegal and colonial actions in occupied East Jerusalem to issues irrelevant to the content and objectives of the resolutions, which aims to put an end to Israel's dangerous and illegal actions against holy sites in Jerusalem and Palestinian rights, including the right to worship."

"This is especially regrettable since those member states are well aware of the dangerous situation in Jerusalem," the statement added.

Chairman of the Zionist Union party and leader of the Israeli opposition, Isaac Herzog, urged UNESCO to withdraw the resolution, saying: "UNESCO betray their mission, and give a bad name to diplomacy and the international institutions.”

“Whoever wants to rewrite history, to distort fact, and to completely invent the fantasy that the Western Wall and Temple Mount have no connection to the Jewish people, is telling a terrible lie that only serves to increase hatred", he added.

UNESCO Director-General, Irina Bokova, on Friday came out against the agency's executive board for adopting a resolution that disregards the connection between Judaism and Temple Mount and casts doubt over the link between the religion and the Western Wall.

"The Al Aqsa Mosque [or] Al-Haram al-Sharif, the sacred shrine of Muslims, is also the Har HaBayit – or Temple Mount – whose Western Wall is the holiest place in Judaism," Bokova said in a statement.

"Jerusalem is the sacred city of the three monotheistic religions :Judaism, Christianity and Islam. It is in recognition of this exceptional diversity, and this cultural and religious coexistence, that it was inscribed on the UNESCO World Heritage list", Bokova statement concluded.