Five incidents were reported on the same day. “Non-state actors seem to operate with impunity”, says the EFI. 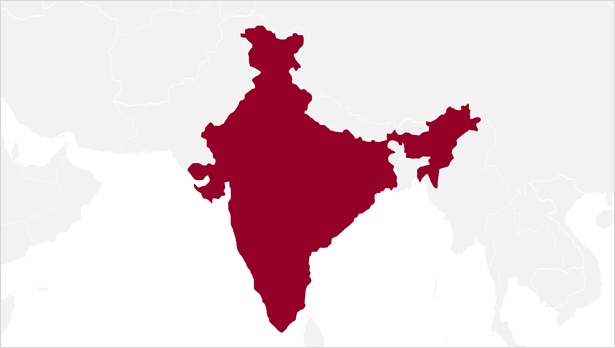 In India, at least five incidents targeting Christians on Palm Sunday (April 9) were reported. This attacks happened in the states of Madhya Pradesh, Haryana, Uttar Pradesh, Rajasthan and Tamil Nadu.

“Targeting Christians on special days of worship as Palm Sunday and Christmas is condemnable”, the Evangelical Fellowship of India (EFI) said.

“We urge the respective State Governments and the Central Government to intervene in the situation and to control the non-state actors who seem to operate with impunity.”

These are the five cases reported by the EFI.

1. On 9 April in village Sitabedi, Khandwa, Madhya Pradesh. Members of Hindu nationalist party Rashtriya Swayamsevak Sangh (RSS) accompanied by police personnel disrupted worship service and arrested the pastors and their wives and other Christians, and took them to the local police station at Piplod. The Pastors who were arrested were: Pastor Amar Singh Solanki, Pastor Kishore Barela, and Pastor Prabhakar Solanki.

The Christians were accused of conducting conversions by force and allurement. The incident took place around 12:30 pm. According to reports received the RSS members surrounded the police station demanding action against the Christians. Later after 6 pm, the police released three women and two men but an FIR was registered against the Pastors under the Madhya Pradesh Freedom of religion act. They remain in lock up and await a bail till this release.

2. On 9 April in Kaithal, Haryana. Local Hindu extremists disrupted the Church meeting pastored by Pastor Yashpal. The attackers threatened and manhandled the Christians present as well as complained against the Christians at the local police station alleging conversions. Soon the police arrived and took into custody Pastor Yashpal and the Christians gathered for Sunday Worship. They were taken to the Civil Lines Police Station. The Inspector in Charge Mr. Jaswant spoke to EFI and said that the Christians had been taken into protective custody. The Christians were released as the allegations against them were found baseless.

3. On 9 April, in village Jahanpur, Post Dullahpur, district Ghazipur, Uttar Pradesh. A local mob beat up Pastor Krishna Paul and handed him over to the police. Pastor Krishna Paul is serving with the Believer's Church in the area and belongs to Kolkata. The mob responsible for beating him is thought to be the local liquor mafia, who held him responsible for the on-going agitation by local women against liquor shops in the area. He was released after local Christian leaders intervened in the situation and spoke to the police.

4. On 9 April in Sri Ganganagar, Rajasthan. Hindu extremists disrupted the worship service of the Church of God and Pastor Saji Mathew was arrested and taken into police custody along with seven Christians. According to reports local villagers with the help of a Hindu Priest had complained to the local Sarpanch that Christians are involved in the conversions. After getting the letter signed by the Sarpanch the villagers gave it to the police officials as a complaint, following which the police arrested the Christians. Local Christian leaders approached the police for the release of pastor Mathew and all Christians were released late at night.

5. On 9 April in Keeranur Post, Palani Taluka, district Dindigul, Tamil Nadu. The revenue inspector and village administrative officers disrupted private prayers at the house of Pastor Gunasekaran. The officers took video clips and pictures of the people praying in the house and told the people to stop the prayers. They also told the Christians to take permission from the District Collector before praying in the house. Pastor Gunasekaran's extended family (about 20 people) has gathered every Sunday for the last 24 years in his house for private prayers. The prayers are not attended by public and are a family affair. No loudspeaker system is used either during these prayers. In spite of telling the authorities this, they did not relent and forced pastor Gunasekaran to sign on a letter that they had prepared and asked him to report at the Tehsildar's office on the following day. 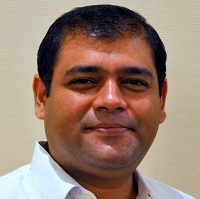 Vijayesh Lal leads the Evangelical Fellowship India and carefully reviews with his team all the reports of attacks against Christians in India.

In an in-depth interview with Evangelical Focus in February, Lal explained: “Christian persecution in India is mainly social - social restriction on religious freedom - rather than active government led persecution or restrictions.”

“The persecution is largely physical and instances of violence against pastors, lay people, even women and children is an everyday affair.”

India ranks number 15 in the Open Doors World Watch List 2017 of countries were Christians are most persecuted.