The Chinese Communist Party worries that, on current trends, China will be the largest Protestant country in the world by around 2030. 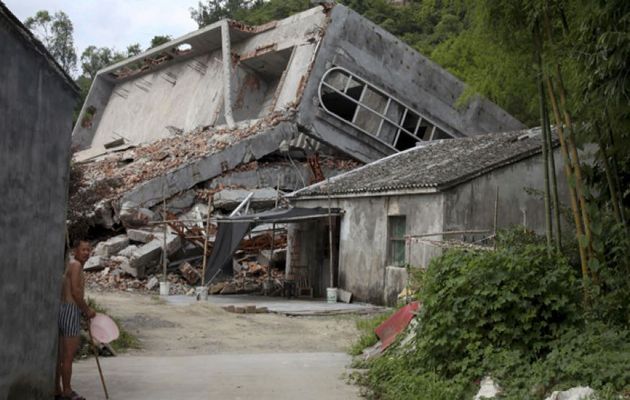 It is hard even to guess at the number of Christians in China, because the “official” churches, authorised by the Government, coexist with those that worship in house churches. The most optimistic figures say that there are 100 million Christians, and that the church in China will grow by an average of 10% a year.

In fact, on current trends, there will be 250 million Christians by around 2030, making China’s Christian population the largest in the world.

This growth has not gone unnoticed by the officially atheist Beijing regime, that has an ambivalent attitude. On the one hand, “they find that Christians are good citizens, with the same values that the Communist Party promotes, including family values”, said Gerda Wielander, professor at Westminster College in London, and author of the book “Christian values in communist China”.

On the other hand, the government of Xi Jinping, who has emphasised the importance of Chinese culture and communist values, is suspicious of a religion they consider “foreign”. The fact that a large group of citizens could organize themselves around an ideology different from the party worries them.

EVANGELICALS ON THE CHARGE

There were around one million Protestants when the party came to power in 1949. There were 58 million in 2010, while there were 40 million in Brazil, and 36 million in South Africa, according to Pew Research.

Professor Yang, an expert on China, said the country's Protestant community would grow from those 58 million in 2010 to between 160 million and 255 million by 2025, making China the largest Protestant country in the world.

A THREAT FOR THE GOVERNMENT

The expansion of Christianity concerns Chinese politicians. Some officials believe that religious groups can supply social services which they are unable to offer, and, at the same time, they can contribute to solve the growing moral crisis of a country, where money, and not Communism, has become king.

And although it is true that most Chinese Christians are not engaged in politics, it is also true that a significant number of activists have a bond with Christianity in one way or another, just because they are believers, or because they have contacts with religious communities.

One of them is the founder of the anti-corruption movement “New Citizens´”, who is now in prison, or the human rights lawyer, Gao Zhisheng, recently released from prison. Two of the three founders of the pro-democracy movement Occupy Central, which took to the streets in Hong Kong last year, were Christians and the student leader Joshua Wong is too. That did not go unnoticed by the Communist Party.

As Indiana University Purdue professor, Yang Fenggang, explained: “The authorities are worried because of Christianity's fast growth, and they have tried to impose restrictions to slow it . They have also taken measures in order to ensure Christians´ obedience to the law”.

Yang considers that the incidents in Wenzhou are a clear example of the Party’s worries. In 2014, Zhejiang officials demolished several churches in Wenzhou, a city with roughly 1 million Christians out of 8 million residents, and often referred to as "China's Jerusalem”. “Although the central authorities have not said anything about it, the demolition campaign has been lengthy, and that indicates that Zhejiang officials were encouraged by the government”, Yang said during the incidents.

According to last Sunday's edition of  “Open Times”, current Communist Party recruitment procedures state that checking on religious beliefs is the first step towards approving applicants to the Party, and Party members found to have participated in or embrace religions will be required to "rectify" their beliefs.