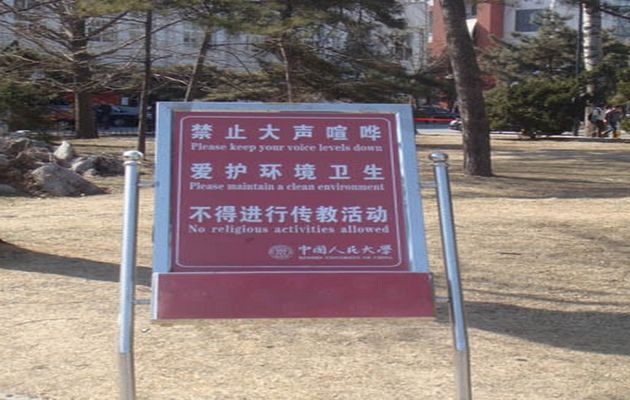 A sign on the campus of Renmin University of China forbidding the on-campus practice of religion. / ChinaAid

Chinese officials in Zhejiang province have issued orders to shut down Sunday schools and prevent Christian churches from holding events during the summer months.

"For a long time, teenagers and students have not been allowed to participate in religious activities", a local Christian surnamed Zhang said.

The orders came after another Chinese province banned Christian churches from organizing youth camps this summer.

"The temperature is very high during the summer. To conform to the country’s related legal policies on youth health, no summer camps that involve youth and students shall be organized by any church”, they stated.

A Christian from the province noted that the ban was an unusual move since such camps have been allowed in previous summers. Prior to the ban, the government would only interfere if they received a tip-off about the event. 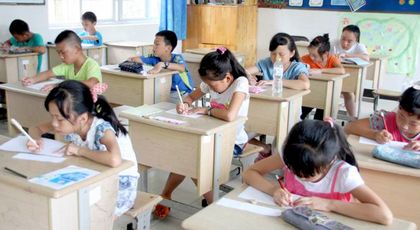 In order to further their control, the Nanyang Municipal Religious Affairs Bureau, located in Henan, ordered all 20,000 registered house church members in the province to join the Three-Self Church.

Many Chinese Christians disagree with the Three-Self Church based on theological discrepancies and rampant government censorship, making the forced merging of these two branches a violation of religious freedom.

The regulations will ban students from practising their religious beliefs on campus and require them to take courses in political theory as well as Chinese law, culture, and customs. This will effectively prohibit them from holding religious gatherings or preaching on school property

Schools in China are required to respect the customs and religious beliefs of foreign students, but they are not allowed to provide any venue for religious activities.

"The government is trying to control ideology. During [Chinese Presidents] Jiang Zemin and Hu Jintao's time, the government was tolerant toward preaching and missionary work. After Xi Jinping came into power, the government's grip on religion has strengthened", Zhang told China Aid.

Hundreds of pastors and Christian activists have been arrested in China recent years for protesting against the forced demolition of churches. China's atheistic government has labelled Christian gatherings as a national security risk.

According to a report published by Freedom House in March, as many as 100 million people, including Protestant Christians, are facing "high" or "very high" levels of persecution at the hands of the Chinese Communist Party.