“Evangelicals should not be carried away by ideological positions”

Guatemalan President Jimmy Morales, an evangelical Christian, faces a political crisis due to his conflict with anti-corruption authorities. Theologian Israel Ortiz says Christians should not just support him because of his faith. 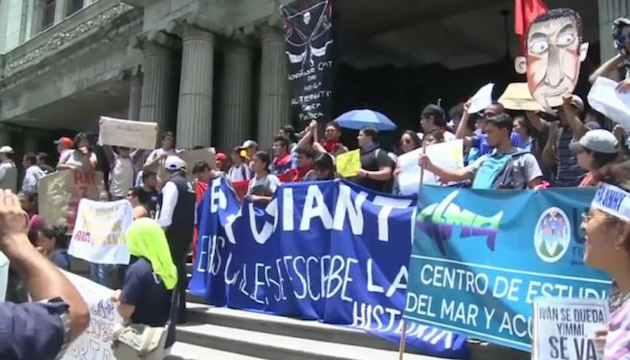 Guatemala is once again experiencing moments of political crisis, aggravated in the last weeks by the confrontation between President Jimmy Morales and anti-corruption prosecutor Ivan Velásquez, whom he wanted to kick out of the country for requesting permission to investigate him for allegedly illegal financing.

Morales won the elections in 2015, following the political crisis caused by serious corruption in the previous government. Thus, Jimmy Morales, who until then was a well-known actor but an unknown politician, managed to win the elections.

In these two years of government, Morales has already faced some critical moments related to corruption, which have affected close relatives and the president's trusted friends.

However, the situation became even more tense when Morales declared Ivan Velásquez a "persona non grata" and tried to expel the anti-corruption prosecutor, who has international support and had requested permission to investigate the president's accounts.

Jimmy Morales has often defined himself as a Christian, and in his speeches and messages to the nation he cites the Bible regularly. This has made him connect with a large part of the evangelical population (40%, according to some sources).

However, "the numerical growth of the churches has not been able to impact the social, political or economic structures that govern society", says Israel Ortiz, a Guatemalan theologian and analyst, director of the Esdras Center, a Christian Bible training and leadership development ministry. 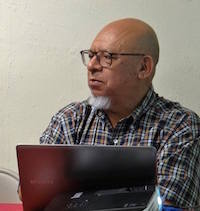 Question. President Morales has tried to expel Iván Velásquez from the country. In what political situation is Morales, now that his request has been revoked?

Answer. The statement against Commissioner Velázquez was interpreted by several groups as a setback against the fight against corruption and impunity.

On the contrary, the actions of the Human Rights Procurator and the action of the Constitutional Court gave a message in favor of the fight against corruption, impunity, and the strengthening of the rule of law.

The statement by the President also provokes the protest of representatives of the United Nations (UN) and several countries of the European Community, which support the fight against corruption and impunity in the country.

On the other hand, other groups from both the political and the population sectors supported the President's decision against Commissioner Velázquez. These say that he "exceeded his functions because he interfered in the internal affairs of the State of Guatemala".

Although the president affirms that he still supports entities like the Public Ministry and the International Commission against Impunity in Guatemala (CICIG in Spanish) in its fight against the corruption, his declaration weakens the anti-corruption fight.

The final decision of the Constitutional Court in favor of the Commissioner, leaves President Morales and its government in a difficult situation.

Apart from his fight against Velásquez, he faces a new process and he will have to deal with it in Congress.

Q. It seems that a possible corruption case that could target the president is being investigated. Is Morales losing the social support that took him to the government two years ago?

A. This week the Supreme Court of Justice filed a lawsuit against President Jimmy Morales presented by the Public Ministry and the CICIG for an investigation of illicit financing.

The pre-trial responds to the fact that Morales was the secretary general of National Convergence Front (FCN-Nation) at that time.

According to the media, this investigation began with a complaint filed by the Supreme Electoral Court on November 30,2016 against the National Convergence Front (FCN-Nation).

After the Supreme Court's decision, the Investigation Commission was formed, which will decide to remove or maintain President Morales' pre-trial. This is the president's current legal situation.

This new situation puts Morales in a critical political scenario. Is he losing social support? Although it is not possible to know with certainty what the population's position on the matter is, media and social networks show a divided opinion. Some are in their favor and others are against.

On the one hand, the resignation of the Minister of Health and some vice-ministers show their disagreement with their actions; and on the other hand, the backing that the president received from many mayors show support for Morales' actions against the Commissioner.

Some political analysts underline that Morales' decision adds up to other actions that in the past have been questioned in his administration, which have caused discontent in several circles of the population. 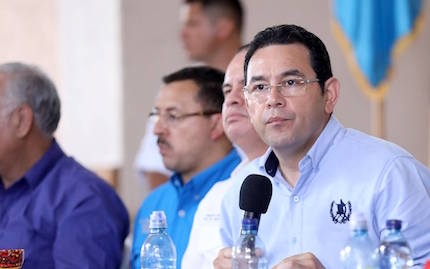 Q. Is there social tension after what happened?

A. The country maintains a certain degree of social tension as part of the existing socio-economic contradictions. Things are worsening in certain situations, but this tension is most evident in the media and social networks.

Social tension plunges the country into a situation of ungovernability and the stalking of groups interested in “bringing water to its mill”. The majority of the population remains somewhat distant from the problem.

The decision of the Supreme Court of Justice about the trial against President Morales, opens a new scenario. Thank God, protests and complaints by groups that support the president or, conversely, Ivan Velazquez, have not provoked social confrontation among the population.

Q. We know that evangelicals are a very big social group in Guatemala. Have there been any reactions from the most representative entities and churches to this case?

A. There have been some pronouncements by the president of the Evangelical Alliance and some evangelical leaders. In general, they call to pray for the rulers, to preach the gospel so that more people become converted, for more Christians participating in politics, for tolerance, the exercise of responsible citizenship, and a call to maintain governance.

Among the pronouncements made, there are no definite positions against the president. Rather, there is silence within the evangelical people; and a lack of definition in the face of events.

The majority of the evangelical people give tacit support in favor of the president because of his status as an evangelical believer.

There is even a video on social networks supporting President Morales, who is called the Lord's "anointed", who will not be removed from office.

I believe that evangelicals have not faced this case wth impartiality, and biasedly have given their support to the president without thoroughly examining the problems that affect the current situation.

Q. How do you think evangelicals should react to this situation, considering the values of the gospel?

A. I believe that we evangelicals should go beyond the call to pray for the government , for the cessation of the evils that plague the country, or for the advent of a better future for Guatemala.

On the one hand, it is fundamental to pray as Jesus taught us. To pray that His kingdom may come and His will be done on earth as it is done in heaven.

This means that the values of the kingdom of God such as truth, justice, integrity, solidarity, brotherhood, peace, forgiveness and reconciliation are part of the life of the church as communities of the kingdom. These are fundamental to our mission of proclaiming the kingdom, these values should permeate society.

If Guatemalans recognize themselves as Christians, whether evangelical or Catholic, they are called to a radical change towards God and toward their neighbor, in terms of their way of thinking and lifestyle.

On the other hand, I believe that evangelicals as disciples of Jesus are called to exercise responsible citizenship in the world.

Among other things, we must demand that the president, as a representative of the government, should take care of the common good of all citizens.

According to the Constitution of the country, "It is the duty of the State to guarantee the life, liberty, justice, security, peace and integral development of the inhabitants of the Republic".

Because of the values of the kingdom, and the Constitution of the country, evangelicals must contribute to the construction of the nation.

Especially because the majority of evangelicals are essentially concerned with the spiritual dimension of the gospel, and neglect to a large extent its social dimension.

We must not forget that we are citizens of heaven, but we are also citizens of the earth. The recognition of this double identity should lead us to an awareness and commitment to the spiritual and social transformation of the country.

The numerical growth of churches has failed to impact the social, political or economic structures that govern society.

We continue to struggle with high levels of poverty, violence, injustice, corruption, low level of human development, etc. It is then up to us, because of our faith, to discern the serious structural problems affecting the country's social, economic, political and cultural life, to demand respect for a rule of law based on justice, and to demand that all citizens submit to the laws of the country.

Evangelicals are called to be meek as doves and shrewd as snakes. This means going beyond being in favor or against the President or Commissioner Velázquez.

It implies to discern the fundamental problems, so that we will not to be surprised by the situation, not be naive in the interpretation of the facts, and be prepared to propose fair actions.

As Christians, we can not ignore that the God of the Bible is a just God, who acts in a fair way, and demands that everyone act according to justice.

Evangelical leaders and all believers are required to become people with critic spirit that are not carried away by ideological positions or hidden interests of politicians, government officials, or international entities, in order to assume a proactive attitude in the development of a democracy that is truly participatory, that ensures the development of the potential of all citizens, and the establishment of a real rule of law.

As an evangelical, I cannot fail to say that Guatemala needs a special intervention from God, so that the Shalom of God may come, and justice be the one that lead new times for the country.

Published in: Evangelical Focus - world - “Evangelicals should not be carried away by ideological positions”