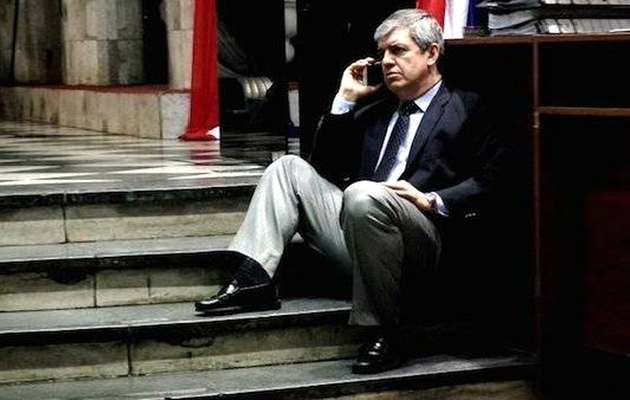 The Ministry of Education and Science of Paraguay has issued a resolution prohibiting "the dissemination and use of materials" referring to "gender ideology" in public and charter schools.

The Education Minister, Enrique Riera, presented this resolution in Asuncion, during the General Assembly of the Latin Evangelical Alliance (AEL in Spanish), on 18 October.

“WE ARE NOT GOING TO TEACH GENDER IDEOLOGY AT SCHOOLS”

He acknowledged that he found a strong internal opposition to his idea of applying the national Constitution, which advocates for the marriage between a man and woman.

Riera received a lot of pressure from both the Ministry and the international community. "I kept my position because of my convictions, not for my convenience", he explained. The minister emphasised the importance of parents as the ones who educate in values inside the family.

At the end of his presentation, interrupted with frequent applause, participants in the assembly prayed for Minister Riera, political leaders and the country of Paraguay.

The prohibition affects both public and charter educational institutions, which will not be able to use in their classrooms any kind of resource, whether printed or digital, that refers to gender ideology.

"The Ministry is not going to promote gender ideology or any other kind of ideology", Riera said.

And he added: "We respect diversity, but that does not mean instilling gender ideology, which, as everyone knows, is a controversial topic throughout the world. As Paraguayans the idea is clear: dad, mom, children. There is no easier way to say it".

The resolution prohibiting the use of materials on gender ideology also entrusts the Curriculum, Evaluation and Guidance General Board to review the educational content and issue a report within 60 days, with proposals which follow the "constitutional principles and the current legislation".

In addition, the educational coordinators and supervisors will be responsible for ensuring compliance with this law, the resolution says.

PARAGUAYAN CHRISTIANS ASK FOR THE WITHDRAWAL OF GENDER IDEOLOGY

This measure responds to the controversy that arose a few weeks ago about the alleged use of materials on gender ideology in the country's schools. Both evangelical and the Catholic churches of the country demanded the withdrawal of such materials.

Hundreds of people took part in a demonstration in front of the Paraguayan Congress several days ago, to demand a public education based on the traditional family values, included in the Paraguayan Constitution.

The main claim focused on maintaining the concept of gender ideology outside the educational materials of Paraguayan public education, since they do not want concepts such as homosexuality or bisexuality to be teached in school.