WEA ADMITS CONCERNS ABOUT ITS RELATIONS

“WE HAVE NOT COMPROMISED THE WEA’S THEOLOGICAL PRINCIPLES” 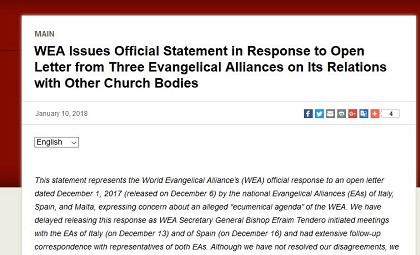