Arrests of Christians and restrictions against churches in Algeria

In recent months, authorities in Algeria have stepped up restrictions against Christian churches in the country, orchestrating what appears to be a “coordinated campaign of intensified action against churches”. 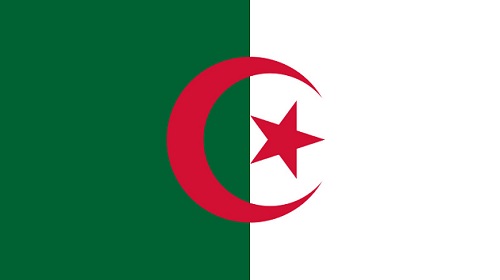 In light of increasing government pressure on churches and believers in Algeria, the World Evangelical Alliance’s (WEA) Religious Liberty Commission (RLC) has issued a statement on the situation, calling on authorities to ensure religious freedom for people of all faiths.

At the same time, L'Église Protestante d'Algérie (EPA), WEA’s national member body in Algeria, is calling on churches around the world to join them in a week of prayer and fasting for their nation.

In recent months, authorities in Algeria have stepped up restrictions against Christian churches in the country, orchestrating what appears to be a “coordinated campaign of intensified action against churches.” Worryingly, the restrictions have also led to an increase in arrests of Christians in the country.

According to reports, in November 2017, Algerian authorities formed a committee to inspect churches on its compliance with safety regulations. However, despite its main aim being safety issues, the committee has also questioned churches on whether it possesses permits to conduct religious activities. The committee has accordingly ordered several churches, two Bible schools, and a Christian-owned bookshop to close down.

In March 2006, the Algerian Parliament adopted Ordinance 06-03, which effectively confined non-Muslim worship to specific buildings approved by the National Commission for Non-Muslims Religious Groups. However, to date, not a single permission has been granted, which has led to many complications for Algerian churches, which, as routine practice, rent buildings for worship activities and inform the authorities. According to Middle East Concern, an associate member organization of WEA, “Church leaders inform local authorities about their activities and provide all relevant documentation, including statements confirming affiliation to L'Église Protestante d'Algérie (the EPA), the only Protestant denomination officially recognized by the Government.”

“We call on the government of Algeria to ensure that the religious freedom of Christians is safeguarded in accordance with international law”, said Godfrey Yogarajah, the Deputy Secretary General of the WEA and head of its Religious Liberty Commission. “We also call on the government, in keeping with the country’s constitution, to take all steps necessary to guarantee the freedom of worship for all religious groups in the country”, he added.

Entering into a week of prayer and fasting for their nation, the EPA is calling on churches and believers around the world to join them. Bp Efraim Tendero, Secretary General of WEA, said: “Please join me in uplifting the situation of our Algerian brothers and sisters in prayer, so that God may change the hearts of those in government and allow them to see the great blessing that Christians are to their nation. Religious freedom for people of all faiths is at the foundation of a healthy society and Algeria can only flourish as a country if believers – Christians and others – are allowed to worship freely and without discrimination.”

Published in: Evangelical Focus - world - Arrests of Christians and restrictions against churches in Algeria