According to the judges, the joint statement of the Costa Rican Federation Evangelical Alliance and the Episcopal Conference was “a threat to the free exercise of the right to vote”. 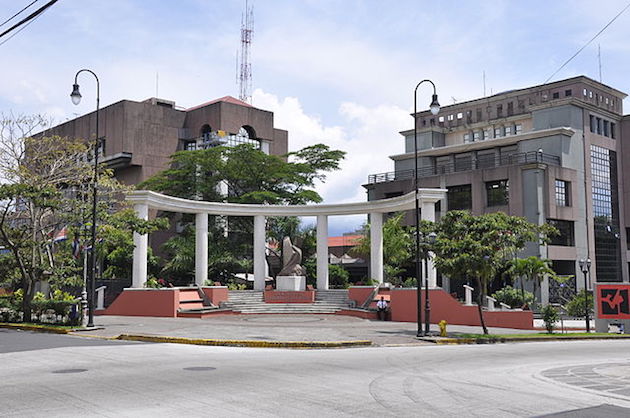 The Costa Rican Electoral Supreme Court (TSE in Spanish) partially granted an electoral writ of protection against the Costa Rican Episcopal Conference and the Federation Evangelical Alliance of Costa Rica, filed by a citizen on January 22.

Among the claims was the dissemination of the joint statement written by both organisations during the “Day of Prayer for Costa Rica” held on January 18, 2018.

According to the magistrates, the statement mixes the political and electoral activities terms with religious expressions and that represented a “threat to the free exercise of the right to vote”.

“(...) invite Christians to vote by meditating their vote before God and their conscience, as well as publicly show the organisations´position on controversial issues that have been of special interest during the electoral campaign, had the necessary scope to induce and influence (...) to vote for certain parties or refrain from voting others (...) as they coincide or not with the positions taken by the organizations”, the TSE says.

The electoral judges ordered both churches to abstain from actions such as those that led to the writ of protection resolved, and condemn them to pay the trial costs and a compensation for damages.

Although the plaintiff had also denounced the “Day of prayer" and the “March in favour of life and family” held on December 3, 2017, the TSE considered that these were not a violation of the constitutional prohibition.

In a press conference and through a statement signed by its president Jorge Gómez Varela, the Federation Evangelical Alliance of Costa Rica has stated that it abides by the preliminary ruling of the TSE , although they are in total disagreement with the decision.

“The Federation Evangelical Alliance and the Episcopal Conference have united with the intention to promote, defend, and proclaim our values. It has nothing to do with the electoral process (...) we will persevere in this unity, regardless of who the ruler of our country is”, it warns in a statement.

According to the Evangelical Federation, the resolution of the TSE against them is “an arbitrary, subjective interpretation, with theological nuances and beyond what the law allows and establishes”.

“IT VIOLATES OUR FREEDOM OF EXPRESSION”

The TSE “violates our freedom of expression, and limits it by the subjective interpretation of Article 136 of the Electoral Code, which makes differences where there should not be, discriminating and providing unequal treatment”.

“The statement and the other activities are a matter of participation and social interest, under the protection of freedom of expression and freedom of worship guaranteed by the Constitution. It is a 365 days a year, 24 hours a day task, it is not a task of an electoral campaign”, Juan Carlos Retana, legal advisor of the Federation Evangelical Alliance, told Spanish online newspaper Protestante Digital.

During the last days of the electoral campaign, the TSE had already banned the evangelical and catholic churches from talking about the voting, informing both priests and pastors about the prohibition of using the pulpit, prayer sites or liturgical ceremonies to induce the vote of the parishioners.

The court relies on Article 136 of the Electoral Code, which states: “Any form of propaganda that, based on people’s religious beliefs or invoking religious motivations, impels citizenry to adhere to or separate from certain parties or candidacies, is prohibited”.

Everyone in Costa Rica knows that Fabricio Alvarado is a member of an evangelical church.

In less than a month, Alvarado turned the polls and become the most voted in the first round of the elections held on March.4.

His clear declarations in favor of the traditional family, before a controversial resolution of the Inter-American Court of Human Rights in favor of gay marriage, boosted his canidature.

At this time, the candidate of the National Restoration Party is the favourite in the polls to win the presidency in the elections that will take place on April 1, Easter Sunday.