Experts agree that the summit between North Korea and the United States will not bring advances in the religious freedom of the country. 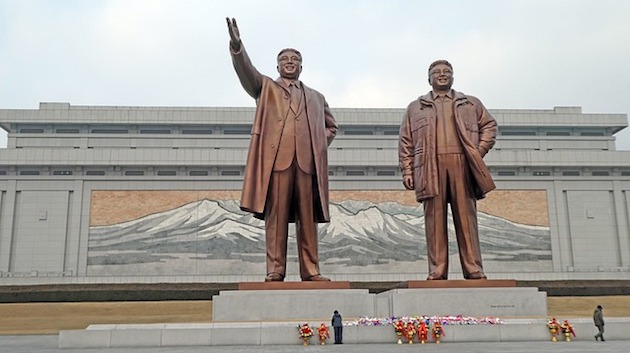 The announced and historic upcoming meeting between the president of the United States, Donald Trump, and the leader of North Korea, Kim Jong-Un, has already meant the liberation of three American citizens who were part of the Pyongyang University of Science and Technology (PUST), the only private education institution in North Korea.

However, beyond being a gesture of goodwill before the imminent June 12 summit in Singapore (there are no more American prisoners in the Asian country), Christians north of the 38th parallel should not expect, except for a major surprise, an opening of the regime regarding religious freedom.

According to the Christian organisation Open Doors, North Korea is the most dangerous country in the world to be a Christian, and it seems that it will continue to be so.

In fact, the meeting, which has been preceded by another between Kim Jong-Un and his counterpart from South Korea, aims to address the issue of nuclear weapons in the peninsula and, specifically, its dismantling.

Early this week, North Korea said it may pull out of a summit if the US insists it gives up its nuclear weapons unilaterally. Donald Trump answered by saying Kim Jong Un would suffer the same fate as Libyan leader Mummar Gaddafi if he backs away from an agreement over its nuclear programme.

THE POWER OF NORTH KOREAN REGIME

“The situation of Christians would always be a domestic issue”, argues Zigor Aldama, correspondent in Asia for the media Spanish group Vocento, who says that, throughout this process, North Korea has always been the one that has taken the initiative. “It is, although it may not seem so, in a situation of power”.

Thus, that demonstration of power of the regime throughout the past years, revealing that it is a real problem for US citizens, has led both countries to find a way to sit down and negotiate.

According to Aldama, the talks will be limited to guarantee the continuance of the North Korean status quo in exchange for loosening the nuclear race: “Leave me alone and I abandon nuclear weapons”, the Far East expert says.

Open Doors Spain does not expect major advances in terms of religious freedom either, although Pau Amat, its communications manager, recalls that the Vice President of the United States, Mike Pence, knows first hand the situation of persecution of Christians, because Open Doors gave him that information.

That is why they hope that the issue of religious freedom will be put on the table as an “indispensable condition” for the United States to lift the economic sanctions it has against this country.

He also has confidence in a greater opening of the regime in the future. “They may, little by little, be awakening from the paranoia of the Kim dynasty. Not only Kim Jong-Un, but also the citizens”.

In any case, he hopes that sooner rather than later the Christians of the country “may finally know what it is to praise God out loud and without fear”.

“THE OFFICIAL CHURCHES OF PYONGYANG ARE PROPAGANDA”

All the information that we have about the church in North Korea is more or less documented speculation, given the secrecy of the regime in this as in so many other aspects.

The real number of Christians in the country range from a few to hundreds of thousands, although, in any case, all of them are in hiding.

In fact, the official North Korean Christian Federation is made up of about 10,000 people, who would be the Christians officially recognised by the regime.

According to Pastor Young Ae Kim, from the Korean church ‘Centro Cristiano La Roca’, in the Spanish city of Valladolid, “true Christians are not there and the five recognised churches in Pyongyang are government propaganda”.

The South Korean evangelical minister explains that it is very difficult for believers from the South to contact the North Korean “secret church”, but churches in China are working hard to help these clandestine Christians.

However, Pastor Kim admits that there are leaders and churches in her country who view the meeting with optimism and the possibility of having positive consequences for their northern neighbors.