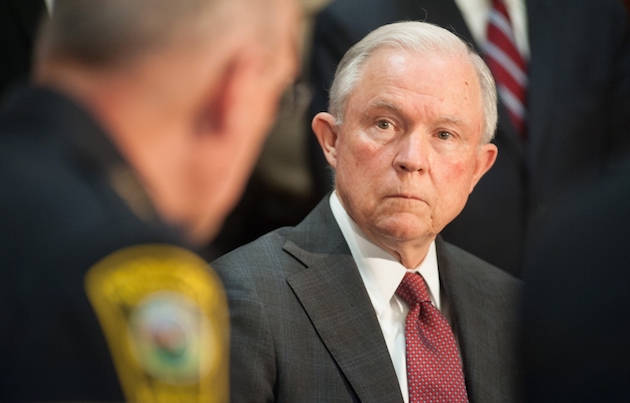 The government of the United States has implemented a “zero tolerance” crackdown on migrants crossing the border.

Last week, the Trump administration overturned asylum protections for domestic violence and gang violence victims, a measure that could potentially prevent tens of thousands of immigrants from getting protection in the US.

Since April of this year, parents are separated from their immigrant children who enter the country from Mexico, leaving more than a thousand families divided.

LETTER TO THE PRESIDENT

Many US evangelicals are speaking out against President’s migration policy, icluding faith groups that have been generally friendly to Trump.

On June 1, the Evangelical Immigration Table (EIT)- a coalition of of evangelical organisations and leaders that advocate for immigration reform- wrote a letter to the President, asking him to “resolve this situation” and “protect the unity of families”.

“As evangelical Christians guided by the Bible, one of our core convictions is that God has established the family as the fundamental building block of society. The state should separate families only in the rarest of instances”, the letter said.

They also asked the government “to work with the U.S. State Department to resume a robust U.S. Refugee”, so that “those with a well-founded fear of persecution could be considered for refugee status without needing to make it to the U.S. Border”.

FRANKLING GRAHAM: “IT IS DISGRACEFUL”

Even Franklin Graham, the head of Samaritan's Purse and a strong Trump supporter, was among the critical voices.

“I think it’s disgraceful, it’s terrible to see families ripped apart, and I don’t support that one bit”, he said. in an interview on the Christian Broadcasting Network.

However, he didn't call out the President but “blame the politicians for the last 20, 30 years that have allowed this to escalate to the point where it is today. We are a country of laws, and laws need to be obeyed… but the situation we have today is the result of our lawmakers over generations, and I’m hopeful that soon something could be done to fix it”.

“We continue to ‘encourage Southern Baptist churches and families to welcome and adopt refugees into their churches and homes as a means to demonstrate to the nations that our God longs for every tribe, tongue, and nation to be welcomed at his throne’”, they wrote, quoting text from a 2016 resolution on the issue.

Micah Fries, pastor of Brainerd Baptist Church in Chattanooga, Tennessee, who attended the Dallas gathering, believed that “God is bringing the nations, particularly as immigrants and refugees, to the US to give us an opportunity not just to go to them with the gospel, but so that they could come to us and experience the gospel”.

“My fear is, as followers of Jesus, we’re missing this opportunity. We’re allowing political conversations, political parties, to derail a Great Commission opportunity”, he added.

ATTORNEY GENERAL USES THE BIBLE TO DEFEND THE POLICY

After all this criticism, Attorney General Jeff Sessions defended the Trump administration’s policy by citing a passage from Romans 13 to defend obedience to national laws.

“I have given the idea of immigration much thought and have considered the arguments of our church leaders. I do not believe Scripture or church history or reason condemns a secular nation state for having reasonable immigration laws. If we have them, then they should be enforced”, he pointed out.

Meanwhile, the World Evangelical Alliance (WEA) encourages churches across the world to celebrate Refugee Sunday on June 24, and provides many resources “to demonstrate their common concern for the welfare and protection of the world’s forcibly displaced people”.

The WEA declared the Sundays before and after June 20th, World Refugee Day, to be observed as World Refugee Sunday. This year the theme is based on the words of Jesus “I was a stranger and you welcomed me in” (Matthew 25:35).

With over 65 million people forcibly displaced by conflict, violence, and persecution around the globe, WEA and partnering ministries ask Christians to raise awareness, raise prayers, and themselves welcome the stranger.