Christians from both countries have been “praying for this for a long time”. Many hope “all officials will now work together to breach the gap between the two nations”. 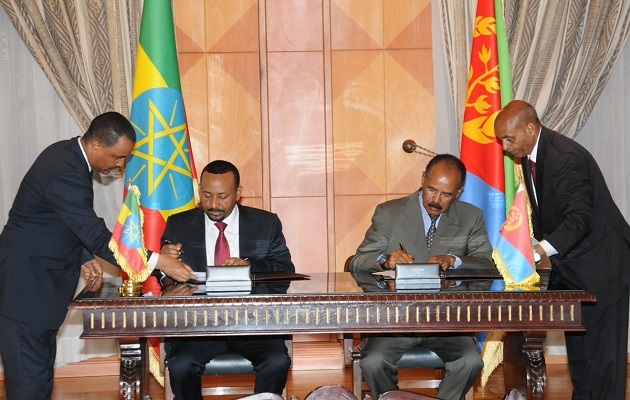 A conflict spanning two decades has, last week, been resolved in East Africa.

After twenty years of territorial and border tensions, Ethiopia and Eritrea have signed a joint declaration of peace and friendship, marking the beginning of bilateral relations between the two countries. According to a tweet by the Eritrean Minister for Information, Yemane Meskel, relations will be effective on different levels and are aimed at seeking political, economic, social and cultural cooperation.

Eritrea won its independence from Ethiopia in 1993 through holding a referendum. Five years later, the two countries declared war on each other over differing interpretations on where the border was. Although the conflict ended with the Algiers Agreement in 2000, leaving more than 70,000 dead in its wake, Ethiopia refused to recognise the city of Badme as Eritrean, and both governments began a diplomatic conflict that has been characterised by incessant mutual accusations and border military movements in the regions of Debub and Gash Barka.

The agreement between the President of Eritrea, Isaias Afewerki, and the Ethiopian Prime Minister, Abiy Ahmed, implies the acceptance of the Algiers Agreement, drawn up by the Ethiopian government after the war that lasted two years. In this way, the ‘state of war’ that existed until now is done away with, and the reestablishment of transport, commerce and telecommunications between the two territories can begin. In fact, Ethiopian Airlines has already scheduled its first flight between Addis Ababa and Asmara.

On a diplomatic level, each country will open up an embassy in the other. The agreement has also been recognised by other leaders from the continent, including Paul Kagame, President of Rwanda, and Uhuru Kenyatta, President of Kenya.

A “LONGED FOR” PEACE

Speaking to Spanish news website Protestante Digital just a few days before the agreement was reached, one Protestant church leader from Eritrea, who wishes to remain anonymous for reasons of security, said, “when we first heard that peace negotations were beginning, every single Eritrean was filled with joy because we have been praying for this for so long. We welcome the peace negotiations and pray that the two governments work for the good of the people”.

The feeling is reciprocated in Ethiopia as well, where Hans Walhout, one of the leaders of the Christian International Community in the Debre Zeit region, states that “peace ensures stability and a future for people”.

ECONOMIC DECLINE AND MORE PERSECUTION: THE CONSQUENCES OF WAR

Both sides agree that the main consequence of the conflict has been a detrimental effect on both the economy and people’s freedom. “Peace should be promoted as much as possible since tensions will block the development of the economy in both countries”, says Walhout. From Eritrea, they consider that “this war has brought nothing but ruin for this country”. “Since the conflict broke out, our economy has fallen dramatically, contruction has stopped for more than fifteen years and many young people have died”, adds one source consulted by Protestante Digital. 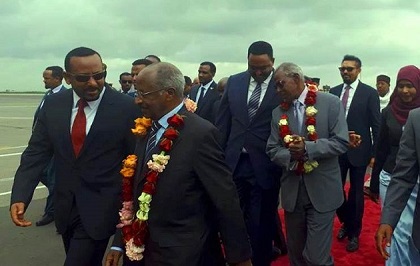 The restriction on religious liberties is another of the realities that they consider related to the conflict. According to the Open Doors 2018 World Watch List – a list of countries where Christians are most persecuted – Eritrea ranks as sixth. The report describes the “dictatorial paranoia” of President Isaias Afewerki as the motivation behind religious persecution in the country, largely of Muslims and Orthodox Christians. “The persecution of Christians began after the war”, says the leader of the Protestant community. “Once the peace agreement is reached, we believe that things will go back to how they are supposed to be”, he remarks.

Ethiopia’s ranking is not so far off Eritea’s either. Ranked at number 29 on the Open Doors Watch List, the Islamic and Christian Orthodox majorities “opress” the freedoms of minority groups with the government’s tolerance (the government that was in office up until April), according to the organisation. “It depends on the area”, notes Walhout. “In Derbe Zeit, we can move and worship freely as Protestants. But in other regions there is opposition from Muslims, and worse still, from Orthodox Christians”, he says. “Pray that Ethiopia would extend its hand towards God so that He would grant wisdom and integrity to the governments”.

The peace agreement comes after an Eritrean delegation made its way to Addis Ababa in June to begin negotiating. At the time, Christians from both countries said, “we have been praying for this for a long time”.

One of the leading figures in these negotiations has been that of Abiy Ahmed, Prime Minister of Ethiopia since April. His is a profile that seems to have renewed the hope of Ethiopians as much as in national politics as in international relations. “The newly appointed Prime Minister is eager to work on all of these matters that impede on Ethiopia’s development”, says Walhout. “He is trying to unite people both within and outside the country”.

The contrast of the heavy hand of the conflict with Eritrea that their predecessors, Meles Zenawi and Hailemariam Desalegne, maintained for so long, has also aroused sympathy in the neighbouring state, where Afewerki has governed since the country gained its independence. “We do not know why the governments have started talking again, but we believe that it is through God’s intervention. Both nations have suffered and we believe that God is putting an end to the pain. Diplomats can explain their own reasons as to why they have resumed relations, but it doesn’t matter to us. All parliamentarians and officials should now work together to breach the gap between the two nations”, says the anonymous Eritrean source.