They are accused of “propaganda activities against the system and in favor of Zionist Christianity through holding house meetings, evangelism, and invitation to Christianity”. 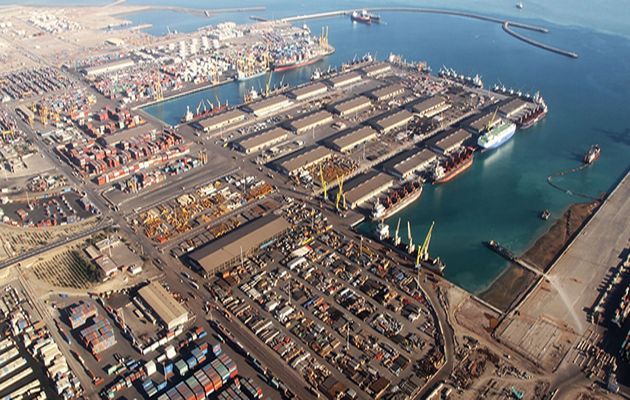 The port of Bushehr in Iran.

A convert from Islam in Iran said he and 11 other Christians were sentenced to a year in prison for “inclination to the land of Christianity” among other charges, according to Mohabat News.

“Interrogations were obviously indicating that they were looking for confession to communications with [those] abroad, especially America, Britain and Israel”, the Christian, identified as Payam Kharaman, told Mohabat, which focuses on human rights abuses in Iran.

Mohabat reported last week that Kharaman and 11 other members of a church in Bushehr, a port city in southwestern Iran, were sentenced to one year in prison on charges of “propaganda activities against the system and in favor of Zionist Christianity through holding house meetings, evangelism, and invitation to Christianity and inclination to the land of Christianity.”

Kharaman and the other Christians were jailed for three years following their arrest on April 7, 2015, obtaining bail only last April, according to Mohabat.

Judge Abbas Asgari of the Islamic Revolutionary Court of Bushehr issued the sentence earlier this year, saying the accused would be informed last June 20, according to the verdict.

“I was repeatedly summoned by the Office of Police Monitor Public Place in Bushehr and interrogated about evangelism and communication with abroad, and I always insisted on the belief in Christianity for myself and not for promotion of Christianity,” he told Mohabat.

“Because I had a boutique shop in Bushehr, a number of officers’ family members in the office knew me and informed of heavy sentences against me, and the case which was under investigation by the intelligence office.”

On April 7, 2015, three plain-clothes security agents came to his house with a warrant shortly after 8 a.m. and seized his computer, mobile phone, flash drive, CDs, books and pamphlets and a private photo album, he told Mohabat.

They took him to the intelligence office of Bushehr and interrogated him all day, he said.

Among those sentenced along with Kharaman was Shapour Jozi and his wife, Parastoo Zariftash.

“In the part of the verdicts issued [it] was hinted that many books and pamphlets, publications, CDs, banners, a lectern painted with a cross for holding prayer and lectures, the Holy Gospel, computer case, the boards painted with signs of Christianity, tablet, mobile phone and statue were discovered, all of which were seized in favor of the government.”

Mansour Borji of advocacy group Article 18 reportedly suspects that security agencies’ inability to stop the spread of Christianity in Iran has led them to try to eliminate Farsi-speaking churches “through unlawful pressures and false accusations in revolutionary courts and seemingly legal routes.”

“The harassment of religious minorities, particularly Christians, has been mandated for the Islamic Republic’s security apparatuses”, he said.

That is why “Many Iranian Christians have preferred to abandon their homes in the last two decades and leave Iran to avoid the securities and judges.”

Three Christians were arrested from their homes on July 24-25 following the violent arrest of pastor Yousef Nadarkhani on July 22.

Pastor Nadarkhani, a convert from Islam like the others arrested, was awaiting a summons to begin a 10-year prison sentence after his appeal of a conviction for “propagating house churches” and promoting “Zionist Christianity” was upheld in May.

IRAN, A DANGEROUS PLACE FOR CHRISTIANS

Iran is a signatory to the International Covenant on Civil and Political Rights, which guarantees the right to change one’s religion.

Additionally, Article 23 of the Iranian Constitution states that “the investigation of individuals’ beliefs is forbidden, and no one may be molested or taken to task simply for holding a certain belief.”

However, the U.S. State Department has designated Iran as a Country of Particular Concern for severe religious freedom violations, and the U.S. Commission on International Religious Freedom this month recommended it remain on the list.

Iran ranked 10th on Christian support organization Open Doors’ 2018 World Watch List of the 50 countries where it is most difficult to be a Christian.

On 27 June 2018, during the 38th regular session of the UN Human Rights Council, Dabrina Bet Tamraz, on behalf of the World Evangelical Alliance, appealed to the Iranian government to stop prosecuting Christians , and to respect the religious freedom in the country.

Bet Tamraz denounced that “there are many Christians in Iran serving sentences under baseless accusations. This is wrong, and these court cases must stop”.

“We, Iranian Christians, are not terrorists. As my father said in the last court hearing, and I repeat: ‘We love our country, we pray for our authorities, and we have no intentions against our government’”, she added.