Mikhail is the former deputy governor of Giza and the second woman to become a governor in Egypt. 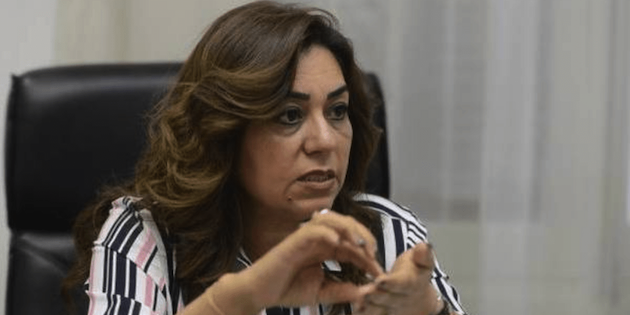 For the first time in Egypt’s history, a Coptic Christian woman has been appointed as provincial Governor.

Manal Awad Mikhail was sworn in on Friday before Egypt’s President Abdel Fattah Al-Sisi as the new Governor of Damietta.

Mikhail is the second woman to become a governor of Egypt, after Nadia Ahmed Abdou was appointed Governor of Beheira in 2017.

In 2015, Mikhail joined the Ministry of Agriculture’s Institute of Veterinary Serums and Vaccines for Research and Studies. Shortly afterwards, Mikhail was appointed deputy governor of Giza.

As Deputy Governor, Mikhail was responsible for coordinating a number of activities with both local and international non-governmental organisations and managed a number of local projects, mainly related to environmental issues.

For her work and research in the field of immunology, she has received numerous awards at national and international level throughout her career, including a UNESCO prize last year.

The new reshuffle of governors has changed 22 governorates, with five female deputy-governors in The Red Sea, Giza, Beheira, Al-Qaloubiya, and Al-Wadi Al-Gedeed.

Coptic Christians are a minority group in the predominantly Muslim Arab north African nation. Their churches have in the past being attacked by terrorist groups.