Uruguayan evangelicals presented 40,000 signatures against a draft law which also proposes positive discrimination for transgender people, such as access to scholarships and state jobs. 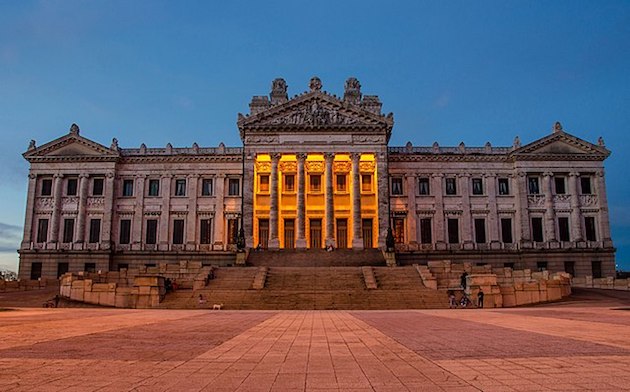 The draft law that aims to protect trans people (transvestites, transsexuals and transgender people) has generated unexpected resistance in Uruguay, with demonstrations and different messages on social media.

The Evangelical church Mision Vida (Life mission), one of the largest in the country, has submitted a petition of 40,000 signatures against this draft law, an important figure in a country of 3.4 million inhabitants.

The trans group accuses the evangelical churches of orchestrating a “religious campaign” in the most secular country, and with the least believers in Latin America.

On the parliamentary side, Senator Verónica Alonso, of the National Party, is in favor of a law protecting trans people, a particularly marginalized group with a life expectancy of 35 years in Uruguay, and of opening work spaces so that the main option for these people woul not be the prostitution.

But Alonso, who has several evangelical legislators as allies, is against the change of sex in minors and also against measures of positive discrimination and reparations for the abuses of the dictatorship only for the trans collective.

THE LAW IS TEMPORALLY BLOCKED

The leftist coalition in power, Frente Amplio, promotes the draft law, but because of the protests, it has decided to abolish the authorization of sex change operations for minors who do not have the support of their parents.

The main argument is that in Uruguay only 1% of the trans population (both adult and adolescent) undergoes this type of intervention.

However, the Frente Amplio is reluctant to eliminate the possibility that minors receive hormonal treatments without family support, since international legislation supports the concept of “progressive autonomy” of adolescents, who cannot vote in political elections but can make decisions about sex change or abortion.

Frente Amplio has a enough majority to obtain an approval of the law, but it wants to get the greatest possible parliamentary and social support; and the vote to take place later this month.

The Uruguayan regulation proposes measures of positive discrimination for transgender people , such as access to scholarships and state jobs. It also contemplates that sex change can be done in public health services free of charge and facilitates the change of identity.

In addition, it grants compensation to victims of repression during the dictatorship (1973-1985), a group of about 60 people who would receive a pension of about $ 350 per month.

The most controversial issue has to do with the authorization of sex change (both hormonal and surgical) for minors without the consent of their parents.