Drums in the neighbor's house

Most Mozambicans say they are Christian, but in rural areas, it’s not hard to find evidence of shamanism and ethnic rites. 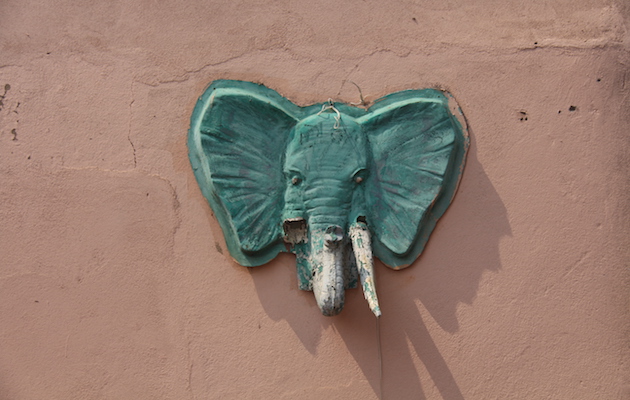 Amask of an elephant in the wall of a house where shamanism is practised.. / Jonatán Soriano.

Another day just went by in Sekeleka. Boys and girls are getting back home after an evening of arts and crafts downtown, painting in watercolors.

From a distance, from an undetermined direction, arrives a monotonous drumbeat. “Witch doctors”, says one of the educators working with downtown children.

He frowns and puffs: “This time you can really hear it” and looks across the road, where trees stand in disarray, hiding the first streets and houses of Macia.

This is the south of Mozambique, the most developed region, although we still have over a hundred kilometers to get to Maputo, the capital city and most advanced province.

Macia is a small town with no heavy industries; it’s notorious for its tourism, being as it is close to Bilhene, one of the beaches that draws more visitors in the country.

Life is absolutely rural, so it’s not hard to find evidence of how deep-rooted shamanism and ethnic rites still are. 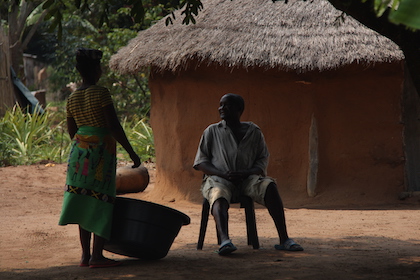 PREDOMINANCE IN NEIGHBORHOODS FAR FROM DOWNTOWN

Next to the road that leads to the capital, a yellow banner announces something in Shangani. “It’s a witch doctor, right in that house”, says the educator pointing at an area with trees and several buildings.

It’s Macia’s Neighborhood 1, one of the neighborhoods farthest from downtown; one can find a market, some stores and countless street market traders selling anything from fruit to car parts.

After a few streets we find the property of one of the educators at Sekeleka. He gets out some chairs promptly and places them under a fruit tree. We start an unexpected conversation about how expensive mango is in Spain, but we can’t keep talking.

The drumbeat fills the air. It’s coming from the neighbor’s house. “They are always practicing shamanism. Only prayer can change this situation”, tells us this member of the Second Baptist Church of Macia.

Over the thicket separating both properties one can see a group of women sitting on the floor, in line, each playing a drum. There’s no trace of the witch doctor, but everybody is expecting that, any minute, a man wearing feathers or wood pendants will come out from somewhere.

Besides the daycare center project, Sekeleka is also, in parallel, monitoring families with special-needs children or youth, or those in a vulnerable situation, in the communities and villages around Macia.

A group of activists, as the workers and volunteers collaborating with the center call themselves, is in contact with the leaders and people in charge of every area, who tell them which households have these kinds of problems and needs.

Hereupon a first visit with the family takes place to determine whether it qualifies for the program. 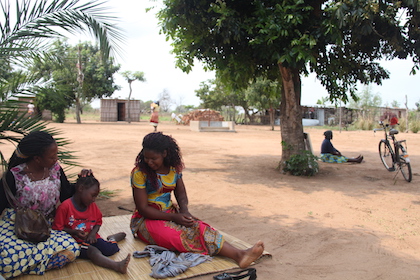 We left behind the asphalt road leading to Maputo a while ago, and our Toyota pick-up truck is following a dirt road. Our vehicle drives by children yelling “mulungu”, the Shangani word referring to white people, to stop by a property with several apartment buildings.

In the middle there is a cross, made out of oxidized metal; two objects are hanging from it, apparently cans. It’s impossible to determine that without getting closer. “Witch doctors”, says the project coordinator.

There, a family is awaiting them; they have a girl who, according to her parents and grandmother, has mobility problems. The girl doesn’t talk at all. Her expression is grave and she’s watching everybody.

The coordinator asks her relatives if she’s been subjected to any witch doctor healing, and they answer she hasn’t. “That’s a lie”, the coordinator tells us later. “Many families try to hide it, but it’s obvious that that girl has taken something”.

She’s referring to the supposedly natural medicine they sometimes use. “Sometimes it works, and then they think it’s a valid treatment, but many times they cause more harm, since these are very powerful drugs”.

In another house, the coordinator and the activists sit opposite a mother with her daughter, an adult with limited mobility in her left arm and leg. The house, although made out of brick and cement, is already old.

The woman tells us that she left her former house, which was better, because she’s convinced her husband’s first wive cast a spell on her daughter, and that’s the reason part of her body is not well. It’s the first visit of the morning in which someone admits having been treated by a witch doctor. 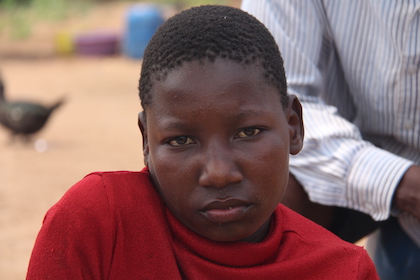 Exactly the opposite of what they find in the last interview. As soon as we get in the house, one of the activists warns us that we are in witch doctor territory. A mask resembling an elephant, missing a tusk, is hanging from the wall.

The family tells us that one of their children can’t talk well, he seems not to understand anything. When the coordinator sees the boy, she realizes he’s got Down’s Syndrome, and asks his parents to give him lots of love. No talk about witch doctors whatsoever.

According to the Joshua Project, ethnic religions and rites are the second biggest religious group in the country, representing 27% of the population. The first group is Christianity, with close to 53% of Mozambiqueans; among these, the leading groups are Catholics, independent churches and protestants.

In fact, it’s noteworthy that in a town such as Macia, with 30,000 people, Baptists, Adventists, Assemblies of God, Presbyterians and other denominations are all represented. We can also find independent churches. 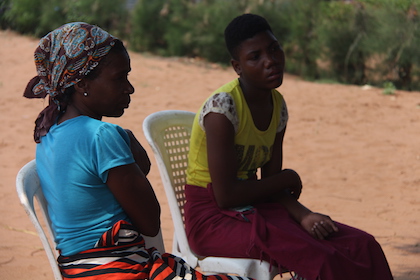 On the façade of a small apartment building next to the road there’s a drawing of a heart with a white dove. “Jesus is the universal Lord”, it says. It’s an ad from the Universal Church of God’s Kingdom, which also has a presence in the country.

This amalgam is surprising when we take into account that the group that took the nation to independence from Portugal, back in 1975, was the Mozambique Liberation Front (FRELIMO), which was Marxist, originally.

But the later turn towards social democracy normalized the situation. Today, people who consider themselves as non-religious barely pass the 3% of the population. 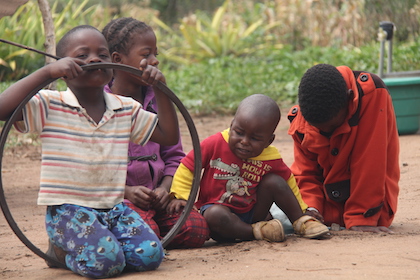 THE RISE OF ISLAM

“Mesquita”, meaning Mosque in Portuguese, can be read in a small banner with an arrow under it when entering Macia. “Islam has really grown here”, says one of the educators at Sekeleka. “After the Civil War, they really helped people, especially in the north of the country, so many people became Muslims.”

The Mosque building is small, painted white and with two stories. Walking through the streets one can come across a veiled woman, very occasionally.

The influence of Islam in the south is still small, even though it already is the third religious group in the country by number of parishioners, representing almost 17% of the population.

Published in: Evangelical Focus - world - Drums in the neighbor's house