“Modi’s government has closed its eyes when minorities have been attacked”, says the Evangelical Fellowship India. 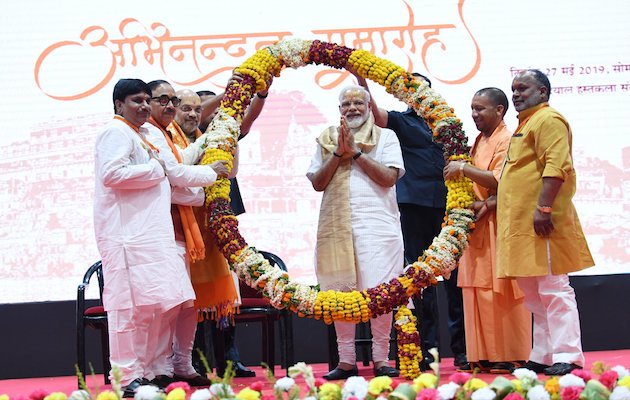 India has voted Hindutva in the elections held between April and May.

The Hindu nationalist ideology, headed by the Indian Popular Party (BJP in Hindi) and the Prime Minister, Narendra Modi, has obtained 353 deputies of the 543 that form the Lok Sabha, the Indian Parliament.

A majority greater than the 282 seats that it already got in the elections of 2014.

The Indian National Congress party of Rahul Gandhi has only obtained 90 deputies, followed by the Grand Alliance (MGB), with 15. The rest of the seats have been distributed among a long list of parties.

“If Modi wins again, the persecution of Christians and Muslims in India will continue to grow. If Modi doesn’t win and somebody else comes, maybe somebody of the BJP or the candidate of the Congress, even then, we think the persecution will continue”, Vijayesh Lal, General Secretary of the Evangelical Fellowship of India (EFI), told Spanish news website Protestante Digital in a recent interview.

“The people of India became Chowkidars and rendered great service to the nation. Chowkidar has become a powerful symbol to safeguard India from the evils of casteism, communism, corruption and cronyism”, Modi wrote in his twitter.

The people of India became Chowkidars and rendered great service to the nation. Chowkidar has become a powerful symbol to safeguard India from the evils of casteism, communalism, corruption and cronyism.

And added: “Now, the time has come to take the Chowkidar Spirit to the next level. Keep this spirit alive at every moment and continue working for India’s progress”.

The term Chowkidar means 'vigilante' in Hindi, and was used in previous campaigns by Rahul Gandhi to refer to Modi disparagingly.

Why did Modi identified with the figure of a vigilante now, and asked his followers to be vigilantes as well?

According to Lal, “Modi’s government has closed its eyes when minorities have been attacked. They have given speeches against minorities, including the Prime Minister himself, and his chief ministers”.

“Many of them know people who have killed other people from the minorities, and they have continuously promoted an anti-minority speech without thinking about the consequences”, he added. 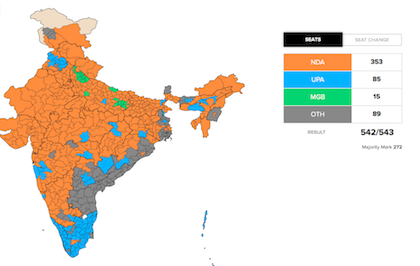 HINDUTVA, AN AGGRESSIVE AND INTOLERANT NATIONALISM

The levels of insecurity for religious minorities in the country have grown in recent years, coinciding with the government of Modi and the BJP, inspired by the Hindutva ideology.

The General Secretary explained that Hindutva “is a fascist ideology that believes in one nation, one culture, one people. They openly admire people like Hitler and believe in the final solution”.

Now that Modi does not need to agree with anyone, due to his broad parliamentary majority, he will be able to implement his policy without many difficulties.

In addition to the recent increase in tensions with Pakistan, his agenda of priorities includes continuing with economic growth at a rate of more than 7% per year, as well as boosting a nationalism which has forced several organizations and entities to stop working in the country.