Pastor John Cao was accused and imprisoned in 2017, for “organizing illegal border crossings”, while providing humanitarian aid to the Wa people in Myanmar . 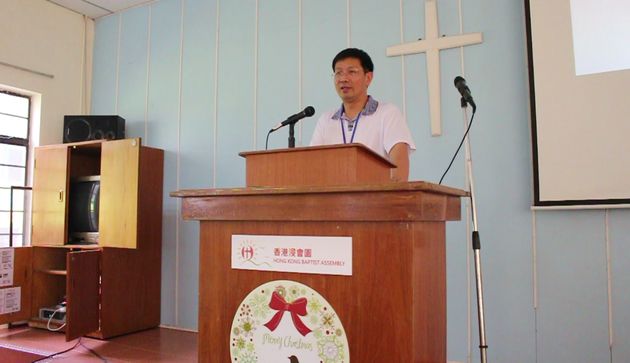 He he was arrested on March 5, 2017, charged with “organizing illegal border crossings”, a charge normally used to convict human traffickers, and has been in prison since then.

Cao is a U.S. permanent resident and has served as a pastor to two Chinese-American congregations in North Carolina.

HELPING AND SHARING THE GOSPEL IN CHINA AND MYANMAR

He has also worked in Central and Southern China for over two decades, establishing Bible schools, and in 2013 started providing humanitarian aid to the Wa people near the Myanmar-China border.

Cao and his team have established 16 schools to help educate more than 2.000 children in that area. Part of the school’s curriculum was taken directly from the Bible, and Pastor Cao recruited Christian teachers to share the gospel with both students and their parents.

The ruling comes after the Pu’er Court illegally and repeatedly extended the appeal deadline for over a year, and Pastor Cao’s lawyers received a notice on July 12, stating that Cao’s appeal would be handled via a “trial session on paper only”, instead of an actual hearing.

Although it was a public announcement, the Court only allowed Pastor Cao’s mother and sister to hear the verdict, along with their lawyer. The court was “surrounded by a heavy police presence”, China Aid informs.

“CHINESE CRACKDOWN AGAINST CHRISTIANITY SHOULD NOT BE TOLERATED”

Jamie Powell, Cao's wife, spoke last year at the State Department's first-ever Ministerial to Advance Religious Freedom in Washington, D.C., stating that her husband was “set up for his arrest because of his faith-driven work”.

“Since his detainment, my husband has suffered a rapid decline in his health. He has lost 50 pounds. He has not been able to communicate with me and my children. My sons and I travelled there, and we were not allowed to see him”, she added.

According to Gina Goh, International Christian Concern’s Regional Manager for Southeast Asia, “the unjust trial against Pastor John Cao once again demonstrate the disregard for rule of law and religious freedom in China”.

“Beijing’s crackdown against Christianity should not be tolerated or ignored. The international community must continue speaking out for oppressed churches and Christians in order to stop their suffering”, she concluded.