“The Cuban government is constantly besieging the Evangelical Alliance”

Christian leader Sandy Cancino analyses the situation of Cuban evangelicals. “The only way to prevail is to be united”. 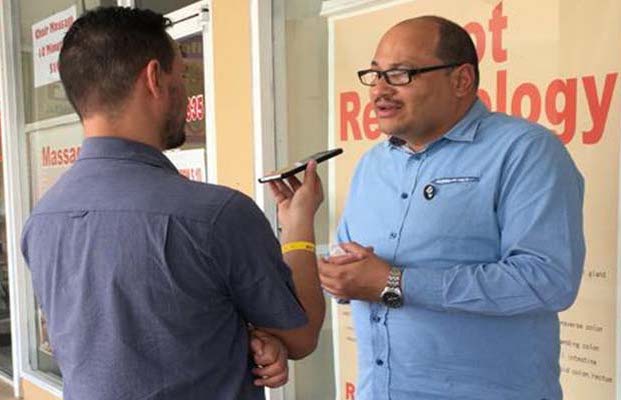 Latin American news website, Evangelico Digital, spoke with him at the Expolit congress held this month in South Florida.

This new trip from Cuba to Miami took those who know the restrictions that the Cuban government has lately imposed on Christian leaders of the island by surprise. He is also surprised that it has been one of his least complicated exits from the country.

Cancino is an audiovisual producer and communicator who works to defend life and family, as part of the Evangelical League of Cuba, one of the main Cuban denominations.

Because of his activism, he has become the target of multiple interrogations and arrests, as well as threats and even mockery in social networks.

Question. How did this new Cuban Evangelical Alliance begin? Why does the Cuban leadership see the need to create an organization like this?

Answer. The Church in Cuba has long realized that it needs a representation of a church with a Kingdom perspective. It also needs to share with others, compare vision together, have representativeness, face the new laws that are being established in our nation that affect the Church itself.

It is a unity where several presidents of communities with legal recognition, have decided to leave their differences and focus unanimously on the needs and situations of the church. Not seeing each other differently, but acting together.

It is something incipient, a process that started long time ago. There is confusion about when it eactly started, but in one way or another, everything has been created due to the new Constitution.

There were already intentions to create it before, but the pressure from the government led the denominational leaders to accelerate the process, because we know that the new Constitution brings articles that affect life and the family, and it also removes rights such as the right to conscientious objection.

There is a new Family Code that will be released very soon.

Q. Where is this initiative today?

A. They are having meetings periodically, in order to see how they can put all together. That is important, but now the Cuban government is constantly besieging them.

The Evangelical Alliance does not have a takeoff yet. And that is what the government wants, to avoid that other denominations could join or may know about the Alliance first hand, not just through publications.

That has not happened yet, but it is something that the Alliance neeeds. 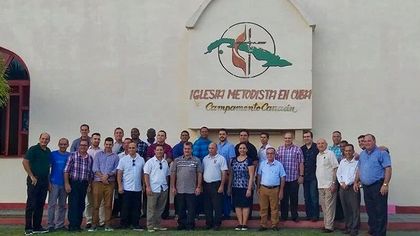 Q. Tell us more about the pressure from the government

A. There was pressure even before everything started. Since April, when they could present themselves publicly as an Alliance, there has been silence.

They summoned other denominational leaders to declare through state security. But the key moment was when some evangelical leaders were invited to a religious freedom event in the United States, in Washington, and the government decided to limit the departure of several pastors.

Some could leave, but most could not, a situation that might affect the credibility and the trust between them.

When the event had already finished, we knew that the Cuban government cataloged it as counterrevolutionary, and we learned that the departure of these pastors from the country is being regulated. That is something that creates uncertainty about the formation of the Evangelical Alliance.

I guess they will meet again in August and will be able to put on the table all the challenges that lie ahead.

Q. You are also very active in social media, especially to denounce and defend the Christian values and principles of life and family. That has also brought you problems.

A. Since God gave me the opportunity to lead, along with a group of brothers, "Power to Transform", which was an evangelistic campaign through the media, my life went from anonymity to being visible to the authorities.

From that moment to here, I have always had the weight of their presence behind me. Several times I have been called to testify, interrogations and so on.

Then, after that campaign, God gave us the vision to take advantage of that space that came from a nice interdenominational work, with love between pastors. A space where nobody spoke in the name of his denomination, but we all work together.

That left a guideline to start working on the pastoral unity project, which is a project that fundamentally empowers pastor working in Havana pastoral.

Being a correspondent has also been a reason for the security of the state in Cuba to call me to give reason of all the programs we organize.

I do not think it will be a one time only thing, in fact, one leaves Cuba knowing that, as has happened to me many times, when you arrive at the airport, they can stop me, leave you hours and hours and hours there to interrogate you, or just to check everything about me. 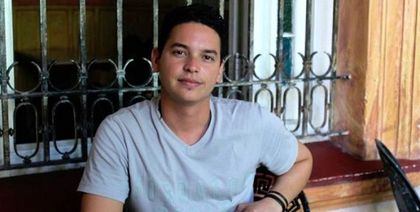 Q. How do you see the future of the Cuban Evangelical Alliance? Which are the steps to follow? What should they be doing in the short, medium and long term?

A. I am not a spokesperson for the Alliance, but I personally believe that unity is not an option, it is a need.

Everything that takes place in the spirit has a painful process. But when it comes to light, when the parts that have to come together come together, I think it's going to be a pretty creature.

And fundamentally, although the Cuban authorities may not see it that way, it will be a blessing for our nation.

The church is not called to confront anyone, to have problems with anyone. The problem comes when the church proclaims its justice, which is that of God.

Although the gospel is love, the Lord himself said that it would also bring dispute. But in the end I believe that the Alliance is not an option, it is a need at the institutional level.

Each of these denominations is legal in our nation, therefore, I believe that all we need is to see what strategies we wage so that they could prevail.

Q. These days we have also learned about the detention, for a short period of time, of our colleague Yoé Suárez. Does it mean that there has been a resurgence of pressure against Christian work on the island?

A. I became a Christianin 1989, and I always heard the stories of the difficult past of the evangelical church in the concentration camps, which I saw it as just history. I believe that there is a spirit in our nation, a spirit of evil, that is trying to demonize the social role of the church.

And there is a very perverse politics that I think will not give any good fruit, because it is rising against God, and that is very dangerous.

For those who ignore it, it is good to warn them and tell them that the church will bear the fruit of a united Church, a cohesive Church, a Church willing to suffer.

Historically speaking, the church did not yield in difficult times, on the contrary, it came together and overcame the persecution. Therefore, I think that what they are doing in this regard is not very strategic.

Q. Finally, what would be your call to all our readers, especially to the Christian people of Latin America?

A. First, the church has to be one. These are final times. Jesus is at the doors.The church has to fight against all this anti-Christian movement that exists globally, the only way to prevail is to be united, claiming the right for life and family.

Through that message of unity, we are going to reach many, as it says in John 17:21: "Father, just as you are in me and I am in you. May they also be in us so that the world may believe".

The world will understand that Jesus Christ came, when the church leaves all differences, to unite, and in one voice claim her rights.