Activists insult participants of the Bible reading in social media. “We live the greatest repressive wave against Christians since the sixties”, Christian Cuban journalist and professor says. 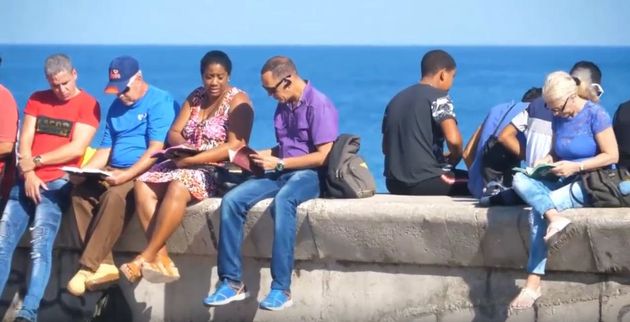 For more than 10 years, Cuan Christians gather gather for annual Bible reading at ‘Malecón’ the first Sunday of December. / GNA.

The Evangelical League of Cuba (LEC in Spanish) organizes a public reading of the Bible, which takes place every year in the ‘Malecón’ in Havana, on the first Sunday of December.

This year, pro-Communist regime activist Elaine Salaregui attacked this initiative on her Facebook account, saying that Christianity “express itself again in public space, this time giving visibility to the Bible they use as a club, showing up as a crowd, or even worse, as the Cuban Church”.

Salaregui leads the Church of the Metropolitan Community, with about 100 members and presence in several cities of the island. It receives support from the Cuban government, thanks to her proximity to Mariela Castro, the niece of the late dictator Fidel Castro.

Also known as “the gay church”, the Metropolitan Community is not registered, however it has never received the hostile treatment other Christian communities suffer.

In addition to Salaregui's post, journalist Francisco Rodríguez Cruz, proposed  “to go there that day to read the Constitution”, a provocation that several people seconded. Rodriguez was known months ago for comparing evangelical believers with staphylococci, in a Facebook post.

“Read your Bible in its proper places and behave yourself. Don't cry in jail for breaking the law”, pro-Castro writer and poet, Jesús García, threated the participants.

Activist Roberto Ramos Mori, who has recently signed contracts with the government through the Ministry of Culture and the Havana Film Festival, and is known for using the hastag #TheChurchWhichLightsUpMostIsTheChurchThatBurns, also supported Saralegui's post.

Meanwhile, the audiovisual director for the Cuban state TV, Leandro de La Rosa, said: “On the Malecon? Oh, my mother, they will need a megaphone to read there. That amplified reading will be beautiful, will it be something like public Tantrism? What nonsense of idea”. 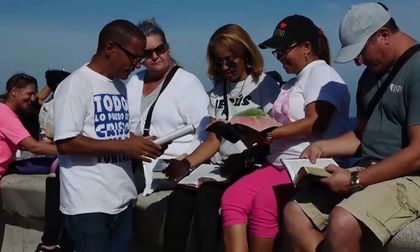 The Cuban government represses any concentration of people in public spaces, however this evangelical gathering has survived a decade, thanks to its discretion.

After the attacks on the activity on the Malecon, the LEC eliminated the public invitation, to avoid further confrontation.

“Although we have gathered more than 500 people with open Bibles in one of the most important avenues in the country, there has never been any disturbance”, said a participant from previous editions, who prefers to remain anonymous because she fears retaliation at work .

However, “with the threats on Facebook, we fear that they will provoke us while we read, that they will bring the same hostile attitude they have in social media to an activity where the elderly and minors participate”, she added.

LACK OF INFORMATION AND DISCRIMINATION

“The biblical reading is not carried out out loud for the participants or the passers-by; it has never been done like that before”, stessedd another regular participant of the reading.

“People are very uninformed, and when they give their opinion at those virtual forums, they speak exclusively from prejudice”.

“THE WORST ANTI-CHRISTIAN WAVE SINCE THE SIXTIES”

Cuban journalist and professor, Leonides Pentón, said in an article for Latin American news website, Evangelico Digital, that “today in Cuba, we are starting to see the greatest repressive and discriminatory wave against the Christian community since the sixties, when the Communist Revolution began”.

Last month, seven Cuban Christian intellectuals wrote a public letter to the government, calling them to “respect, guarantee and protect freedom of thought, conscience and expression, and recognize freedom of the press”. They also demanded “the lifting of those measures which violate individual liberties on all Cuban citizens, and the non-criminalization of journalism and social activism outside the aegis of the State”.