Pro-life leaders denounced that the president intends to covertly approve a pro-abortion statute. Fabricio Alvarado, leader of the Costa Rican opposition party, participated in the march. 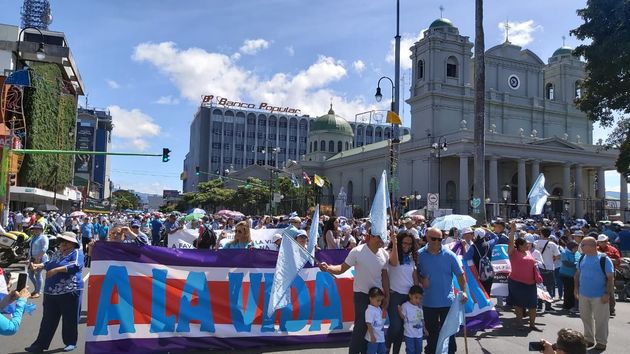 Tens of thousands of people marched along the main streets of the city of San Jose, the capital of Costa Rica, in defense of life.

Led by a significant number of congressmen and political and religious leaders, adults, young people and children called President Carlos Alvarado to refuse to sign a statute which would legalise abortion.

During the march, organised by the National Front for Life, evangelical Christians joined Catholics to say Yes to life, which was the motto of the event.

Pro-life leaders reveal that the president of Costa Rica intends to covertly open the door to abortion.

“Costa Rica is a nation of life, a country that believes in life. Suddenly, in a deceptive way, they want to substitute a law that represents the heart of Costa Ricans with an unnecessary law, by which they can make abortion legal”, said Ricardo Salazar, pastor of Abundant Life Church.

Fabricio Alvarado, leader of the Costa Rican opposition party, participated in the march and denounced that “the groups that have promoted this statute are the same ones that ask for abortion without any reason. This shows us that what this statute really proposes is unlimited abortion in Costa Rica”. 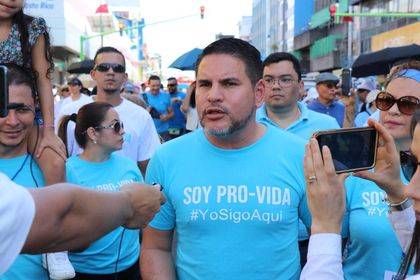 “Mr. President, by intending to sign this statute, you are going against the people, you are taking action against a population who is pro-life, against people who do not agree with it, and know that this statute is not necessary, people who are very familiar with this issue”, he concluded.