Africa has become “an easy prey, because of its vulnerability and the abiding Western interest in the region”, says the Secretary General of the Association of Evangelicals in Africa (AEA). 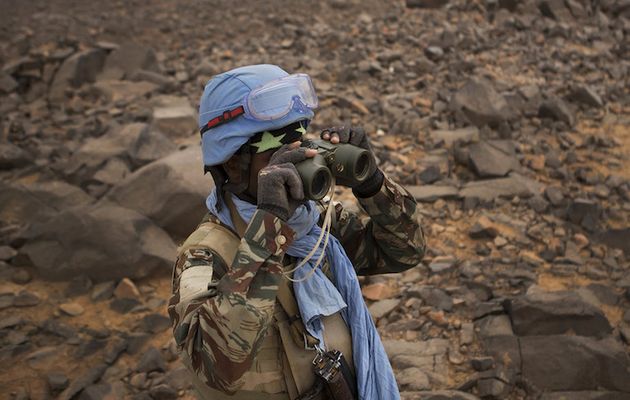 The 2019 Open Doors World Watch List (WWL) warned of an “increase in sub-Saharan Africa militia” of Daesh (IS), which had dispersed after losing territory in the Middle East.

According to the Christian organisation, “instability, corruption, poverty, unemployment and lack of governance” are an ideal scenario for the growth of radical Islamism, which has also “instrumentalised existing identity-based conflicts to forge alliances to strengthen their base and widen the risk they pose to global security”.

A year later, several countries in the Sahel region that were not on the open Doors WWL until now, have become part of the document. Burkina Faso, Niger and Cameroon are some of the territories in which the increase of violence is closely related to the rise of the presence of jihadism in the area.

The International Observatory of Studies on Terrorism has reported that, while in March 2019, coinciding with the defeat of Daesh in Baguz, its last territory in Syria, there were 28 jihadist attacks in the Maghreb and Sahel regions, with a total of 153 deaths. In January 2020, there have already been 77 attacks and 502 deaths, most of them in Burkina Faso, Mali and northern Nigeria.

“AFRICA IS AN EASY PREY”

The colonial division of Africa also affects national religious identities. A clear example of the consequences of the Berlin Conference on Africa (1884-85) is Nigeria, the most populous country in the region.

“Nigeria is a special case, as the religious conflict has been there for a long time. However, it was also fueled by British colonial administration; creating division between the Northern Muslims and predominantly Christian South”, Aiah Foday-Khabenje, Secretary General of the Association of Evangelicals in Africa (AEA), told Spanish news website Protestante Digital.

According to Foday-Khabenje, “Jihadism is a global concern. It has been fueled at global level mostly by conflict between Western ideologies and attitudes and a fight against Islamic values. Africa is an easy prey, because of its vulnerability and the abiding Western interest in the region”.

THE CASE OF MALI

Jon Smith* (name changed), an American NGO employee in Mali, points out that “the Christian church is respected in this nation, even though 95%of the population is Muslim and there are animist beliefs mixed into all of it”.

Smith first arrived in the country in the 1980s with his wife and together they worked in the west of Mali.

“The Mali government often consults with both the Catholic and Protestant leaders alongside the imams. They are often invited to yearly meetings with the President and the Governors, and they visit our churches occasionally”, he explains.

Although “church leaders are not involved in politics, and only a few Christians are in the Assembly, many work in respected government positions. From what I know it is similar in Senegal, Guinea, Cote Ivoire, Burkina Faso, and Niger”.

The ethnic conflict and a bigger jihadist presence have expanded the focus of violence from the north to the central and western regions of the country.

According to data from the latest report of the United Nations Secretary General, António Guterres, on Mali, “since the inception of the Mission in 2013, 128 Blue Helmets have been killed as a result of malicious acts, and another 91 have died as a result of other causes”. This is the deadliest figure on the continent since the Republic of the Congo in 1964, and Darfur. 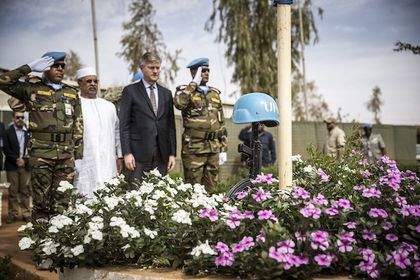 Smith underlines that “jihadism is growing in West Africa and this salafist and extreme wahabia preaching is reaching more and more imams and people”.

“The nomad Tamachek feel left out of the advances in black settled southern Mali and that's why Azawad almost succeeded as an independent nation in the middle of the desert in 2012-13. The Fulanis perceive they are treated as just bush boys by the Dogons, the Tamachek, the Songhai, the Bambara, all of them”, he adds.

Furthermore, “the abuse of the army and police just push them into the arms of the salafist agents with money, and some money comes indeed from abroad”.

The international worker stresses that “some of the most influential politicians, and some of the richest men in Mali are Fulanis. They are mostly against the new Salafism, but want a stronger Islamic influence against the global influences coming”.

“But, would the governments here backtrack on the 'progress' they have made pushed by the UN, the EU, and the USA? Much money is tied to social goals, and it's hard to say no”, he says.

THE CHURCH AS A CATALYST

Both Foday-Khabenje and Smith agree that “Islam has existed alongside Christianity in many of the countries, peacefully”.

However, they do not ignore the escalation of violence that, for example, has made Nigeria the country where more Christians were killed last year, 1,350 according to Open Doors, followed by the Central African Republic, with 924. Or the 19 attacks and more than 141 dead in Burkina Faso so far this year.

“Globalisation and radicalisation from the Middle East is making Islam more militant than ever”, Foday-Khabenje pointed out. “It will take decades to rebuild the trust and reconciliation”, Smith adds.

The NGO worker says “the church can be a catalyst to help the moderate Muslims to rebuild such trust and to help them help their young people to not fall into radicalism; but it is something terribly hard for both the church or the mosque to consider”.

“The Christian church is growing, even in the Sahel. I do not think any government wants a radical shift in either direction, because that social change would be too heavy and cause disruption”, he adds.

According to Foday-Khabenje,”the National Evangelical Alliances are best placed to interact with their national government authorities. WEA (the World Evangelical Alliance) and other international partners will do well if they step up in enhancing the ability and capacity of national leaders to speak, advocate and ensure religious liberties in their nations”.

Although he does not reject military interventions, Smith sees the political and social spheres as the only spaces to solve this conflict.

“International armies can help since the jihadists are not in any dialogue with anyone. Armies who fully demonstrate impartiality and justice can help, but that non-racist concept is earthshaking”.

“I do not think France has worked on that so well. They have been shackled by their colonial past here, much criticised, and only with their recent loss of 13 soldiers in a helicopter accident, did they finally agree to a coordinated command with G5 (a coalition that includes Burkina Faso, Chad, Mali, Mauritania and Niger)”.

“That kind of collaboration is very much needed, along with complete retraining of the mindset of the armies and police of Niger, Burkina, and Mali”, he concludes.