The Trump Middle East peace plan, far from being definitive

The proposal has been rejected internationally. “It is not a peace agreement, but just a ‘vision’ or ‘plan’, and that does not mean much to Israel”, a Israeli professor of international relations says. 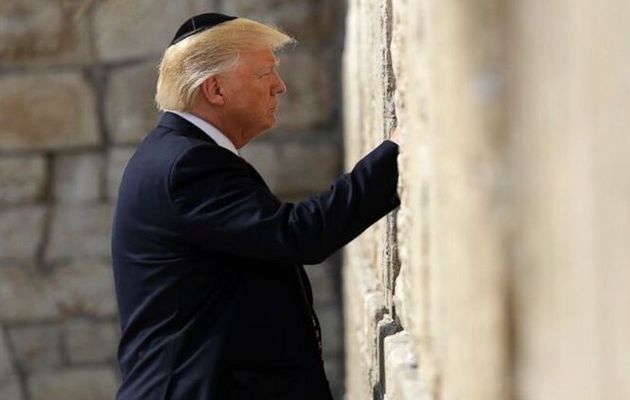 “This is what a future State of Palestine can look like, with a capital in parts of East Jerusalem”, Donald Trump recently wrote on twitter, next to the image of a map of the area. He had just presented his Middle East Peace Plan for the conflict between Israel and Palestine.

According to the president of the United States, the so called ‘deal of the century’ represents his “vision for peace, prosperity and a brighter future for Israelis and Palestinians”.

But the plan has not been well received by the international community.

Although some historical members of the Arab League, such as Egypt, United Arab Emirates, Oman or Bahrain, have reacted positively; the European Union has stated that the “the proposal clearly challenges the internationally agreed parameters of a peaceful resolution to the Israeli-Palestinian conflict”.

The UN Special Rapporteur on the situation of human rights, Michael Lynk, pointed out that “the Trump plan on the Israeli-Palestinian conflict is a lopsided proposal entirely in favour of one side to the conflict [...] it offers a one and a half state solution”.

Additionally, the Palestinian National Authority announced during a one-day emergency meeting in Cairo that “there will be no relations at all with the Israeli side and the United States, including security ties”.

“IT DOES NOT MEAN MUCH TO ISRAEL”

Meanwhile, Israelis, who will face the third general elections in less than a year and a half, do not seem to be willing to start a new debate. Beyond the voices of Likud and Blue and White parties, in favor of the agreement, and of sectors of the left, against it, there hae not been many more public pronouncements.

“This was historic, it was dramatic. It's going to be highly controversial and full of surprises”, writer and Middle East analyst, Joel Rosenberg, said in the Israeli digital media Kehila News.

But according to the professor of international relations at the Hebrew University of Jerusalem, Arie Kacowicz, “this is not a peace agreement, but just a ‘vision’ or ‘plan’, and that does not mean much to Israel”.

“Trump's proposal gives rise to different interpretations regarding national politics, and, although it is not the idea of Washington, both the Likud (the party in the government) and the far-right parties see it as a carte blanche to annex 30% of the West Bank”, Kacowicz told Spanish news website Protestante Digital.

The territorial distribution and the delimitation of the borders continues being the point where the agreement fails. “The Trump Administration makes it clear that it is working with the Israeli government to impose a larger Israel, beyond the 1967solution of the two states”, said the president of the Palestinian National Authority, Mahmoud Abbas. 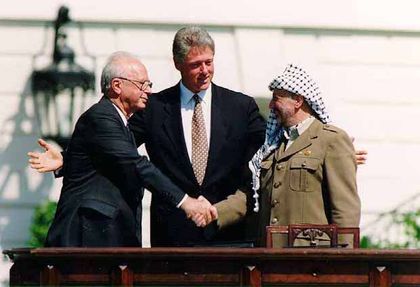 “The plan favors the official view of Israel and also the center-right stance of the Blue and White party, offering Palestinians 70% of the West Bank, under certain conditions, and Israel the possibility of annexing 30% of the region, including 97% of the settlers who live there”, Kacowicz explained.

The peace plan “contains pragmatic and realistic elements, but it does not give the 22% of Western Palestine territory to the Palestinians, rejecting the return of refugees and maintaining the current status quo in Jerusalem”, he underlined.

“It does not give them any presence, except for a multinational tourism entity, and it preserves in the hands of Israel the majority of the eastern part of the city, such as the Temple Mount or the Old City, unlike the plans presented by William Clinton and John Kerry in 2000 and 2016”, he added.

But the plan “uses elements of the plans of the former Democrat President and Secretary of State. It is all a matter of recycling. It is not at all the last chance. In the long run, a balance point must be sought between the Peace Plan of the Arab League and this proposal, which should not be completely ruled out”, the professor said.

A PLAN IN THE MIDST OF ELECTIONS

The announcement of the peace plan came during the final stretch of the ‘impeachment’ against Trump, coinciding with the officiality of the process of imputation of Israeli Prime Minister Benjamin Netanyahu, which had previously been announced by the Attorney General.

“The timing comes from an internal political motivation, both in the United States and in Israel. Trump is in the year of his possible reelection, looking at evangelicals, while Netanyahu is facing a third election in March”.

The plan “was already prepared more than a year and a half ago, but it was postponed due to electoral issues. It is helping the electoral campaign of Netanyahu, changing the agenda of issues of corruption, to the everlasting conflict with the Palestinians”, Kacowicz pointed out.

In addition to political reflection, the conflict between Israel and Palestine inevitably encompasses a religious dimension.

“Trump is practically saying that Jerusalem is for Israel”, Abbas lamented shortly after learning the details of the proposal. The capital status of Jerusalem is one of the most controversial issues in this conflict.

From a religious perspective, the theologian and author of Evangelical Focus, José Hutter stress that “regardless of how we want to understand the verse in Isaiah 26:1, it has nothing to do with Trump's plan”.

“It is hard for me to understand the attitude of those who always uses the Bible as a source to draw verses from its context, with the idea of ‘checking’ that we are facing the fulfillment of some prophecy”, he says.

Hutter regrets the lack of prudence when addressing this issue and believes that there is “a bad history of interpretations” in this regard.

The theologian emphasises that “this type of continuous sensationalism is very counterproductive, I prefer a solid exegesis that takes into account the context of a text, instead of using a text as a pretext to make it say what it does not say”.

“Trump's peace plan is the umpteenth we have had in the last 70 years. In a few years Trump is going to be history and his plan too. It will not be the last peace plan for the Middle East”, Hutter believes.

The proximity of the electoral campaigns in both Israel and the United States, has left the proposal at rest rather than uncertain.