The de-escalation is taking place in parallel to new massive demonstrations. “We want to grow in maturity and our love for the Lord at this time, so that we can withstand whatever changes that might come”, says a pastor. 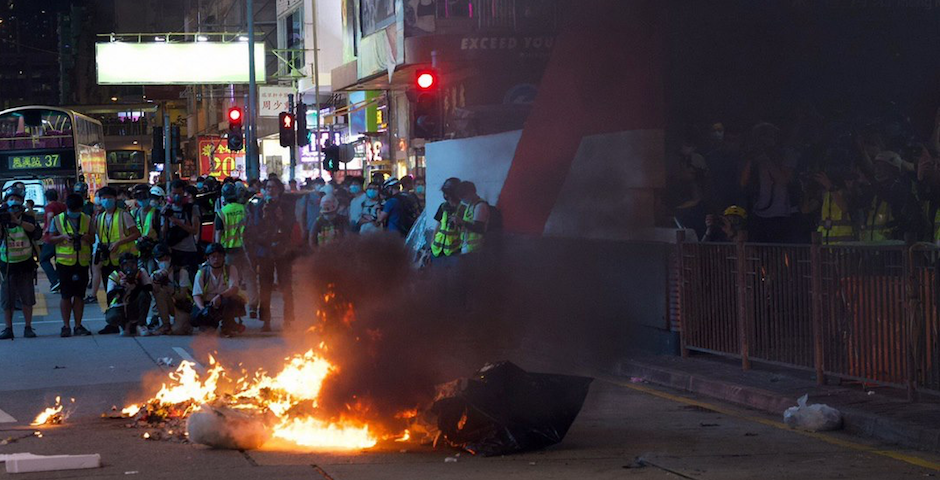 Up to 360 people have been detained after several days of protests in Hong Kong. / @HongKongFP, May James

The approval of the Hong Kong National Security Law by the Chinese government on May 28, has generated a new wave of protests. with the security forces firing tear gas at the protesters and 360 people arrested, according to the local Hong Kong Free Press, one hundred of whom are minors.

According to the official Chinese news agency Xinhua, in order to “unswervingly, fully and faithfully implements the principles of one country, two systems”, the Hong Kong Special Administrative Region (HKSAR) “will take necessary measures to safeguard national security, as well as prevent, stop and punish acts and activities endangering national security”.

Furthermore, “it opposes the interference of any foreign or external forces [...] will fight to keep national sovereignty, unity and territorial integrity, and it must regularly report to the Central People's Government, to effectively prevent, stop and punish acts and activities to split the country”.

United States and the UK relationships with China threatened

The US Secretary of State, Mike Pompeo, responded by saying that China’s “disastrous decision to unilaterally and arbitrarily impose national security legislation on Hong Kong is only the latest in a series of actions that fundamentally undermine Hong Kong’s autonomy and freedoms and China’s own promises to Hong Kong people under the Sino-British Joint Declaration”.

The Chinese Foreign Ministry spokesman, Zhao Lijian, accused the United States and the United Kingdom at the United Nations of “making unjustified comments, interfering and obstructing for their own political purposes”.

The Chinese representative warned the US government that “any words or actions that harms China's interests will meet with a firm counterattack”, and said that “London must immediately stop interfering in Hong Kong's affairs and China's internal affairs, or this will definitely backfire”.

A city in the midst of a de-escalation

The protests in Hong Kong have come back, as soon as the first de-scalation measures began.

A representative of the Fellowship of Evangelical Students (FES) in Hong Kong told Spanish news website Protestante Digital: “The situation is quite stable in Hong Kong, and actually we do not have a serious spread of the virus in the society. We can keep our social activities under some control”.

The city, which as of June 1 had 1,088 official Covid-19 cases registered since the first infection in 23 January, has adopted different measures of de-escalation in recent weeks, although there are still limitations.

Passenger arrivals from Taiwan, Macao and China remain restricted until June 7, and Hong Kong has banned the entrance of travelers from other countries until September 18.

Gradual reopening of places of worship

According to the local press, the authorities have decided to extend the restrictions regarding social distancing after a slight rebound in infectins was registered. Therefore, meetings of more than eight people are not allowed.

“We are looking forward to meeting in person soon. We are scheduled to start our physical meeting on 7 June”, said Heewoo Han, the pastor of the Shatin Anglican church said.

Han explained that they have continued the worship services online, and have developed special online activities, such as the celebration of Easter, a virtual choir, testimonies recorded on video and a joint online worship service for the entire city with other churches.

“We went through sort of a 'stages of grief': anger, denial, bargaining, depression, acceptance, new normal. But I think many of us took it as an opportunity to rest, spend more time with family, focus on reaching out to others via technology, spending focused time on God”, he pointed out.

The opening of the worship places will be gradual, and “some churches even consider to keep certain portion of online events, after resuming the face-to-face meetings”, the FES representative added. 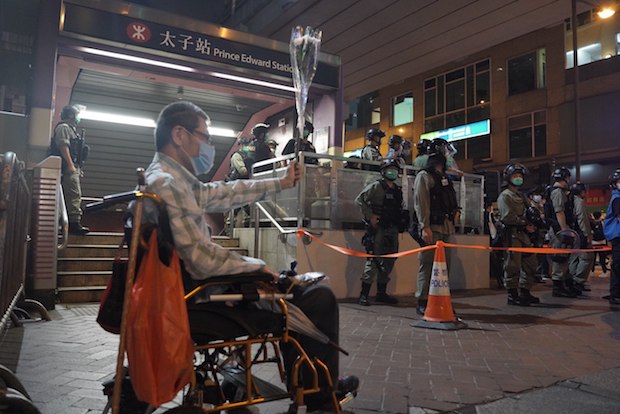 Thousands of people have taken  the streets of Hong Kong to protest against the National Security Law passed by Beijing. / @HongKong FP, Benjamin Yuen.

As in other countries, the churches of Hong Kong have also responded to the social needs that have arisen as a result of the pandemic.

“We have recently created a fund of 35,000 dollars to help especially our mission partners and church members who are affected.  We also participated in a campaign, distributing 30 boxes with goodies including masks, toys, canned foods... etc”, Pastor Han underlined.

According to the students representative, “many churches in Hong Kong are middle-class, so they do not understand the living situation of the poor, but some of them have learnt to be more humble, to enrich their experience reaching out the minorities, so that they could broaden their view of mission and ministry”.

“I have personally enjoyed this time when the protests had to cease, but there will be more protests coming”, Han said. This June marks the first year of the beginning of the current movement of protests.

Besides the National Security Law of Beijing, the regional government has also banned the annual vigil for the Tiananmen massacre for the first time in 30 years. “The national security law will make it very difficult for people in Hong Kong to enjoy the freedom of speech and the right to assemble”, the pastor explained.

“This will be tough for the city, and I am sure it will only encourage more protests. The Hong Kong government is not managing this crisis very well, the perception is that this government is really an extension of Beijing, even though the city is supposed to enjoy a greater degree of autonomy until 2047”, he added.

The FES representative believes that “the political pressure is more serious and explicit, so Hong Kong people keep our protests in different ways. The police force is more brutal than before. The Hong Kong government cannot take the role to represent Hong Kong, but only surrender its will to the orders from the Mainland”.

“Christians will face another stage of challenge in faith. Please pray that Hong Kong Christians will keep their faith, facing the coming of the totalitarianism”, he added.

Published in: Evangelical Focus - world - Hong Kong Christians ask for prayer to face “the totalitarianism that is coming”