Lazarus Chakwera won after 13 months of street protests related to the 2019 elections. “I accept this call to serve you for I am duty bound to God”, he said. 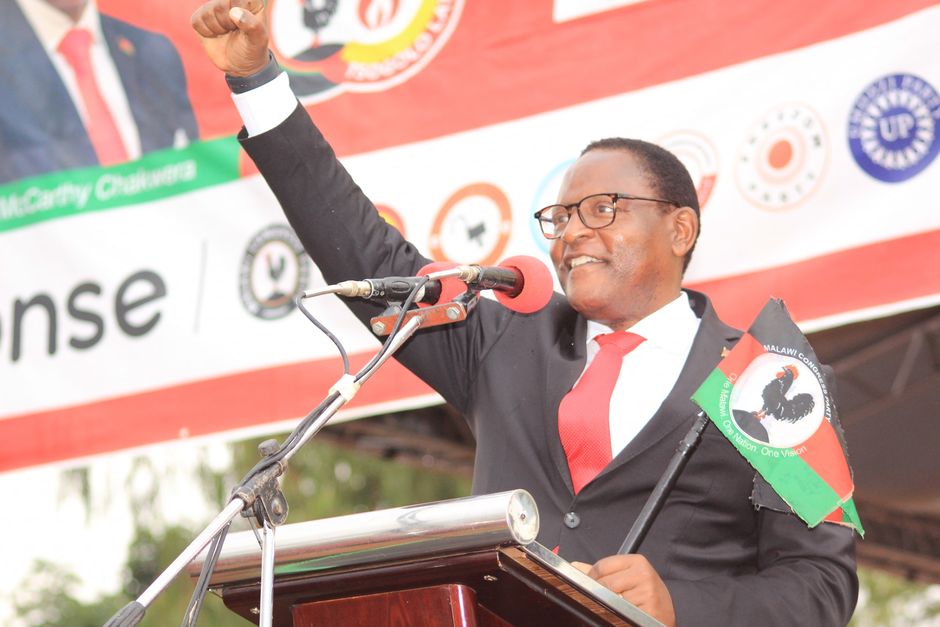 Lazarus Chakwera, former head of the Malawi Assemblies of God, one of the largest Christian denominations in the country, won the elections with 58% of the votes, according to the Malawi Electoral Commission on Saturday night.

He beat the incumbent president Peter Mutharika, who came second with 1.7 million votes. Voter turnout was 65%.

The country is fractured after a divisive 13 months of street protests against the results of the election, more than a year ago, in May 2019, which were cancelled by the courts.

After his victory, President Chakwera talked about the dream "that binds us together, which is for us to enjoy shared prosperity, not just freedom".

However, "time has come for us to go beyond dreaming. We all must wake up because this is a time to arise from slumber and make our dream come true", he added.

“I pledge to run Malawi well, because that is the surest pay-off that has been long in ruins, riddled with potholes of greed and corruption. And in making this pledge, I am accepting this call to serve you with joy and holly fear for I am duty bound to God and by God and all of you”, he said.

Head and professor of Assemblies of God School of Theology

Graduated in Arts, Chakwera obtained his Bachelor's and Master's degrees in Theology from the University of South Africa in 1991. In the United States he received a doctorate to become a professor at the Pan African Theological Seminary for many years.

He also chaired the Assemblies of God School of Theology from 1996 to 2013, in which he was also a professor.

Franklin Graham: “I pray that God will bless, direct, and protect this man”

Chakwera worked with the Billy Graham foundation for many years. His son, Franklin Graham, congratulated him on Twitter.

“Congratulations to Dr. Lazarus Chakwera, who was just elected president of Malawi. I pray that God will bless, direct, and protect this man as he leads Malawi”, Graham wrote.