“The suspect has been identified and arrested”, Charleston police chief Greg Mullen confirmed. Church is one of the historic black Christian communities in the South East. 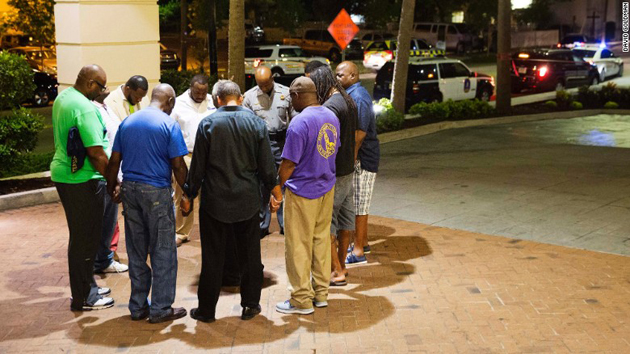 A group of believers pray near Emanuel church in Charleston, after the attack. / AP

The gunman wanted in the killing of nine people at a prayer meeting at a historic black church in this city’s downtown area was taken into custody Thursday morning in North Carolina.

Charleston’s police chief, Greg Mullen, said the suspect, Dylann Storm Roof, 21, had been caught about 200 miles away, in Shelby, N.C., a town west of Charlotte. His arrest came about 14 hours after the shooting.

The police here have said Mr. Roof, who is from the Columbia, S.C., area, is the white gunman who walked into a prayer meeting, sat down with black parishioners for nearly an hour, and then opened fire — a burst of violence that officials described as racially motivated. 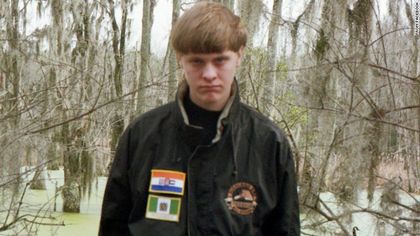 The Justice Department’s Civil Rights Division, the F.B.I., and the United States Attorney’s Office for South Carolina opened a hate crime investigation into the shooting, parallel to the state and local investigation, a department official said. Chief Mullen called the shooting, which left six women and three men dead, a hate crime.

The gunman walked into the Emanuel African Methodist Episcopal Church after 8 p.m., and the first call to police came shortly after 9 p.m. Among the dead was the Rev. Clementa C. Pinckney, pastor of the church, who was also a state senator.

Sylvia Johnson, a cousin of Mr. Pinckney, told NBC News that she had spoken with a survivor of the shooting who told her the gunman reloaded five times. The survivor, she said, told her that the gunman had entered the church and asked for the pastor. Then he sat next to Mr. Pinckney during the Bible study before opening fire.

“I have to do it,” the gunman was quoted as saying. “You rape our women and you’re taking over our country. And you have to go.”

Calling the shooting the work of “a hateful and deranged mind,” Mayor Joseph P. Riley Jr. said it was hard to imagine churchgoers at “a prayer service and a Bible service, and they’re speaking about the Holy Scriptures and praying,” while someone is “sitting there contemplating the act of murder.”

Eight people died at the scene, Chief Mullen said. One person died on the way to the Medical University of South Carolina.

Mr. Pinckney’s sister was also among those killed, said J. Todd Rutherford, the minority leader of the State House of Representatives. 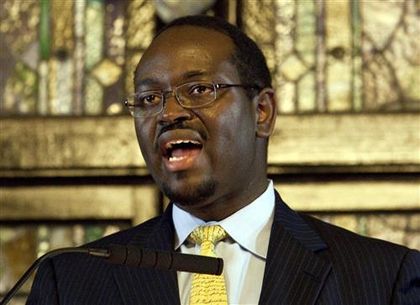 Mr. Rutherford, who had served in the State Legislature with Mr. Pinckney, 41, since 1998, recalled him as a tireless leader with a booming voice and a mission to serve.

“He was called to the ministry when he was 13, ordained at 18, elected to the House at 23 and the Senate at 27,” Mr. Rutherford said. “He was a man driven by public service.”

State Senator Lawrence K. Grooms said Mr. Pinckney had had “a voice you could pick out of a crowd, a booming voice.”

“He was my friend, he was my colleague, but he was also my brother in Christ,” said Senator Grooms, who drove down from the Statehouse as soon as he heard the news last night.

Riley, who's seen Charleston go through ups and downs during his 40 years as mayor, said the city must immediately start the healing process. A community prayer meeting will be held Friday at the College of Charleston, not far from the church, he said.

After the shooting, church and community members converged on the area to pray in the street, often while holding hands.

Dot Scott, the NAACP leader, said family and friends of the victims gathered at the Embassy Suites motel near the church after the shooting. The city set up a victims' assistance centre there.

"There were at least 50 or more people there," she said. "There were families of the victims, grandchildren, council members and a bunch of people there."

Emanuel African Methodist Episcopal Church was built in the 19th century and is one of the oldest churches of the black community in the south of the USA.

Charleston is a city of 127.000 inhabitants. 67 per cent of population is white, and 29 per cent black, according to the official census. As other states in the south of the USA, South Carolina has a tragic history of racial discrimination. Slavery was only abolished in the 19th century and black citizens were marginalized until racial segregation was finally abolished in the midst of the 20 century.