Mali: “Churches have been asked to mediate at various points”

The authors of the coup have met with different religious leaders in the country. “We are often consulted, and much respected”, Christians in the country say. 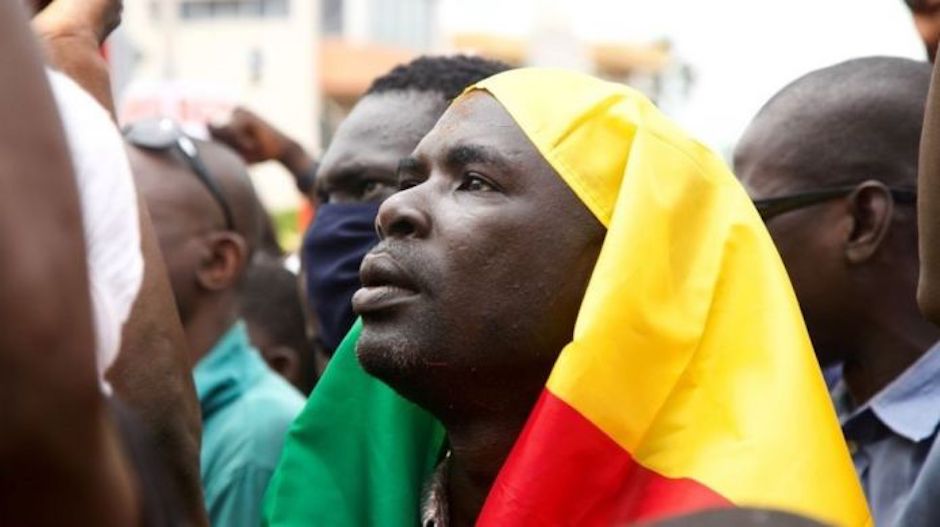 After a failed consultation attempt, the military junta continues to meet with different groups in the country, including religious leaders. / Twitter Mvu e Khama.

As the days go by, Mali's political future remains fraught with uncertainty.

The Economic Community of West African States (ECOWAS) continues to press for the military junta that holds power after the coup of August 18, to transfer it to a civilian and organise elections within a year at most.

“No military structure should be above the interim president”, stressed the President of Niger, Mahamadou Issofou who now also heads the ECOWAS.

The National Committee for the Salvation of the People, which has taken control after the putsch, seems receptive to the external recommendations, but has postponed a consultation for the transition that was going to take place this weekend “for organizational reasons”.

The decision came after the June 5 Movement, an organization that brings together opponents of the deposed president, Ibrahim Boubacar Keita, and influential religious leaders, protested because they were not invited to the meeting. "A revolution cannot be confiscated by a group of soldiers”, sai the entity's spokesman, Issa Kaou Djim.

According to Jim Bowers, an American evangelical missionary who has served in Mali for years, the June 5 Movement “is not among those who are waging civil war, but its leader (Imam Mahmoud Dicko) believes that if Mali were more Islamic, the jihadists would lay down their arms. We believe that he is deluding himself and the jihadists will not be satisfied with his form of Islam either, because it is not radical”.

“Furthermore, for many of those who live in the north, jihad is a veneer hiding their true interests, which are theft and drug and human trafficking”, he added.

The National Committee for the Salvation of the People, led by Colonel Assimi Goita, has not refused to meet with representatives of different religions in the country, including the evangelical Christians.

“We do not feel threatened either as foreigners nor as Christians”

“We do not feel threatened either as foreigners nor as Christians. Complaints were against the government 'regime' in place and not against us”, said Bowers, who also pointed out that “French people have been targeted by the northern terrorists”.

“The churches have not been threatened at all throughout this political crisis. In fact, we have been asked to mediate at various points”, Bowers told Spanish news website, Protestante Digital.

While the jihadist conflict has been gaining ground in Mali in recent years, “the situation is worse now in Burkina Faso and Nigeria than in Mali, in many ways, and from there are sad reports of extrajudicial killings by the government forces. Much ministry has been shut down there”, Bowers said.

The missionary asked to pray for “the countries of the Sahel, from Mauritania to the Central African Republic. Things are quite grim in many places due to resurgent radical Salafist Islamic terrorism. Some areas are under the control of those who say Western methods are against Allah. Several schools, clinics and governmen services have been closed by them”.

“There is much racism in every country and until that is recognised by all and dealt with properly, there will always be a ripe source of recruiting for banditry and violence. Reconciliation is difficult and I am glad to see that there are a few groups of Christians and Muslims working on this”, he stressed.

According to Bowers, part of the problem is that “governments do not have a handle on how to show and act justly and give a perception they are on the side of each and every people groups. We might hear more in the next few months of terrible riots in Guinea and Cote Ivoire, as both have contested elections in October by old leaders seeking a third term”. 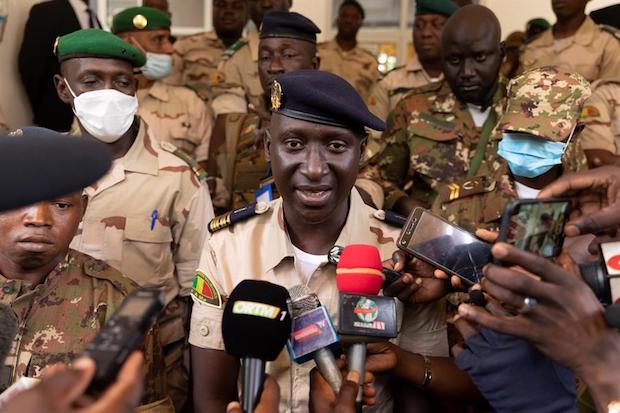 Colonel Ismael Waguéis the spokesman for the National Committee for the Salvation of the People. / Twitter Soy Nueva Prensa Digital

Question. Which is the situation in Mali progressing after the coup?

Answer. It seems that a civil-military government will be set up. The National Committee for the Salvation of the People is meeting with different groups to get their support and their version of what should be done.

An embargo, the closure of banks and borders will worsen the situation. The colonels know this and do not want people to be against them, so they are slowly relenting from their first pronouncements.

I think that in the next two weeks a clearer picture will emerge. I am voting for a 1 year period. This was done in 1991 (against Moussa Traoré) and in 2012 (against Amadou Toumani Traoré).

A. People were fed up with government's handling of everything. The military heard it and finally acted, to most everyone's surprise. It was a virtually bloodless coup and, this time, the military seems united, not like in 2012.

President Keita was not an evil dictator, although many used the word 'regime', but war, poverty, injustices by the military and police, bad elections, long school strikes, bad decisions in agriculture and the kidnapping of the opposition leader, Soumaïla Cissé, last March in Timbuktu, put him over the tipping point.

Q. How can the new scenario affect, not only national politics, but also other areas, such as the relationship between ethnic groups and religious freedom?

A. That is the big question. Will the jihadis take advantage of disunity in the capital and strike out to take some major northern towns, as in 2012? Will there be attempts to foster reconciliation, especially the tensions between Dogon and Fulani? Will they be able to stop the Boko Haram-style slaughter of farmers in the Koro, Bankass and Niono areas (all of which are Dogon-dominated), in central Mali?

Will there be some reckoning of injustices by the armed forces who are sworn to protect civilians? Will they be able to get the rebel Tuareg confederations, the major element of the social structure, to lay down arms? Will the Arabs be able to reconcile with the Tuareg and Songhai in the north?

All that needs to be done to end the wars. It will take time and a ground change of scenery towards brotherhood, (just like in the United States and so many other places), for many in the center and north, as well as in Bamako and other main cities. Please pray for Mali.

Q. How do Christians and churches face the new scenario?

A. National churches and mosques are all involved in the process. The Association of Evangelical Protestant Missions and Churches Groups in Mali (AGEMPEM) met this Monday with the leaders of the National Committee for the Salvation of the People, in a friendly meeting. The main Catholic and Muslim leaders were also present.

We are often consulted, and much respected. I recently learned that one well known church member and soldier is helping draft the legal declarations for the military junta.

Published in: Evangelical Focus - world - Mali: “Churches have been asked to mediate at various points”