WEA denounces abductions and forced marriages of minors in Pakistan

During the 45th session of the UN Human Rights Council, the WEA calls on Zimbabwean government “to address the causes of the country crisis, [...] to prevent violations of fundamental rights”. 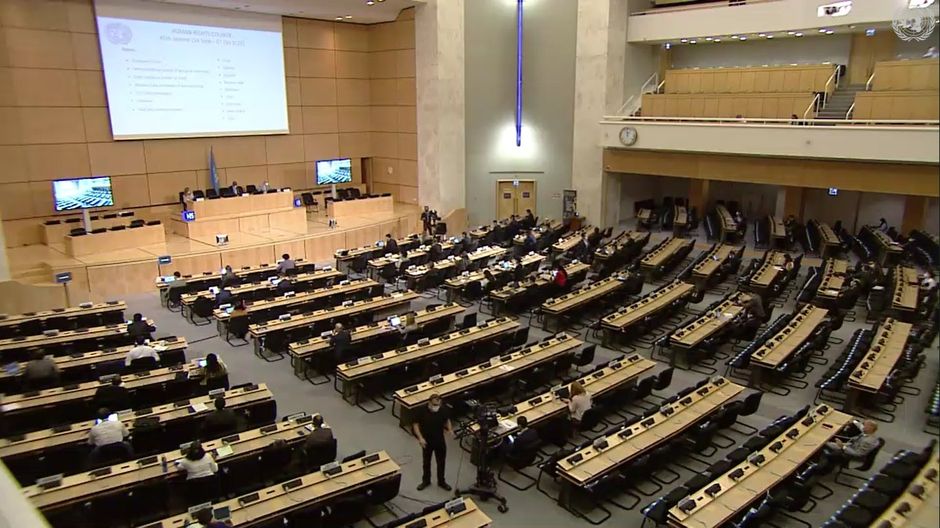 The World Evangelical Alliance (WEA) holds Special Consultative Status in the Economic and Social Council of the United Nations (ECOSOC), which allows it to actively participate in all sessions of the Human Rights Council (HRC).

In the 45th session of the HRC that is taking place in Geneva this week, the WEA denounced the abductions and forced marriages of minors in Pakistan, and the lack of freedoms and the violations of fundamental rights that Zimbabwe is facing.

“Pakistan failed in cases of abduction and forced marriages of minors”

“Pakistani authorities have failed to bring justice in cases of abduction and forced marriages of under-age girls belonging to religious minorities”, said Markus Stefan Hofer in an oral statement on behalf of the WEA, the World Council of Churches, and Christian Solidarity Worldwide.

He recalled the recent story of “Faiza Mukhtar, Aneeta Masih, and Maira Shahbaz, girls under the age of 18 and belonging to Christian families, who were abducted, forcibly converted to Islam, and married by force in Punjab”.

“In these cases, Pakistani courts have ruled in favor of the abductor. Courts have ignored the parents appeals for recovery of their children. The Child Marriage Restraint Act 2019 sets the age limit for marriage at 18, but courts are failing to determine the correct age of minor girls for the purpose of marriage”, Hofer pointed out.

The WEA representative also denounced that “courts have refused to consider birth certificates and official documents, which confirm age and religion of the girls”.

That is why they “call on the government of Pakistan to bring justice to these families, and to enforce legislation prohibiting child marriage with strict age verification mechanisms by the judiciary”.

“And we call on Pakistan to enforce Article 20 of its Constitution which prohibits forced religious conversion”, Hofer concluded.

Furthermore, “recent arbitrary arrests, abductions, torture, prohibitions of demonstrations, limitations on the right to freedom of expression, have only deepened the crisis”, he added.

“The WEA, together with our member the Evangelical Fellowship of Zimbabwe, urgently call on the government of Zimbabwe to respect the right to life of Zimbabweans and to prevent abuse and violations of fundamental rights at the hands of law enforcement officials”, Al-Saliby stressed.

According to the WEA Officer, “due to the nature of the crisis and the loss of trust in current national processes and institutions, the government and the ruling party will not be able to resolve the issues facing the nation of Zimbabwe alone”.

The evangelical entities “call for a dialogue to address the underlying causes of the current crisis, a dialogue that is transparent and that is inclusive of all components of Zimbabwean society”.

During the the 45th session of the HRC, the WEA, along with other religious entities, also expressed its “deep concern about the negative economic, social and humanitarian consequences of unilateral sanctions, especially those introduced without and beyond the authorisation of the Security Council”.

Those unilateral sanctions “not only make it difficult for countries to provide adequate humanitarian support to their population, but also have negative impact on humanitarian organisations and church institutions’ ability to effectively reach people in need and provide them with critical life-saving assistance”, they warned.

“We call for such unilateral sanctions to be lifted, or at least significantly relaxed, as a measure of care for the people. It is a legal and moral imperative to allow humanitarian aid to reach those in need without delay or impediment, including in the current COVID-19 pandemic, and to alleviate the social and economic impact on civilian populations”.