The church is one of the few that keeps a legal status, because it was registered before 1959. “As repression has spread, the bonds between pastors are stronger than ever", a pastor said. 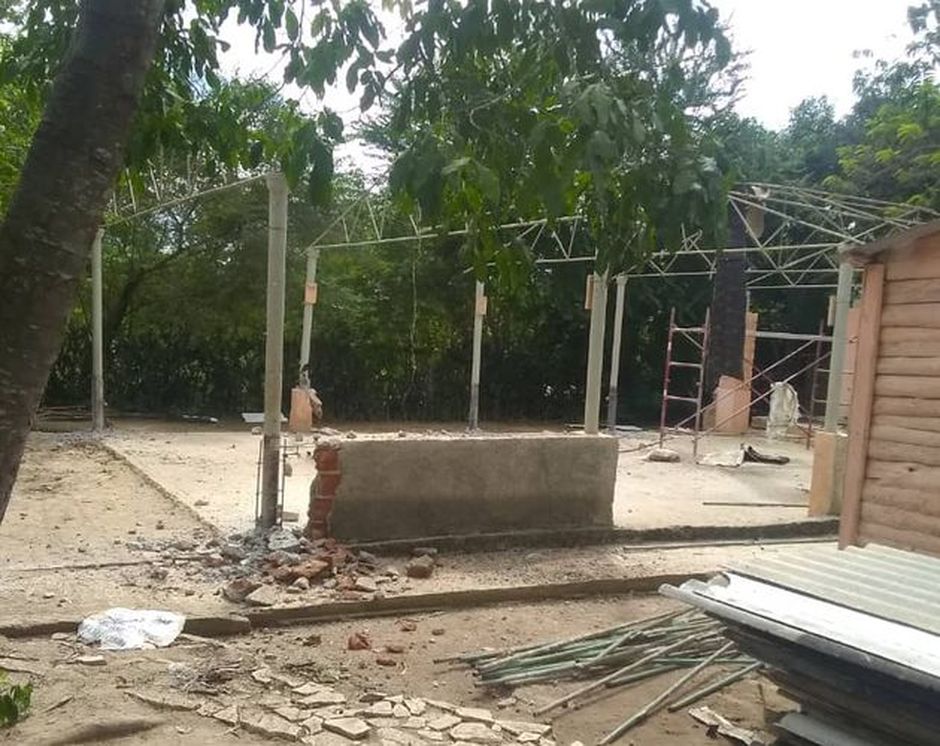 Demolition of the Assemblies of God church. / Ricardo Fernández.

On Friday, October 30th, the Cuban government demolished a church of the Assemblies of God in Abel Santamaría, a municipality of Santiago de Cuba, after months of negotiations with the denomination's leadership in the country.

The church is one of the few that keeps a legal status because it was registered before 1959, when the government of Fidel Castro closed the possibility of legalising new churches in the country, a situation that continues to this day.

The legal status allows churches to negotiate with the authorities and give them some rights, that the state uses as perks to show an international image of respect for freedom of religion and belief.

These so-called privileges are also used by the political police to create division and hatred between legal and illegal denominations.

There were already clear indications that demolition could take place since 27 October. According to several local residents, there was unusual activity by the political police around the site and the refusals to the leaders of the Assemblies of God were more aggressive.

That is why the members of the church joined in intercession groups and there was always a group of about 20 praying in the modest facilities of the temple.

Furthermore, other pastors of different denominations visited the small, wooden-walled “pastoral house”, to offer their solidarity to Pastor Faustino Palomo and his wife Orlis Leyva, who have been in charge of the church since 2004.

At 6 o'clock in the morning, when the police patrols began to arrive at the church, there were more than thirty people gathered, praying.

Even though the National Revolutionary Police presence was there to prevent that other Christians could join the group already gathered, some more managed to enter.

“We miraculously passed the police cordon and entered through the back of the church. The leaders of the Assemblies of God in the area were there, including the leader of Santiago de Cuba”, pastor Alaín Toledano Valiente, who entered along with three leaders of the Sendas de Justicia Christian ministry, told Latin American news website, Evangélico Digital.

Toledano explained that “in order to demolish the church, the police had to evict the Christians and did not hesitate to use violence. I started a live feed from Facebook so that the world would know what was happening and that's why I was arrested. We were held for more than 9 hours, they interrogated and threatened us”.

“When we had our church demolished for the first time in 2007, on the grounds that we were an illegal ministry in Cuba, many of the legal churches turned their backs on us because of the pressure from the political police. Today that reality has changed, as repression has spread to legally registered churches and the bonds of brotherhood between pastors are stronger than ever”, he added.

The official justification for this was the installation of a railway line that would be part of the rehabilitation of a cement factory in Santiago de Cuba. The houses on the site would be demolished and their inhabitants relocated.

But the only demolition that has happened so far is that of the church. None of the surrounding houses were demolished and even the “pastoral house" attached to the temple, was not touched.

The demolition came just 20 days after Cuba was elected to its fifth term as a member of the UN Human Rights Council, which has the responsibility of promoting and protecting human rights around the world, including the right to freedom of religion and belief.