European evangelicals prayed for refugees, victims of earthquakes and children

“Unique” was the theme of this year’s Week of Prayer in Europe. A summary of the highlights in Italy, Austria, Spain, Switzerland and the Czech Republic.

A Bible and the booklet of the 2017 Week of Prayer in a church in Spain. / AEE

Many believers across Europe joined one of the hundreds of meetings organised during the Week of Prayer, an annual initiative of Evangelical Alliances in which churches in cities and towns come together to pray.

The theme of this year (8-15 January) was “Unique” and the daily Bible studies and prayer issues were deeply connected to the “5 Solas” of the Protestant Reformation. Religious freedom was another central topic this year.

The Prayer Week started in the 19th century and is one of the identity traits of national Evangelical Alliances. It aims to celebrate unity in Christ.

Participants from Italy, Austria, Spain, Switzerland and the Czech Republic shared their experiences with Evangelical Focus.

ITALY: PRAYING IN THE REGIONS HIT BY EARTHQUAKES

“More and more prayer events are arranged throughout Italy during the Week of Prayer”, explained Lucia Stelluti of the Italian Evangelical Alliance.

“But we noticed that where suffering has been greater, prayer has been greater. Central Italy, which was struck by numerous earthquakes, has seen churches involved in many meetings during the Prayer Week”.

“Prayer is the first and basic way to exercise unity. When church is united, it prays and through prayer it humbles itself, and understands God’s will, and receives strength and encouragement to proclaim and live the Gospel faithfully”, Stelluti believes.

“Italy has not yet experienced directly the Reformation, and has been oppressed for centuries by the lie of a false gospel, that keeps people confused and lacking a true hope that is to be found only in Jesus. So while recalling together with our brothers and sisters in the world the ‘5 sola’, we cried to God that His word would be again at the centre of His people's life, so that a great spiritual movement could change our Nation”.

Christoph Groetzinger, Secretary General of the Austrian Evangelical Alliance, highlighted the creative ways people prayed in cities like Salzburg. “At one evening, we prayed at different places in the city. 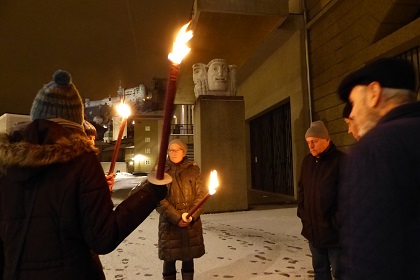 “The photo [see above] shows the prayer group before the ‘Festspielhaus’: we prayed for the musicians, the actors and the glorifying of God through the art like J.S. Bach did”.

Another special moment was to “pray with some refugees, who are already in the church for the refugees in our country and their integration. We prayed also for our neighbours, for evangelism, for the youth”.

Why should prayer be central for Christians? “Because we want to thank and honour God and we expect that He is changing situations in lives, in culture and politics”, Groetzinger said.

Jaume Llenas, Secretary General of the Spanish Evangelical Alliance (AEE) said the weeklong events at the beginning of every year are “the biggest effort for unity made in many cities in Spain throughout the whole year”.

“At times we emphasise the differences, the particularities; but when we pray to the same God we realise that there is only one Church, which has one purpose, which depends on the Holy Spirit and has been saved by one Saviour, Jesus”.

Israel Montes, who leads the Prayer Comission of the AEE, underlined the fact that most attendants to the Week of Prayer are older people. “We must start to promote prayer much more among youth and children”. Children should be actively included in prayer meetings and not just sent to their special class, Montes said.

Prayer unites God’s people because “it makes us feel we are all the same in front of God. When we pray for the same issues we realise that we are walking in the same direction and we identify with the needs, struggles and thankfulness of others”.

Spanish churches “thanked God for the gospel that arrived to us, we thanked for all those who suffered during the Inquisition and were faithful even at the risk of being executed”.

Spanish evangelicals also prayed that “the church will commit more to the Bible and to give glory to God alone”. “We have also asked God for wisdom for our political leaders and for a greater understanding of the Bible in our society”.

The events organised for July in Madrid, in which thousands of evangelicals will celebrate the 500th anniversary of the Reformation, were also a prayer issue.

SWITZERLAND: THE HERITAGE OF THE FIRST REFORMERS

“One thing which should be highlighted in Switzerland was the connection between the Reformation anniversary (Faith, Grace, Christ, Bible) and the prayer for unity”, Communication manager of the Swiss Evangelical Alliance Simon Bucher said. 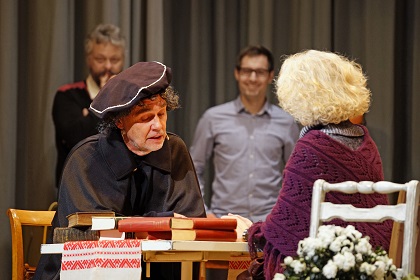 “It was encouraging to see how creatively the idea has been implemented”. In one of the meetings in Sulgen, fictional interviews with Martin Luther were represented.

The Swiss EA hopes the “heritage of the Reformation” continues to shape the churches in the future.

CZECH REPUBLIC: PRAYING WITH THE CHILDREN

In the Czech Republic, “something new we were able to develop was a family prayer guide, which was distributed through local churches”, explains Andrew B. Funka. “It was designed to help Christian families (parents, teens, children) pray together. We were able to encourage families to pray together, all ages united, in their homes”.

In this line, “our prayers were for children to know the hope of the Gospel of Jesus Christ, and that through children discovering Christ, whole families might come to faith”. 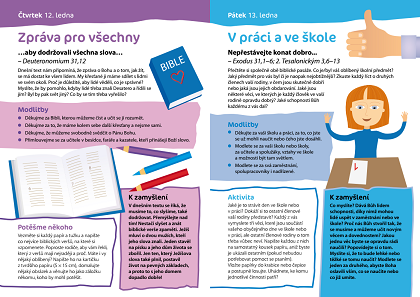 The Czech Evangelical Alliance believes that when Christians pray, “we open ourselves to the transformation brought by the Holy Spirit. When we pray together, as God works in and through us, we experience Jesus healing our brokenness in relation to each other”.