In the last months, regional and local authorities have met evangelical representatives in several cities. 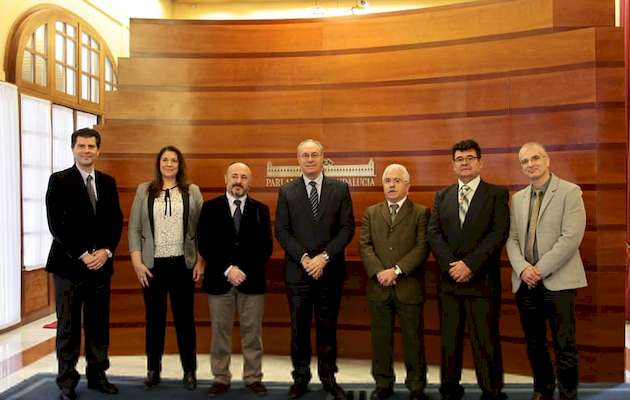 The president of the Andalusian parliament, Juan Pablo Durán, with evangelical leaders.

Spain has historically been a Catholic country, the Protestant churches have always been a minority, whose members were even persecuted in the past.

But this is changing in the last years, and the Spanish evangelical community has started to be more present in the public arena. Spanish society has specially recognised what evangelicals are doing to help those in need.

The celebration of the 500th anniversary of the Reformation has been an opportunity to show the beliefs, history, impact, values and future challenges of the evangelical church in Spain.

Many local and regional authorities have had institutional meetings with evangelical leaders, to learn more about them and to recognise the important role they play in the social action in many Spanish cities and villages.

They talked for more than an hour about the promotion of the framework agreement with the Andalusian government and the presence and history of the evangelical community in Andalusia.

Some days later, in the North of Spain, the President of the Galicia regional government, Alberto Núñez Feijóo, accompanied by the Regional Social Policy representative, José Manuel Rey Varela, met with leaders of evangelical churches in Galicia on December 26 at the government headquarters. 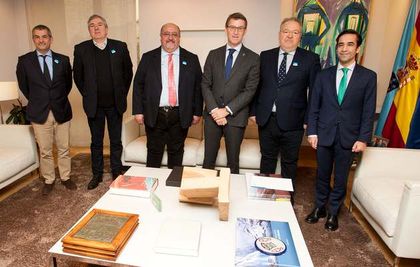 The autonomic leader praised the social action carried out by the evangelical associations and churches, especially those who help people and families with fewer resources or at risk of exclusion.

Also in Galicia, the Christian associations Nova Vida and Aslan, in collaboration with the NGO "Elfs and Socks" delivered on January 6, 230 Christmas gifts to children and adults of families at risk of social exclusion, in an event that was attended by the mayor of Vigo, Abel Caballero, as well as some members of the local government.

Caballero said he was happy to participate in this event and highlighted the work carried out by this evangelical church, which has received the honorary title of Distinguished Citizens for its social work. 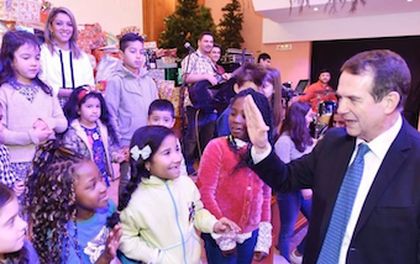 On January 26, the Mayor of Valencia, Joan Ribó, received a delegation from the evangelical community of the city and its metropolitan area. The meeting was attended by ten representatives of the Fraternity of Pastors and the Evangelical Council of Valencia.

During the ceremony, the Mayor expressed his satisfaction for being able to receive the evangelical representatives in the City Hall, just as he had previously done with the Catholic, Muslim and Jewish confessions. 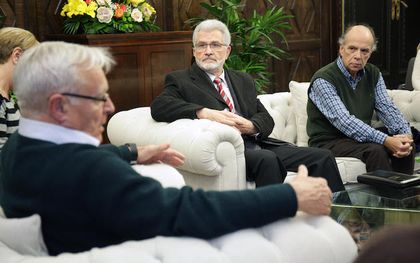 He also lamented the religious intolerance and persecution that many evangelicals sufferered in the past, and offered the help of local institutions to the evangelical churches.

Last Friday, February 2, Mamen Sánchez, the Mayor of Jerez de la Frontera, in the South of Spain, held a meeting with the coordinator of the Fraternity of Evangelical Churches of Jerez, as well as other representatives of the group, composed of a total of 15 congregations.

After the meeting, Mamen Sánchez, highlighted the interesting contribution of the Evangelical churches in the city, while showing willingness to continue working with them and to open new ways of collaboration. 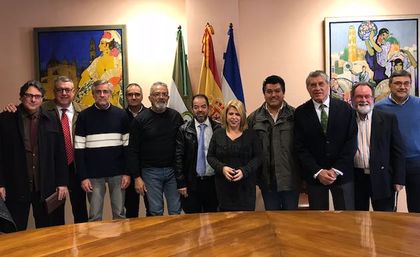 Last December, in the plenary session of the City Council of Alicante, at the request of the Popular Party, all the political parties approved an institutional declaration of recognition and support for the celebration of the Reformation Day every October 31.

That “will facilitate the celebration of events organized for the Day of the Reformation by the evangelical community of the city, with the sole purpose of informing about and recognising the value of its historical, social and cultural contribution, so that, we can combat prejudices that may hinder relations with the Public Administration and civil society as a whole”.