Fueled by the desire to “see more workers in the harvest field”, MOSTY (the Czech word for bridges) not only aims to see short-term missionaries involved in mission, but also to serve the sending churches abroad. 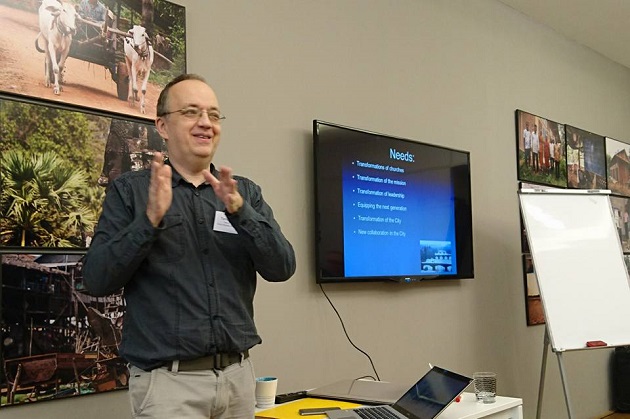 The beginning of this month saw the launch of a new missions project in Prague: MOSTY.

A group of church leaders and mission agency representatives visited Czech Republic to discuss how short-term missionaries can serve as interns in mission in Prague, and to hear more about missional communities – an important element in the project.

The project, MOSTY (the Czech word for bridges), was developed by Tomás Grulich, a pastor in the Církev bratrská, the evangelical free church in the Czech republic, and missionaries from the United States and the Netherlands.

Fueled by the desire to “see more workers in the harvest field”, MOSTY not only aims to see short-term missionaries involved in mission, but also to serve the sending churches abroad.

Tomás Grulich shared about the vision of the project. Recently he planted a church in Prague, that is centered around small discipleship-groups and missional communities. “Jesus calls us to become His disciples, which means: an ongoing transformation of our individual lives. He also calls us to be missional disciple-makers, as we are inviting others to a journey of modelling the character of Christ”.

Lee Heyward reminded the participants, that this is part of a bigger story: “God asks the church to pick up the original calling to Israel, to be a blessing for the nations”. MOSTY has a strong focus on the reciprocity in mission and the belief that mutual and lasting impact is only possible through partnering of sending and receiving churches. 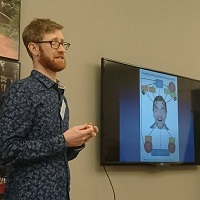 Tom Clyde introduced ‘James’ to the audience, represented by the face of Mr. Bean on PowerPoint, as a model participant for MOSTY. Through the eyes of James the participants saw the different stages of the project. This starts with the development of the relationship with the sending church, several months of coaching of the participant by his church. And of course, preparations and fundraising through a missions’ agency.

Tom Clyde: “Upon arrival in August, James and his fellow participants go through a month of intense language and culture studies. After that they need to find a shared flat to live in, and they are placed in a missional community and in one or more ministry initiatives in the city.” Clyde continues to say that, through the lens of MOSTY, these are all communities that James is part of. They are places of communal mission, from which participants are sent into mission alongside Czechs. “But we also value local communities where we work alongside people of other convictions for the common good in our city and for shalom in society,” he says, “and through that, we desire to see these communities transformed as well”.

The second day of the gathering was also visited by members of existing Czech Missional Communities. The speaker of the day was Mike Jarrell, a coach of several missional communities in the United States, and planting pastor of the Narrow Road Communities.

He shared many stories of his personal engagement those outside the church in Mission through the missional communities as “people like to party and to serve with you”. This was an eye-opening statement that led to some discussion about how to apply examples from an American culture in the Czech Republic. 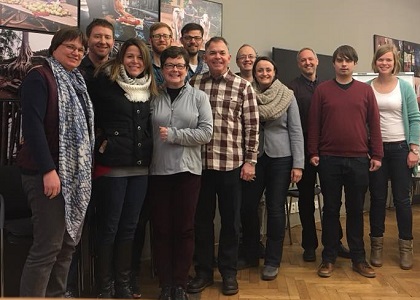 Jarrell organizes his missional communities in a model of ‘three spaces’. With the committed believers he gathers regularly in the third space, where they pray and hold each other accountable in Mission. This is a place of discipleship too. Out of this inner circle, the community engages in activities that they organize in the first, or ‘party’ space and the second, the ‘table’ space. He found out that many people only see their best friends about four times a year, “so if you invite them to watch a game, to have a barbecue about every monthly, you become their best friend!”. Being friends is not a project, Jarrell stresses, “it makes people feel safe and open up to you”. Throughout the program he encouraged participants “to try a hundred times, and to fail a hundred times”.

The conference in Prague ended with an invitation to future cooperation.

Currently participants can apply through ReachGlobal in the US and GZB in the Netherlands for the first cycle, starting in August 2018.

More information about the project is to be found online (in Dutch, but with English downloads).