150 years of evangelical presence in the heart of Barcelona

A Brethren church commemorates the anniversary with cultural activities and worship services. “We want to be a light in the neighborhood of Gracia and in our city”.

An old photo of a church trip of the Terol Church. / Asamblea de Hermanos de Gracia

This year marks 150 years since the opening of the evangelical church located on Terol street in Barcelona, Spain.

The current Church of the Brethren congregation will commemorate this century and a half of existence, with a series of cultural activities.

“Without falling into the nostalgia of thinking that past times were better, it is necessary to learn from everything history teaches us to move forward stronger than ever. We want to appreciate all the good that has been done and enjoy it”, says Noemí Cortès, a member of the community. 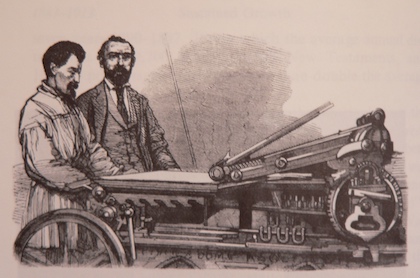 FOUNDED IN 1869 BY A BRITISH MISSIONARY

The Christian community, founded by British missionary George Lawrence, officially opened its doors in September 1869. Then, the church was one of different mission projects Lawrence established after his arrival in the Barcelona neighborhood of Gracia, such as several schools, a printing house and an asylum house for the sick and the poor.

“We are not in an easy moment nowadays, but this celebration allows us to look to the past, see how it all started from very little to make spectacular progress spreading the message of the gospel”, Cortés added. 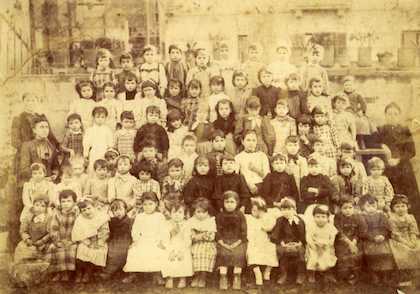 AN EXHIBITION, MUSIC AND PAINTING

An exhibition, which can be visited between September 14 and 29, an institutional event, and the participation in the official ‘night of religions’, on September 14, will show how the Terol Brethren church was present in key moments of the Spanish history. These includethe Bourbon Restoration, the fall of the monarchy, the Republic, the Spanish Civil War, the Francisco Franco dictatorship, and the democratic transition.

The arts will play an important role in this anniversary. Christian painter Sergi Barnils will hold a worskshop, and up to four musical performances have been organised.

All these public initiaitives aim to reaffirm the identity of the church in the heart of the Gracia neighborhood. “We are directing our efforts to be a determined church again, that the people of our neighborhood come to know us and know what we are doing”.

Terol wants to “continue with what we are already doing, such as distributing food to vulnerable families, or opening the doors of the church to homeless people on the coldest nights of winter, and continue to use all the opportunities that are offered to us”, Cortés explained. 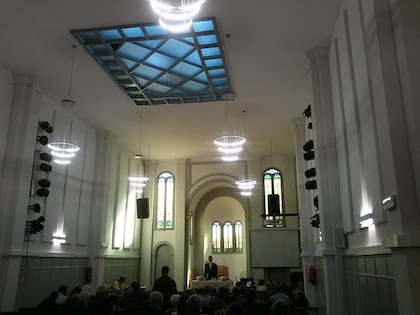 “We want to be a light in the neighborhood and in our city, be an integral part of its life and actively participate in what it happens here. We see the hand of God that helps us in everything we do and we want to rest in it, grateful to know that 'the Lord helped us up to here'” .

Furthermore, Cortés stresses that community “wants our city and our country to see ‘the light of world’”.

Four churches will celebrate a united worship service on September 29, and a service focused on the 150 years of community history will close the anniversary on October 20. The church of Terol will also host this year's Conference of Catalan Brethren Churches, between November 29 and December 1.

Published in: Evangelical Focus - cities - 150 years of evangelical presence in the heart of Barcelona