Thousands of evangelicals prayed together for Spain

12.000 march for Jesus in Madrid, and at least 8,000 participated in the Festival of prayer and music that followed. 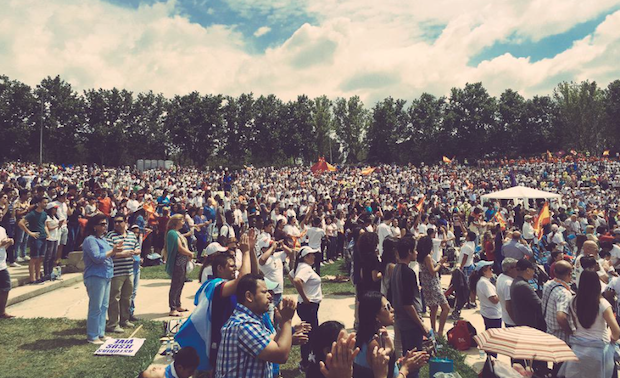 The national event “Spain, we pray for you” took place in Madrid on Saturday, June 13th, with the attendance of thousands of evangelical Christians, who gathered to pray for the necessities of country, and to give a Christian testimony, so that many would know Jesus.

The previous weekend, there had been regional events with the same purpose, but this national gathering  called at least 12.000 evangelicals to march for Jesus in Madrid, and at least 8,000 participated in the Festival of praying and music that followed in the afternoon.

Prior to the march, around 200 leaders and representatives of different ministries, churches and denominations participated in a prayer breakfast with several politician that were invited to the event.

Among the authorities, there was the Assistant manager of Interfaith Relations, the former Director of Religious Affairs, and the representative of the Christians Socialists. There were not many politicians, because many were taking office that day, after the regional elections that took place in Spain last May. 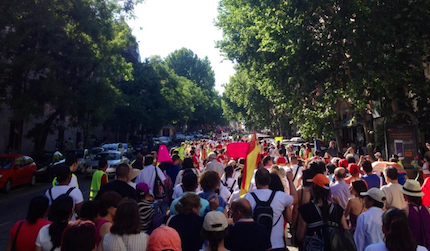 The march started at 1 pm, from Atocha, one of the biggest squares in Madrid, and around 12.000 people walked together for Jesus, in a festive atmosphere, carrying signs and banners with mottos like “Jesus Loves Spain”, or biblical verses.

Leading the march, there was a big banner which read “Spain, we pray for you”, and there were several stops throughout the march, to pray together.

Following the march, there was a big festival in a park downtown Madrid. Well-known singers from all around Spain sang and praised God, along with more than 8.000 people who attended the event.

One of the city councilwomen of the district where the festival took place, greeted the participants, and talked about the importance of faith in society, thanking the evangelicals for everything they do for their communities. 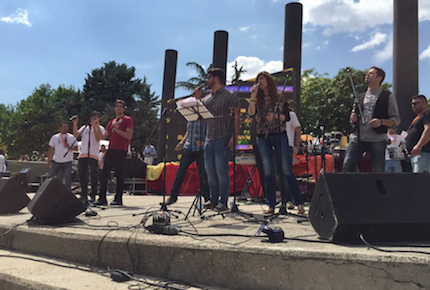 The event was broadcasted for Latin America and Europe through radio, television and Internet, and had impact in social media with the hashtag #espanaoramosporti.

Published in: Evangelical Focus - cities - Thousands of evangelicals prayed together for Spain